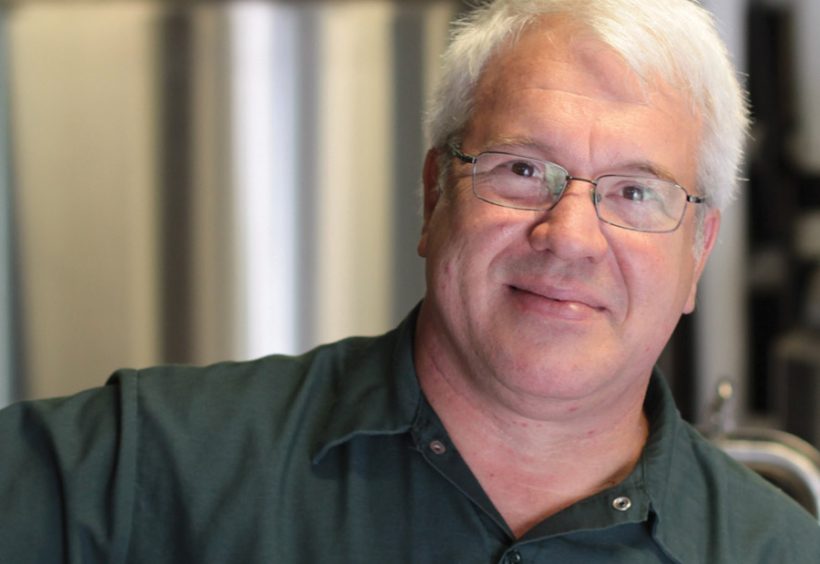 When John Stuart arrived at the Green Man Brewery seven years ago, he took the beer lineup apart and rebuilt it from scratch. Green Man is one of Asheville, North Carolina’s old-line breweries—a legendary name in a legendary beer town. And under Stuart and his crew, it’s been growing faster than ever. Delivering unique takes on English Ale standbys, Green Man pairs them with an array of sought-after American IPAs, Stouts and American Wild Ales. “To me, beer is an art form that requires an enormous amount of science,” Stuart says. “In the beginning, when I started to break things apart, and really look into what goes into a beer, it just hooked me.”

1. Find your tribe
John Stuart found good beer 30 years ago, when he was living in Dallas. The Reinheitsgebot Brewing Company, one of the US’ first-wave craft breweries, introduced Stuart to something he’d only seen before in imports: beer with color and flavor. The staff at Reinheitsgebot steered Stuart toward the local homebrew club, which gave him a fever for brewing that’s never subsided. “These days, homebrewing is a great hobby,” Stuart says, “but back then, if you wanted beer with more hops, or different flavors, you had to brew it yourself.”

2. Share the science
Stuart started out working on the Reinheitsgebot bottling line. Riding the 1990s’ craft beer boom upwards, he moved on to brewing and then traveled the Southeast for years, opening up breweries for a regional brewpub chain. After a stint at the Siebel Institute, he spent a decade brewing in Atlanta. Along the way, Stuart learned there was a lot he didn’t know, and he learned it’s OK to look to factory brewers for help. “We’re brewing beers the macros aren’t, but we’re not reinventing brewing,” Stuart argues. He points to Dr. George Fix, who helped teach Stuart to brew. Fix was both a technical consultant to macro brewers, and a nationally recognized homebrewer. “Being exposed to [the science] early on, I took a real interest in the technology, in how to do things better, and make the flavors you want to make.”

3. Make a scene
Stuart traded Atlanta for Asheville and Green Man in 2007 because, he says, “I was really, really tired of the city, and I wanted to move to the mountains.” The Asheville that greeted Stuart had a vibrant brewing scene that had sprung from the city’s robust arts culture and local-first pride. Its brewing scene has exploded in recent years. Since Stuart arrived, dozens of new breweries have opened in western North Carolina and the scene has blown up in scale, with Sierra Nevada, Oskar Blues and New Belgium adding major production facilities outside Asheville. “People in Asheville are specifically focused on sustainability and the local economy,” Stuart says. “We have a neat little beer community in this town.”

4. Start fresh
When Stuart arrived at Green Man, he rebuilt the brewery’s lineup around three flagships: an English-leaning IPA, an ESB and a robust Porter. Stuart leaned in a British direction because the brewery’s namesake Green Man is rooted in Celtic culture, and because they’re styles he naturally gravitates to. “If I could brew anything, I’d still brew the beers we brew now,” he says. “The English styles we do are some of my favorite styles in the world.”

5. Build up steam
Green Man’s ownership changed in 2009, and ever since, the brewery has been growing at a rapid clip. Lately, production has doubled almost every year. Breakneck growth makes things like contracting hops two years in advance a little hairy. But Stuart likes having momentum behind him. The brewery is in the middle of building a new warehouse and packaging facility; when it’s done, Green Man will have room for a significant expansion of its capacity, including its barrel-aging program. “Growth feeds on itself,” he says. “I know a lot of brewers who are super creative, but they don’t have the financial resources to expand on their creativity. When you produce volume, and you’re financially comfortable, you can try creative things.”

6. Follow your nose; keep your roots
Hopheads dominate craft beerdom. Stuart, on the other hand, is a geek for malt. He’ll readily list his favorite varieties of malting barley, by country of origin. His Green Man IPA is an English-style IPA primarily because it’s built on a blend of Stuart’s favorite English-grown, floor malted pale and crystal malts. He initially brewed the beer with Target, Challenger and Golding hops, but the English varieties didn’t resonate with consumers, so he swapped them out for heavy doses of Columbus, Cascades and Centennials. And while he ferments the beer with an American ale yeast, the soul of Stuart’s IPA is in its malt base, and it’s rooted in English tradition.

7. Celebrate the paradox
Predictably for an English Ale fan, Stuart is an ESB guy. He loves the style because it’s a study in rich malts, and because, he says, the “bitter” in its name makes it a “remarkably misunderstood style. That paradox of it being called a bitter, but malt being the predominant flavor, appeals to me.” In the decade before Stuart arrived at Green Man, he’d been chomping at the bit to brew an ESB, but could never convince his bosses to sign off on it, because they didn’t understand what it was. So when Stuart began rebuilding Green Man’s portfolio, years of mental notes on his dream ESB came pouring out. It’s now one of their best sellers, second behind the IPA.

8. Strike a balance
The Rainmaker, Green Man’s Double IPA, shows how Stuart’s reverence for quality malt translates even to the hoppiest recipes. Rainmaker is a 9-percent ABV brawler that clocks in at 158 IBUs. Inspired by West Coast hop bombs, it’s loaded with juicy Simcoe, Centennial, Cascade and Columbus hops, and dry-hopped twice, but Rainmaker has a much more pronounced malt backbone than the beers that inspired it. “I just don’t get beers that are extremely dry and extremely hoppy,” Stuart argues. “I’ve always felt like there’s something missing from them. You want people to think about hops, but by the time they’re done with it, you want there to be enough balance so it maintains drinkability. To me, drinkability is like the umami effect, where you want more. That’s what balance does.”

9. Ride the new wave
Stuart lived through the boom-and-bust cycle of the 1990s and early 2000s. He’s convinced that the explosive growth craft brewers are experiencing now is completely different. “We’ve reached such a level of consumer engagement that it’s ours to lose,” he says. “We’ve passed the tipping point of social acceptance and demand creation. We now have an entire drinking generation that, from the time they were born, has had a tremendous amount of craft and imports on the shelf. That makes all the difference. In the 90s, if a brewery failed, the blame might be on the owners, or the quality, but the blame could also equally be on their market. Brewers who fail now, it’s not because of lack of consumer acceptance.” ■ 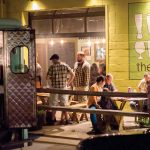 Previous: The Birch in Norfolk, Virginia 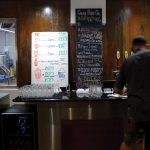