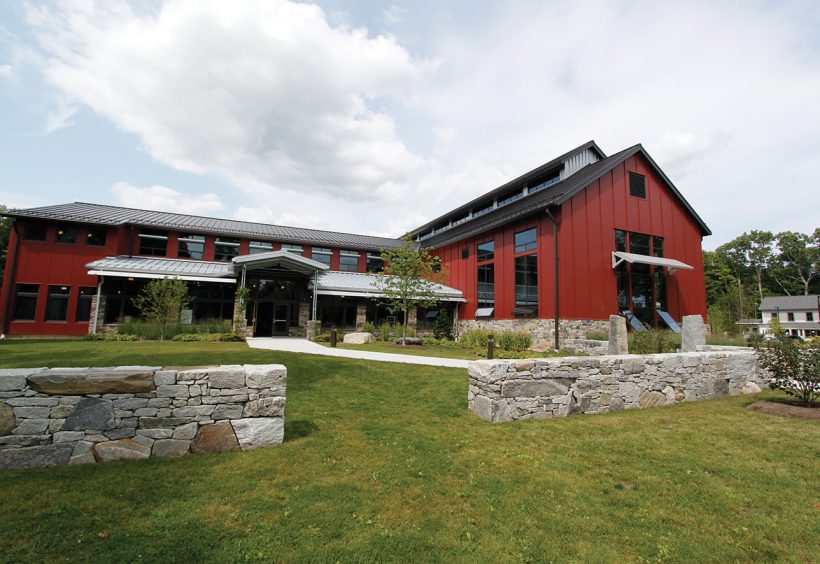 Peter Egelston, the founder of New Hampshire’s Smuttynose Brewery, is well aware that some in the craft beer world view heavy use of technology as minor heresy. When his 20-year-old operation moved this year from a cramped and thoroughly analog brewery to a new facility featuring state-of-the art equipment, even some of his own employees asked whether setting temperature controls and inputs through computer software was really brewing.

Egelston has a different take: A painter choosing a brush or a chef choosing a knife will buy the very best one they can afford, he says. “I don’t really see why brewers should be held to a different standard. Is your beer somehow more authentic if you’re making it on kind of antiquated equipment? Because that’s kind of what we’ve been doing for the past 20 years.”

In the old brewery, for example, a hot water line and a cold water line fed the strike water pipe. Other water needs around the brewery could alter the hot/cold blend, so a staff member needed to stand there tapping ball valves with a mallet to keep the strike water at the right temperature.

“Thumping a handle with a little rubber mallet is not a brewing skill,” Egelston says dryly.

What really won everyone over to the new system, he says, was the consistently high quality they get from it. New brewing and packaging equipment mean every bottle of Smuttynose’s popular Finestkind IPA or Old Brown Dog Ale taste just the way the brewers want them to.

Trying New Things
But being able to achieve consistency doesn’t mean the end of playful experimentation. Just the opposite, in fact: With the new brewery in full swing, Smuttynose has converted its old digs into a separate operation known as Smuttlabs that can make experimental beers in meaningful quantities. Earlier this year they released Satchmo, a Porter created with black trumpet mushrooms in collaboration with Chef Evan Mallet, and Hugs ’n Rainbows, a sour Red Ale aged in whiskey barrels. If the main brewery is serving the increasingly mainstream market for craft beer, Smuttlabs is aimed at connoisseurs on the lookout for more surprising offerings.

“In some ways we’re able to have it both ways, to get bigger but also get smaller and really focus on both ends,” Egelston says.

To David Yarrington, Smuttynose’s director of brewing operations, the new facility is a chance for the brewers to really flex their muscles. A new centrifuge means it’s now possible to use dry hops to achieve certain bright notes, while better temperature controls make it easier to perfect lager styles like the company’s Vunderbar Pilsner. And a new vacuum bottling machine virtually eliminates air from the bottles, increasing shelf life. With Smuttlabs, the company’s brewers now have an opportunity for more creative brewing pursuits. “It’s fun to be able to offer that to some of these guys that are really good at what they do but just needed a showcase for their talents,” he says.

Benjamin Lord, co-owner of the Black Birch restaurant in Kittery, Maine, says he’s been impressed with Smuttynose’s careful expansion. “I think they’ve done a really fantastic job growing as a company and staying true to their vision.” Particularly since the new brewery went online, he says, “everything is just fresh and clean and fun to be able to drink.”

Bad Home Brew Beginnings
Egelston’s connection with craft beer inauspiciously began in the early 1980s, when he and a roommate saw an ad for a homebrewing kit in the back of a magazine. “We thought it was sort of a really stupid idea but we scraped together the 15 or 20 bucks or whatever it was,” he says.

The kit consisted of a five-gallon plastic jug, a can of malt extract syrup, some Red Star yeast and some “pathetic little dried-up hops,” he says. “The beer was terrible, and my roommate lost interest immediately.”

But Egelston didn’t. Instead, he tracked down what he thinks may have been the one place in New York City where you could buy homebrewing supplies at that time—a wine making shop in Little Italy that devoted a couple of shelves in the back to beer. “It was a tiny little selection in a tiny little store,” he says.

It wasn’t until a few years later that his hobby evolved into something more. In the mid-80s, he was working as a high school teacher in Brooklyn when his sister Janet and her boyfriend came through town. They’d been driving around the country running T-shirt concessions for rock bands on tour, and told Egelston and his then-wife about little bars out west that brewed their own beer. “They were saying these were really great places, they were fun to go to, and the beer was good,” he says. “Within a year, we had all quit our jobs and moved to New England, up to Western Massachusetts.”

There they opened the Northampton Brewery, currently the oldest continually operated brewpub in New England. The enterprise quickly proved to be a success, and they started looking for another location, leading to the opening of Portsmouth Brewery in downtown Portsmouth, New Hampshire, in 1991. Soon after, Egelston bought the remains of the Frank Jones Brewing Company at a bankruptcy auction and started Smuttynose.

Today, Janet Egelston owns the Northampton Brewery, while Peter and his partner Joanne Francis own the Portsmouth Brewery and Smuttynose. They’re very different sorts of businesses, Egelston says, but they work together well, with the brewpub’s customers offering instant feedback about winning ideas that could be scaled up for production at Smuttynose.

Egleston has seen a lot of changes in the craft brew world, from its beginnings in the ’80s to the “land-rush mentality” of the early 1990s, when some companies just slapped cute labels on mass-produced beers, and on to the present, when small breweries are cropping up all over.

“Part of the challenge with Smuttynose is to genuinely find ways to stay fresh and interesting and new in a world that seems to be dominated by the pursuit of the latest and greatest,” he says. “I think for us the best way to do that is just keep making really good beer and sharing that with as many people as possible.”

Egleston believes the new location is one way to develop more loyal customers. The brewery is nestled on a 14-acre historic family farm that will include a restaurant and a disc golf course, as well as a meadow and a barn that will be the setting for festivals and special events. The company is a long way from a tiny bootstrap operation that some people picture when they think of craft beer, but that doesn’t bother Egelston. “We’re really at a place that we strived hard to get to,” he says. 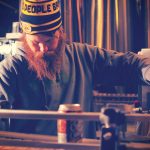 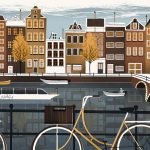