Where to Drink in Amsterdam, Netherlands 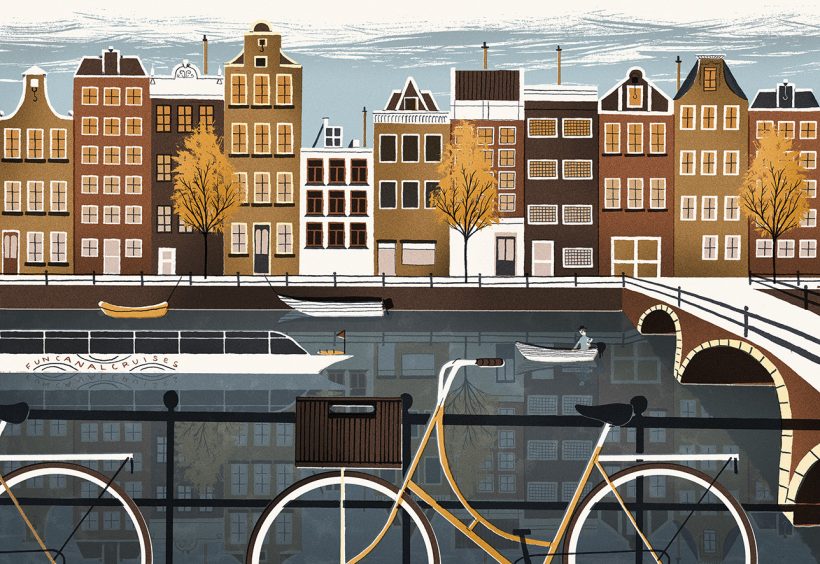 In the Netherlands, a cyclical ebb and flow of brewing prominence has carried on since the Middle Ages, when for a time, individual residents—including children and the elderly—consumed around 275 gallons of a weak, low-ABV table beer annually in lieu of poor-quality drinking water.

During this period it was practically a necessity for households across northern Europe to have their own small breweries. While most of these homebrews were for private consumption, the best brewers sold their surplus and eventually helped kick-start a commercial trade in the Netherlands that counted as many as 2,000 breweries in the 17th century.

By the mid-19th century, greater taxation, increased competition from foreign suppliers and popular demand for the newly invented Pilsner contributed to a streamlined domestic industry that persisted well into the 20th century. As recently as the 1980s there were fewer than 15 breweries nationwide; three of them—Grolsch, Heineken and Amstel (the latter joined Heineken in 1968)—dominated the market and continue to do so today.

In recent years, however, the tide has again turned. The Netherlands is now home to upwards of 225 breweries; in 2013 alone some 60 new microbreweries launched, many of which are contract brewers, as is common in Europe. Amsterdam is certainly at the forefront of this Dutch renaissance, as newcomers like Oedipus Brewing, Two Chefs Brewing and Butcher’s Tears are among the city’s more than 30 breweries, brewpubs and nanobreweries with their own production facilities.

Best of all, this latest wave of Dutch brewers has distanced itself from the middling lagers that long defined the country’s beer, introducing a more diverse and nuanced range of styles that have finally put Amsterdam back on the world’s beer map.

Butcher’s Tears Proeflokaal
Tucked away in a garage in the heart of an Oud-West industrial zone, the sleek tasting room for this fledgling microbrewery is more art gallery than beer hall. The day’s tap and bottle list are scribbled with black marker on white subway-tiled walls, while custom picnic tables made from bamboo provide communal-style seating. Photo book swap meets are held monthly, while art shows, literary readings and music performances take place in a somewhat secret space behind the bar.

Café Gollem
One of the city’s smallest watering holes is also one of its best. Open since the mid-1970s, the godfather of Amsterdam beer bars squeezes 14 taps and more than 200 bottles into its tiny original location between Singel and Spuistraat. The focus is decidedly Belgian; if you’re lucky, bottles of sought-after Trappist ales from Brouwerij Westvleteren might even be available. Head to one of Café Gollem’s three other Amsterdam outposts if it gets too crowded.

De Prael Proeflokaal
Vinyl records from famous Dutch folk singers like André Hazes and Willeke Alberti cover the walls of this cozy three-floor taproom and restaurant, appropriate since each of Brouwerij de Prael’s beers are named after them. More than 10 taps and an assortment of bottles are available here, situated within what was once the ’Dam’s Beer Quay—today the slightly touristy Red Light District. Don’t miss the weekly Sunday jazz sessions and (when available) seasonal Rubberen Robbie, a smoked Porter collaboration with Oedipus Brewing.

Beer Temple
Look for the Statue of Liberty replica in the front window of this classically styled beer bar, which pays homage to US craft brews by pouring the likes of Rogue, Westbrook and 3 Floyds from the majority of its 30 taps. Make sure to try the bar’s exclusive house American Pale Ale, a joint effort from Dutch microbreweries Jopen Bier and De Snaterende Arend.

Brouwerij ‘t IJ
Already pumping out Amsterdam’s largest range of beers, this year Brouwerij ‘t IJ upped its annual brewing capacity to roughly 2,000 liters by adding five new tanks to its facilities on the city’s outskirts. The best way to reach its laid-back tasting room is by making the short pilgrimage by bicycle—its location underneath the country’s tallest wooden windmill ensures you can’t miss it. English-language tours (€ 4.50) are held every Friday – Sunday at 3:30 p.m. and include one beer.

Arendsnest Proeflokaal
With its warm wooden paneling, chalkboard menus and mishmash of beer-related regalia, Arendsnest is of a similar style—and from the same owners—as Beer Temple, right down to its 30 taps and more than 100 bottles. The key difference here is that all taps are exclusively reserved for Dutch beers, a well-curated list drawn from a broad range of styles that span from sessionable (de Prael’s 4.9-percent Zwarte Riek) to sippable (Emelisse’s 10-percent Triple IPA).

Oedipus Brewing Proeflokaal
Four-man microbrewery Oedipus kicked off the year with a lucrative crowdfunding campaign that netted 200 percent (€ 100,000) of its goal in less than a month. Contract brewers until this point, Oedipus put the extra cash toward the purchase of repurposed equipment from a Belgian brewery and construction costs for its new Westerdok brewpub. Try their flagship Mannenliefde, a Saison made with Sorachi Ace hops, lemongrass and Sichuan peppers.

In De Wildeman
This convivial pub is so widely revered that in 2012 Flying Dog Brewery brewed a farmhouse IPA in honor of the bar’s 25th anniversary. Housed in an old Centrum distillery, a five-minute walk from the central railway station, In De Wildeman has 18 taps and hundreds of bottles, most of which come from Dutch and Belgian breweries.

Staring at Jacob
Jacob van Lennepkade 215
staringatjacob.tumblr.com
Last year chefs Anthony Joseph and Noah Tucker, the duo behind local favorite Fraîche, spun off this casual all-day brunch hotspot, praised for its seasonal menu of gourmet platters paired with a rotating list of craft brews that often include Oedipus, BrewDog and Anchor Brewing. Chicken and waffles with jam are a specialty, while Thursday night kitchen residencies from The Beef Chief, winner of Amsterdam’s inaugural Burger Beer Battle, pack the bar and dining room to capacity.

Brouwerij de 7 Deugden Proeflokaal
A Saturday afternoon field trip to this countryside Nieuw-West tasting room, roughly 30 minutes by bicycle from the Canal Belt, just might be the most intimate beer experience in Amsterdam. Here in a room with little more than a few picnic tables you’ll drink the growing microbrewery’s seasonals and signature beers—named after each of Christianity’s “seven virtues”—with founder and head brewmaster Garmt Haakma. The on-site bottle shop is open Tuesday – Thursday, and additional tasting sessions can be arranged on request.

Bierfabriek
Rokin 75
bierfabriek.com
Peanut shells carpet the floors of this cavernous, industrial-style brewpub that features five tables outfitted with self-service taps pouring a Pilsner, a Red Ale and a Porter, all brewed on-site. Beyond the complimentary peanuts, Bierfabriek also offers a variety of finger foods, Dutch cheese and charcuterie boards, barbecue chicken and beer yeast breads baked daily at its own bakery. Advance reservations for tap tables are recommended.

De Bierkoning
Like a candy store for craft connoisseurs, the aptly named “Beer King” stocks more than 1,400 bottles from around the world and is the best place to score rare and seasonal brews from Holland’s cult producers; the shop’s friendly, knowledgeable staff is more than happy to make recommendations if you need them. On top of the incredible bottle collection, an extensive selection of T-shirts and glassware makes De Bierkoning any traveling beer lover’s ideal gift shop. ■ 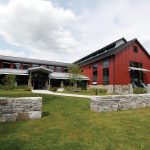 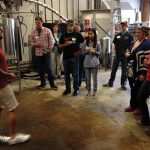