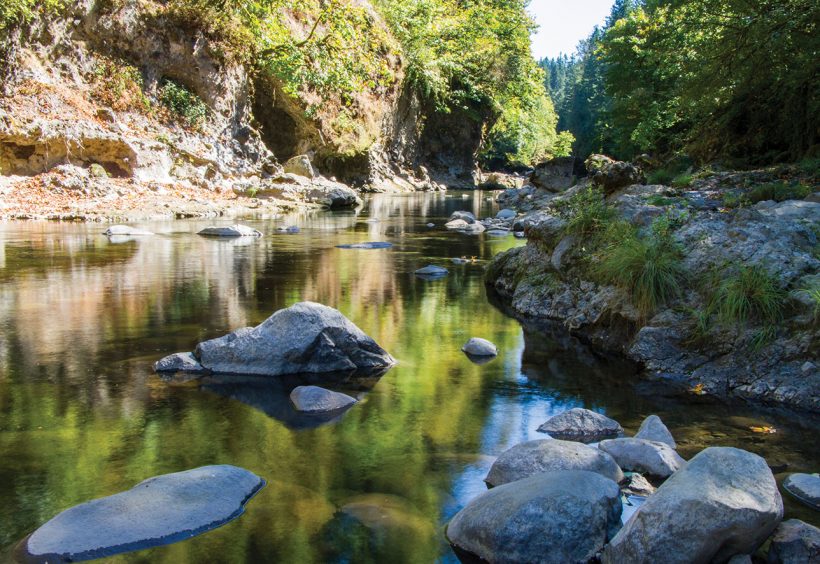 In southeast Portland, Ore., just 30 blocks from the Willamette River and 75 miles from Mt. Hood, the folks at Hopworks Urban Brewery are brewing organic beer with a distinct Northwest flavor. Opened in 2007, brewmaster and owner Christian Ettinger describes HUB as one of Portland’s second-generation breweries. A native Portlander, Ettinger experienced how beer creates community at age 19 when he studied abroad in Cologne, Germany, and got a taste for the city’s hybrid lagers. He brought that back to Stumptown with the brewery’s flagship beers: HUB Organic Lager and Hopworks Organic IPA. In 2011, HUB opened its second brewpub, BikeBar, in north Portland. To brew beer with a focus on local, sustainable ingredients, Ettinger can’t live without these five essentials.

1. Bull Run Watershed
At HUB, brewing organic beer means taking advantage of Oregon’s local bounty when it comes to the three power ingredients: water, barley and hops. “We’ve got the best water in the world because we’ve got Mt. Hood,” says Ettinger. Less than 30 miles from downtown Portland, the Bull Run watershed in the Mt. Hood National Forest collects rain and snowmelt that flows into the Bull Run River and its tributaries. “We’ve got soft Bull Run water that comes to us unfiltered.” 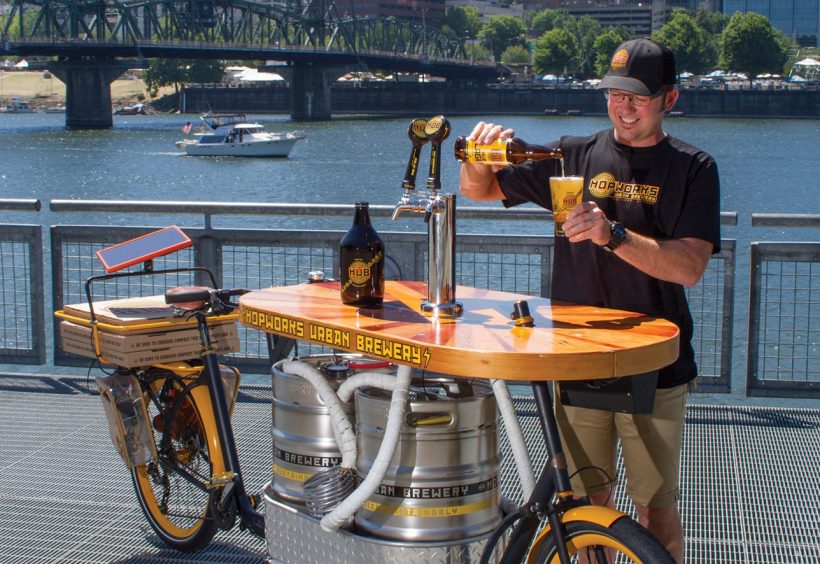 2. Bar Bike
“The cycling community is so strong in Portland—it has so many parallels to the beer community,” says Ettinger, who is seen on occasion pedaling Bar Bike, Hopworks’ custom-made bar on wheels. Loaded up with two kegs and a few pizza boxes, it’s ideal for pouring beer at one of the city’s many festivals. Ettinger’s personal passion for cycling comes through at HUB—the brewery sponsors local bike advocacy groups, offers bike parking out front, and compensates employees who bike to work. 3. Canning Line
The brewery is on a mission to create zero waste, currently diverting more than 97 percent from the landfill, including its composting and spent-grain programs. The most efficient brewing equipment, like the new rotary canning line from Comac, is part of the mission. “Waste is a huge issue in any brewery and this line significantly reduced our low-fill waste and dramatically extended our shelf life,” says Ettinger. 4. Outdoor Space
HUB’s commitment to creating beautiful spaces that work with the environment is nowhere more evident than its outdoor areas, which can seat more than 75 guests. Cars park in a lot paved with pervious stones to reduce runoff. Drought-tolerant plants in recycled keg flower planters cut down on water waste and brighten the patio’s 70-bike corral and communal picnic tables (where beer drinkers sit, rain or shine). And from May to October, guests seated at the restaurant’s long balcony overlook a small hop yard where 80 pounds of wet Cascade and Willamette hops were harvested in September for Powell Estate IPA, a beer named after the street where the brewery is located. 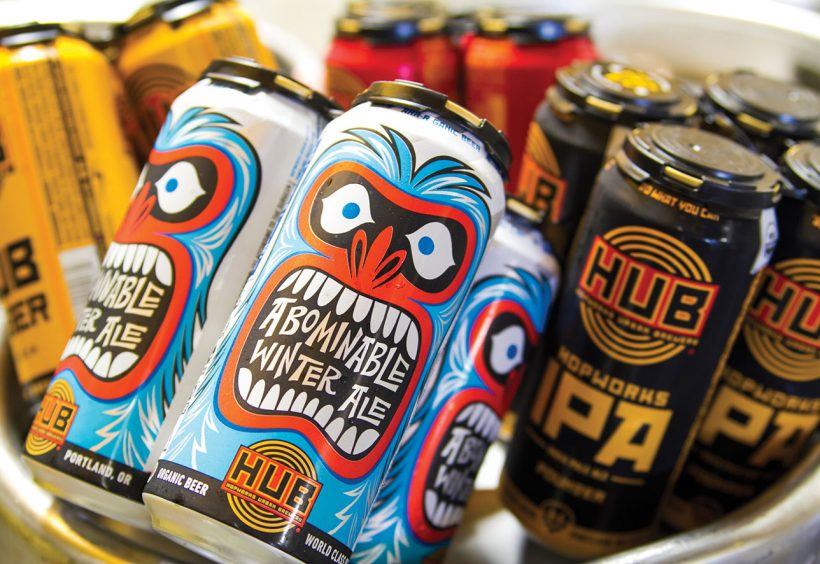 5. Aluminum Containers
Not only do cans make it easy for Portland’s adventuresome drinkers to throw a couple beers in a backpack while hiking or camping, HUB’s 16-ounce format provides more room for art—like the vibrant illustration on the seasonal Abominable Winter Ale. Plus, Ettinger says, 12 ounces just isn’t enough beer. And for every PakTech handle customers return to the brewery, they get a token for 25 cents off their next beer. ■ 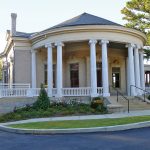 Previous: Rising from the Wreckage 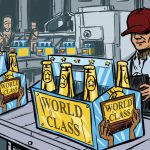