Jenn Coyle, CEO of The Can Van 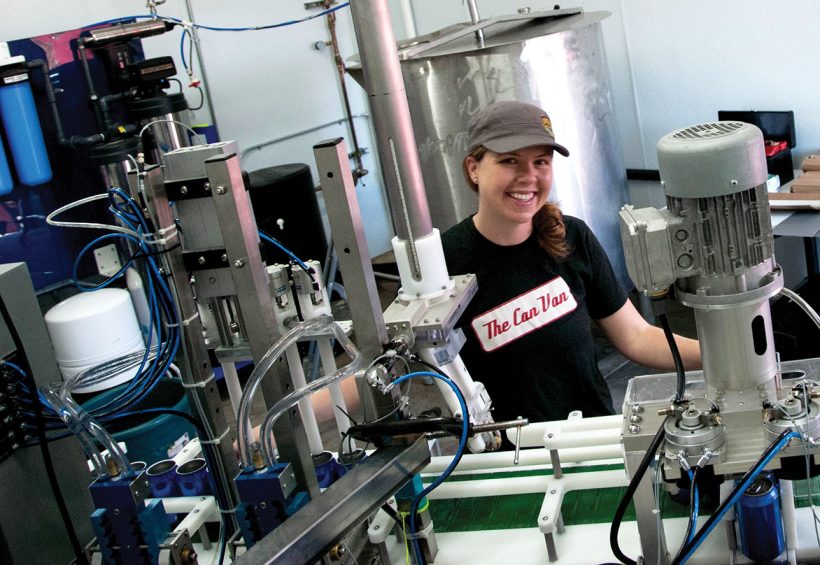 When Anchor Brewery needed its California Lager canned in a hurry before their own canning equipment was installed, they dialed The Can Van. Up pulled Jenn Coyle and co. in their Ford F150, mobile canning trailer in tow. Three years since Coyle co-founded The Can Van with fellow MBA students Lindsey Herrema, Kate Drane and Jake Blackshear, mobile canning has “almost become trendy,” Coyle says. This July they canned more volume in the first half of the month than they did in their entire first year. With a second canning line coming soon, Coyle works as hard as she did in the early days—but watching clients shotgun those first few cans never gets old.

Who are your clients?
Our clients for the most part are production breweries who want to offer their beer in retail packaging in cans, but who don’t want to own their own canning line, usually due to the capital, space and staffing required. Some are small breweries and brewpubs who see a market to sell cans, like Seabright Brewery. … Some clients are gypsy brewers. … By working with us, they can brew in different places without having to worry about whether that location has a canning line—we can go anywhere! Headlands and Pine Street Brewery are two San Francisco-based examples. We’re also a path for a large brewery to test out the market for cans before jumping right into purchasing a canning line.

What’s your typical workday like?
We usually get an early start, drive our trailer to the brewery, set up, can anywhere from 20 to 50 barrels of beer, taking three to eight hours, clean up and drive home. Go to sleep and do it all again. We focus on running the canning line while we ask to have people from the brewery pack the finished cans and stack them on pallets. It’s repetitive, yes, but there’s alot of watching and tweaking to keep everything running smoothly, and there are always new challenges and weird technical problems popping up.

How has being in business together affected the friendships among the co-founders?
We met as classmates in the Sustainable Management MBA program at Presidio Graduate School. We were friends before we started working on mobile canning, and of course, starting a company together made us closer. We’re all very busy now though, so we don’t get to spend as much time together as we’d like.

What’s the journey been like?
It started out as a research project, we realized that there was a real market for it, and found the craft beer industry to be growing and welcoming, so we thought we would give it a try until we hit anything that made us stop. And it turns out that we’re stubborn and resourceful, and we just kept going, so six months later we found ourselves with a trailer, an expensive piece of equipment and a bunch of cans. And three years later, we have a warehouse and more cans, and a lot of customers who depend on us.

What’s been fun, and what’s been surprising?
We didn’t expect so many early mornings. A lot of work in the beer industry gets done before 9 a.m., and we regularly have to get up at 5:30. Also, beer festivals are really tiring! Our favorite is always running the cans the first time for new breweries. They’re usually excited about starting a new chapter for their beer, so it’s all hands on deck. We’ve had more than one customer who gathered everyone around and shotgunned the first few cans off the line to celebrate. ■ 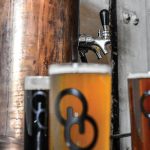 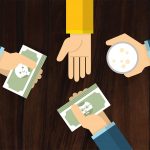 Next: Show Me the Money
Tags: Canned Beer, Canning, Jenn Coyle, The Can Van