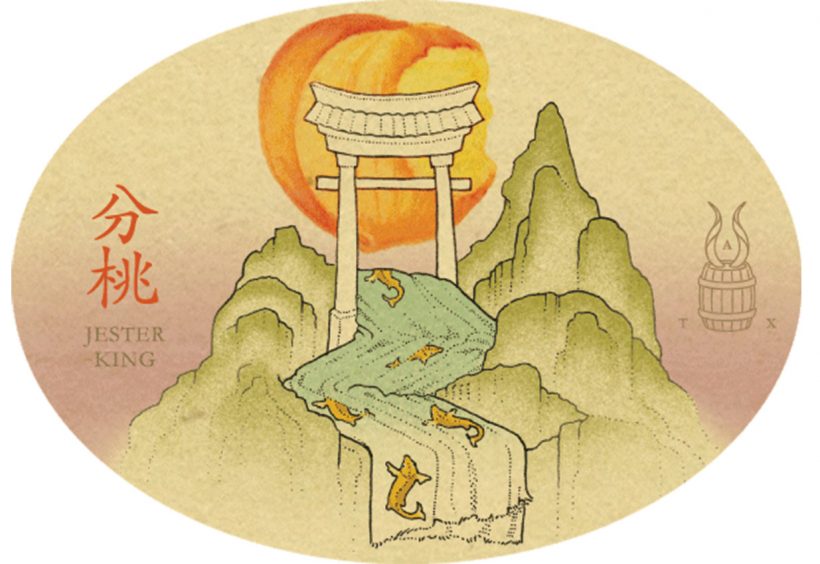 For Jester King’s “creative czar” Josh Cockrell, it started with the peach, the base of the beer. When he learned that peaches originated in China, he dug into the country’s folklore and discovered the tale of “The Shared Peach.” A man shares a peach with his same-sex lover, wanting him to share in its beauty, explains Cockrell. “Eventually, the word 分桃 (pronounced Fen táo), meaning ‘the shared peach,’ became a Chinese byword for homosexuality, born out of a time, prior to Western influence, when homosexuality was accepted as a normal facet of life.”

So normal, in fact, that there’s another homosexual-positive myth out there: In “The Passion of the Cut Sleeve,” an emperor cuts off his own sleeve so as not to disturb his slumbering male lover, asleep on his arm.

Cockrell was sold, excited to put some positive LGBTQ imagery out there, but “representation alone seemed insufficient,” he says. “As an ally, I wanted to recognize the struggle associated with inequality while offering encouragement.” So he found another myth. “The third tale encapsulates this recognition of hardship, encouragement, and also reward. It tells of a carp that, after successfully swimming against a strong current to a magical gate, is rewarded by being transformed into a dragon.”

Cockrell took pen to paper and brought to life a peach moon, a river-like sleeve and some persevering carp, with the help of some pigment brush markers and digital editing. “Executing art with positive social commentary was very rewarding and meant a great deal to me,” says Cockrell.

It meant a lot to others, too. “Many people contacted us to tell us they loved the artwork, story and stand for marriage equality,” says founder and co-owner Jeffrey Stuffings, who collaborated with Cockrell on the project.

“We find inspiration for our beers from those moments in our lives when something has created a profound sensory impact,” says Cockrell. “Such experiences pull us from monotony and offer rare moments of reflection.” Thanks to Cockrell and Stuffings, beer geeks are reflecting on the beauty of love, in all its forms. ■ 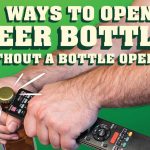 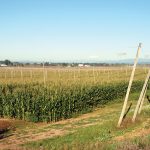