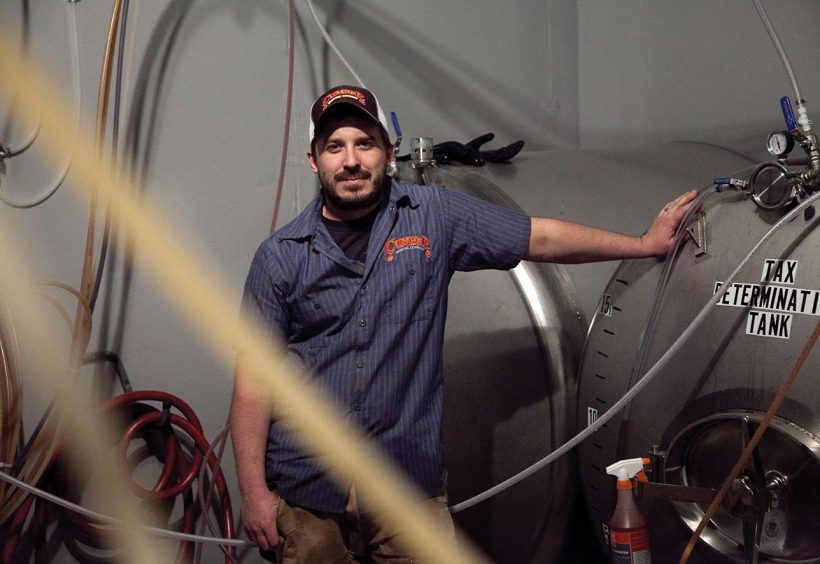 A massive IPA put Albuquerque, New Mexico’s La Cumbre Brewing on the map. But Jeff Erway, La Cumbre’s founder and brewer, likes to focus as much on fine-tuned classic styles (a Hefeweizen, a Pilsner, a foreign-style Stout) as he does on show-stopping hop bombs. “The auto industry and computer industry always have to push the boundaries, they always have to advance,” Erway says. “I don’t necessarily think brewers do. Certain beers were perfect 50 years ago, and they’re pretty damn perfect nowadays. What we bring to the table, in New Mexico at the very least, are these classic styles, done, hopefully, better than anybody has tasted before.”

1. Steal this book
Jeff Erway makes a living today brewing beer because he stole a coffee table book from a friend’s father years ago. That book, Michael Jackson’s Ultimate Beer, changed everything for Erway. He’d sampled a few craft beers before, but Jackson’s book turned him into a full-blown fan who’d chase down obscure beers at a local bottle shop. “Michael’s approach to writing is so accessible,” Erway says. “Not everybody is a professional brewer, or an amateur brewer, or even a beer geek.” Simple, passionate beer writing grabbed hold of Erway, introduced him to a brewing movement he never knew existed, and set him on the road from geek to brewer. The pilfered book still sits on the coffee table at La Cumbre.

2. Chart a path
If Michael Jackson turned Erway into a beer geek, then John Palmer turned him into a brewer. He picked up Palmer’s How to Brew on a trip to Flagstaff, Ariz., while living in New Mexico and working on the Navajo Nation as a teacher. There wasn’t much craft beer in the desert, and initially, Erway was brewing to satisfy his and his wife’s thirsts. That all changed quickly. “A year into homebrewing, I was 100 percent convinced I wanted to do this for living,” he says. “I really tried to hone recipes that would work on a commercial system. Of course, I wasn’t even close, but my inspirations were pretty well set.”

3. Celebrate the classics
“I’ve never been the uber-ultra-creative guy, the one who’s going to throw 101 things into a recipe,” Erway says. “I really like to stick to classic, traditional styles. Some people find it limiting. I find it very inspiring. I think a world-class Helles is more engaging than a really esoteric 12-percent beer with a million and one flavors to it. It’s a personal preference. That’s not to say I don’t want to try all these off-the-wall beers. I want to try them. But at the end of the day, I like a great Pilsner, I like great IPAs and robust Porters. I don’t want you wowing me with your Pilsner. I want you wowing me with your brewing prowess.”

4. Work your tail off
Erway walked into his first brewing job, at Albuquerque’s Chama River Brewing Company, announcing that he would eventually leave to start his own brewery. “I’m sure they’d heard it a thousand times before,” he says. “They said, ‘OK, here’s the mop and bucket, get to work.’ But I knew what I wanted to do.” Erway quickly worked his way up to head brewer, and made good on his vow to quit. Then he spent a long, hard year funding and building La Cumbre Brewing. “I’ve never experienced doubt like I experienced getting the brewery open. There were several moments when I thought I wouldn’t be able to make it work. It had to work. My wife was pregnant the whole time. If you want an inspiration to work your tail off, look at your pregnant wife a lot. That was good inspiration.”

5. Love is a fragrant pint
Erway and his wife Laura are both big IPA drinkers, but between the two of them, Laura is the bigger hophead. “She wants to be floored with hops,” Erway says. He happily obliges. The stable of aggressively hopped IPAs that built La Cumbre “are all inspired by her.” The brewery’s flagship, Elevated IPA, was created to have the aroma of a Double IPA, but with a manageable alcohol level. “You’d better be able to smell it a few feet away,” Erway says, of his ideal IPA. “I want the hops to shine through. I want profound hop flavors.”

6. Don’t lose sight of taste
When Elevated IPA hit the shelves four years ago, Erway thought of it as one of the more hop-forward beers in the country. “I feel like that has changed so drastically in just a few years,” he says. “Brewers have upped the ante so much, that now even using 4.5 pounds of hops per barrel isn’t that much. The number of amazing IPAs at this year’s Great American Beer Festival was shocking.” Erway worries about getting into a lupulin arms race, though. “The drinkability on some Double IPAs isn’t there for me. Your palate can only take so much, and people want a taste experience.”

7. If you can, do
Erway keeps the recipe for Elevated IPA consistent, even as beer drinkers’ palates shift around it. He uses Project Dank, La Cumbre’s line of experimental IPAs, as the brewery’s playground. One batch reveled in an absurd amount of Nelson Sauvin hops. Another married hops from four continents, layering Mosaic and Sorachi Ace on top of Styrian Golding and American varieties to create a hop profile Erway recalls as “staggeringly different.” More recently, Erway brewed up a batch riffing on nutty Golden Promise malt. “We’re going to try it,” he says, “because we can.”

8. Challenge yourself
Erway used to play guitar nonstop, and when he did, he liked to tackle difficult songs, just to see if he could pull them off. He approaches brewing the same way. He loves the taste of a well-made Pilsner or Helles, but he also revels in how hard they are to do well. “From a technical standpoint, those beers are a real challenge to make, and I like the challenge, especially when we get it right. And I legitimately enjoy drinking them. I could sit in Cologne for a week drinking nothing but Kölsch and be perfectly happy.”

9. Go out and compete
Roughly 1,000 new breweries have come online since La Cumbre started. Five have opened in Albuquerque in the last six months alone. They don’t worry Erway, because they’re all doing good work. “A bad brewery hurts me a lot more than a good one,” he argues. “I want good beer to be advocated for, whether it’s mine or the brewery’s down the street. Things are far more competitive than they used to be, but we’re competing for growth. Competition for growth is a lot more comfortable than competition for survival.” ■ 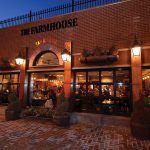 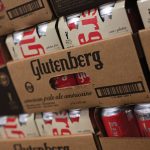