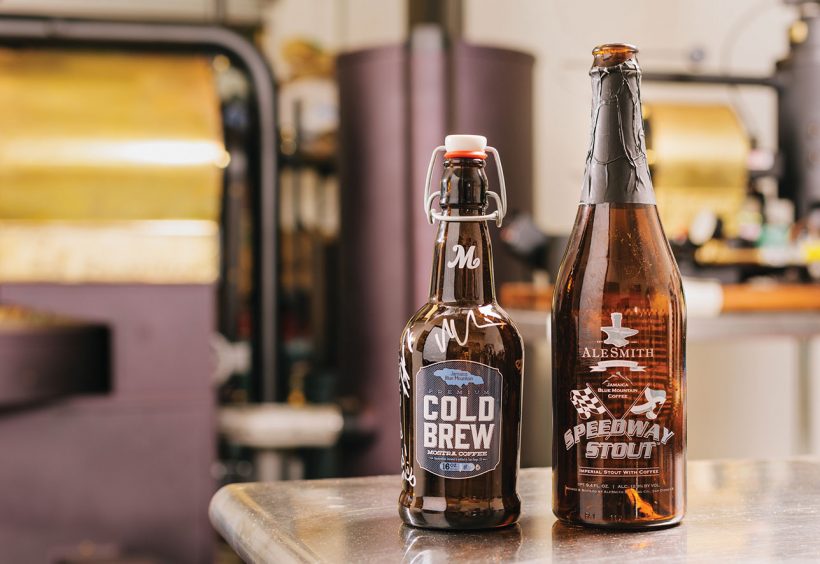 Night and day. Hot and cold. Uppers and downers.

Coffee and beer have long been positioned as opposite, yet symbiotic beverages, each with its own network of fervent creators obsessing over the nuances and endless possibilities of their craft.

In the last few years though, brewers and roasters have melded minds to engineer a new generation of hybrids that have successfully integrated coffee into beer like never before. New Glarus Coffee Stout, meet Burial’s Grinder Coffee Saison. All it took was 25 bottles of single-origin cold brew and a few imaginative beer fans to get San Diego’s Mostra Coffee thinking about combining the two crafts in another way.

In February of this year, the young artisanal micro-roaster sourced 200 pounds of ultra-rare Jamaica Blue Mountain coffee beans, roasting and cold brewing 150 pounds of it for AleSmith Brewing Company’s coveted Speedway Stout. Then Mostra roasted and cold brewed another 15 pounds for 16 hours, packaging the resulting cold brew coffee in their signature flip-top bottles.

After the bottles found their way into the hands of lucky raffle winners at the Speedway Stout release party, those who had scored the cold brew began doing something that Mostra was unprepared for: blending it with beers and other adjuncts—from vanilla beans to Goose Island’s Bourbon County—and posting the results online. Although unexpected, the enthusiasm and creativity gave Mostra’s owners an idea of their own: beer-inspired cold brew infusions.

Released quarterly at $10–$15 per bottle, Mostra launched their series with Cinna-Mostra Roll in April 2014. And with combinations ranging from cinnamon-black-tea to toasted-coconut-vanilla-bean, the lineup of blended cold brews, albeit alcohol-free, more closely resembles imaginative beer concepts than coffee creations.

“I think specialty coffee can be very intimidating to the general public because there are so many variables that go into it. We really want for it to be more approachable and accessible,” says Mostra co-founder Beverly Magtanong. “I think having these cold brews gives people not just an opportunity to enjoy specialty coffee, but allows people to try our coffee the way we would want it brewed because we get to do it for them.”

Across the country, craft breweries have coffee specialists going far beyond mere coffee-beer collaborations. Taking notes from beer on the production and service ends, a number of specialty coffee shops hope to increase conversation and connectivity between the parallel crafts, and in the process, open up both worlds to new customers and ideas. And this cross-pollination manifests itself in dozens of ways, from roasters transitioning into maltsters to coffee shops that now serve beer and every dry-hopped cold brew in between.

Cuvée Coffee in Austin, Texas broke the coffee-beer mold in 2013 when it began marketing its Black and Blue cold brew—the first nitrogenated cold coffee sold in kegs—a process Cuvée’s owners implemented after trying nitro bottles of Left Hand Milk Stout. Chicago’s Dark Matter Coffee, the new supplier for 3 Floyds Brewing Company’s coffee Dark Lord, took the beer inspiration even further when it released limited-edition wax-dipped bombers filled with a cold brew made from green coffee beans aged in Basil Hayden barrels. On the service-similarities end, at the six-month-old Taproom Coffee and Beer in Atlanta, the dual-purpose storefront started by a coffee-industry veteran serves local beer from 12 taps that are housed inside a repurposed espresso machine called (fittingly) The Beerspresso Machine.

“The serious coffee people are already beer drinkers, so it’s interesting to have those conversations where people come here for the coffee but didn’t know that this could be one of their new beer spots too,” says Taproom owner Jonathan Pascual. “You have people who are introduced to our space because they came in for one thing, but it’s great to be that place where we can introduce people to the other because we’re serious on both sides.”

Meanwhile, bigger companies like Stumptown, Intelligentsia and even Starbucks are also looking for ways to integrate beer into the coffee conversation: Stumptown recently hired brewing industry experts to grow distribution of its cold brew kegs, and has offered growler fills at its cafes for some time now; Intelligentsia, whose Pasadena, Calif., outpost always has four local beers on tap, recently hosted a series of educational seminars and workshops about coffee and beer called Uppers & Downers; and since 2010, Starbucks has selectively rolled out its Starbucks Evenings program in which stores sell small, curated lists of beer and wine after 4 p.m. (the company also announced it is testing a Dark Barrel Latte, “inspired by the rise of craft beers”).

Nowhere are these cutting-edge industry intersections more apparent than at Corvus Coffee in Denver, Colo., where the cold brew is poured on nitro, the espresso comes infused with cocktail ingredients like cascara and bitters, and in the back, two and a half pounds of Citra hops spend 12 hours in mesh bags atop several 60-gallon conical fermenters of freshly roasted cold brew.

“You learn something from everyone,” says Corvus owner and green buyer Phil Goodlaxson when asked why he decided to look beyond coffee for inspiration. “If you’re stuck in your own industry, no matter how good of examples you have, you’re going to be emulating instead of innovating.”

In addition to being the first roaster to bottle and distribute a dry-hopped cold brew (a product of Goodlaxson’s unavoidable involvement with Denver’s beer community), Corvus’ roastery, tasting lab and retail store aims to be less traditional coffee shop and more craft beer bar or brewery tasting room. The goal is to make coffee more approachable by engaging familiarity. Aligning specialty coffee with an already-accepted product is an effective way to do just that.

Because even though beer consumers are well-trained to pay premium prices for quality product, retailers of coffee—an agricultural product that itself requires hundreds of man hours before it lands in a cup—still struggle to convince customers to fork over $5 for a drink. Customer engagement and value proposition are the two elements of craft beer’s success that specialty coffee most envies.

“It’s important that the coffee industry does learn from these other industries. We’re selling a completely different product than roasters were selling 20 years ago, yet a lot of times, we’re trying to sell the coffee in the same method and with the same framework,” says Goodlaxson. “If we’re able to have someone walk in and say it looks like a brewery versus a big-box espresso bar in their hometown, then they’re thinking there must be an element of craft and they’re already thinking down the right path.”

But while coffee roasters and retailers can gain insight from beer’s market savvy, craft breweries can learn from specialty coffee’s emphasis on production, transparency and a farm-to-cup ethos. Source matters with coffee beans, and everything from the country of origin to the individual farm is known by the roaster and presented as part of the final product’s appeal.

In beer, there are specific hop varietals or occasionally, an heirloom malt used, but most ingredients are processed through major companies, stripping away any semblance of small-business interaction, much less terroir.

This is something that Chris Schooley, a veteran green coffee vendor and roaster, hopes to change. A longtime beer lover deeply involved with both the Specialty Coffee Association of America and the Roasters Guild, Schooley is preaching the ways that specialty coffee can help craft breweries find new ingredient sources and forge a greater network between the two similar industries.

Last November, he founded Troubadour Maltings, a micro-malting operation in Fort Collins, Colo., that will provide custom and small-batch base pale malts and specialty malts for craft brewers and distillers. Malting is an organic outgrowth of Schooley’s coffee-roasting talents, as both processes use similar equipment to engage caramelization, develop color and control sweetness. It’s also a natural extension of Schooley’s community building efforts, which seek to connect like-minded professionals by promoting better dialogues.

“That’s where it has to happen with beer because that’s the last frontier for beer to really celebrate the producer,” Schooley says. “If craft beer gets 10 percent of beer’s market share—which all projections point to—craft beer will be using more than 40 percent of the grains grown for malting purposes. For breweries to not have a direct link to that, to not be incentivizing farmers to help them do certain things is crazy.”

With Schooley and his specialty coffee peers actively seeking ways to build bridges between themselves and craft brewers, it’s just a matter of time before coffee beer is remembered only as the first point of intersection between the two, a catalyst for many more crossovers to come. 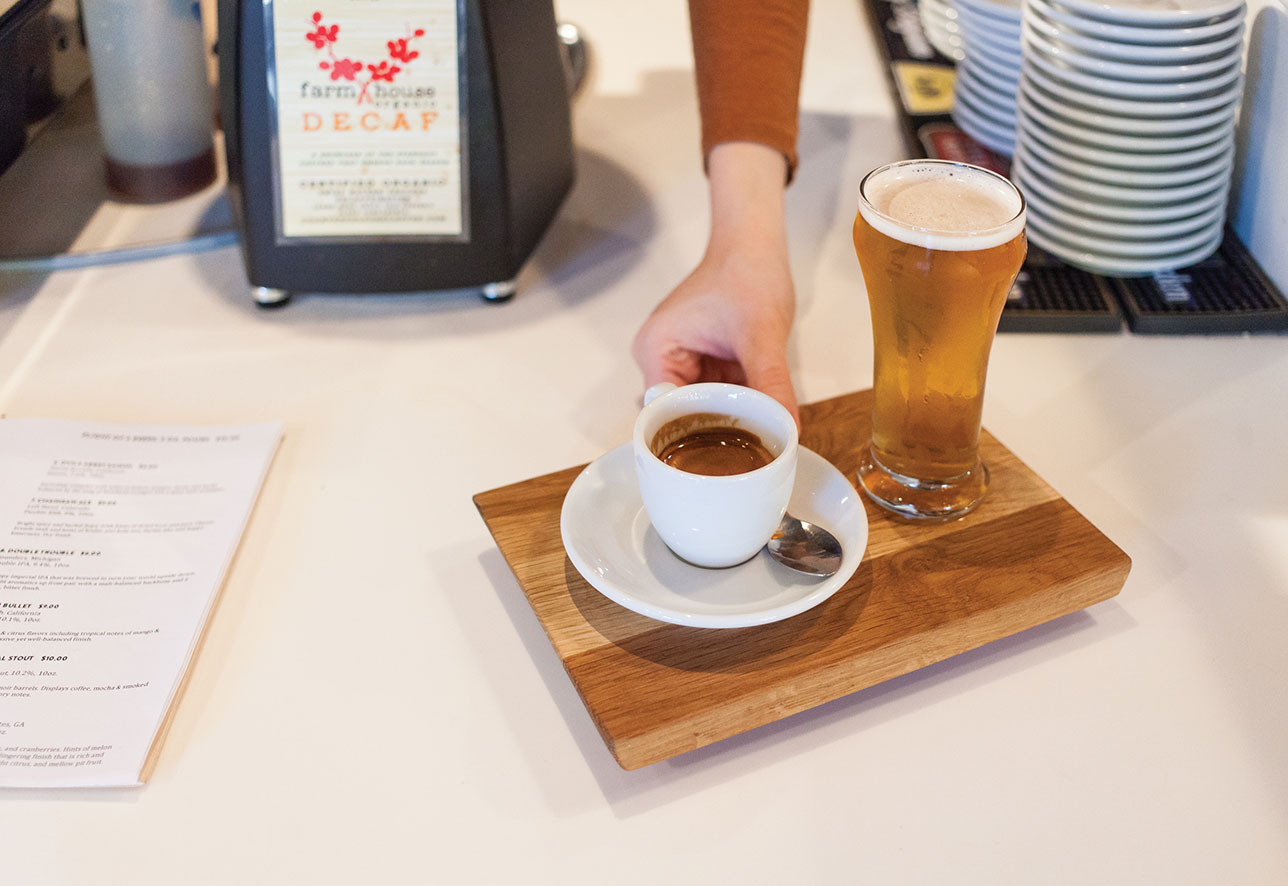 Radio Coffee and Beer
radiocoffeeandbeer.com | Austin, TX
In a standalone home that was previously a flower mart, Radio’s 24 taps include a few permanent selections from Austin Beerworks, while its beans come from Portland-based Stumptown Coffee Roasters.

Pints
pintsbrewing.com | Portland, OR
Pints Everyday Coffee by day and Pints Urban Taproom by night, this 3.5-barrel brewpub serves coffee from Portland Roasting with breakfast, and a selection of 10 draft beers with lunch and dinner.

Muddy Waters
muddywatersmpls.com | Minneapolis, MN
After more than 20 years as a coffee shop, Muddy Waters reopened in 2011 as a full-service restaurant and bar. Minnesota breweries, like Summit, Surly and Steel Toe dominate its 30 drafts.

Young Hickory
younghickory.com | San Diego, CA
Young Hickory is a hit with mobile workers, thanks to free WiFi and coffee from Bird Rock Coffee Roasters. Its selection of 30 beers from the likes of Golden Road, Ballast Point and Modern Times, are all in cans.

Sip
sipcoffeeandbeerhouse.com | Scottsdale, AZ
Along with coffee from local roaster Cartel Coffee Lab and 19 draft beers plus 100 more in bottles, Sip mixes up a rotating selection of liquor-infused espresso cocktails. 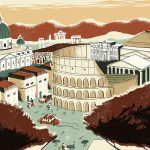 Previous: Where to Drink in Rome, Italy 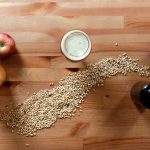