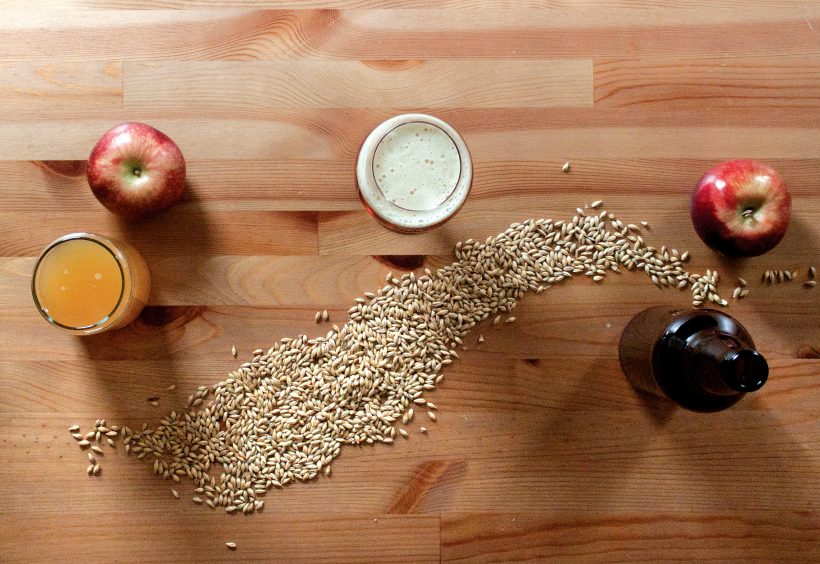 About two years ago, they started appearing on tables at good beer bars in places like Seattle and Chicago—super-pale ales, sans head, usually sporting a Weizen-like cascade of bubbles. Except they weren’t beers; they were ciders.

In the past three years, cider production has tripled. While ciders currently only constitute about one percent of beer’s production, the industry is projecting that number to grow to 3–5 percent in the coming years. Companies like AB InBev and MillerCoors, late to the party, quickly rushed ciders to the market this year. Almost overnight, a whole scene blossomed: cider festivals, cider bars, cider magazines. Its reach has grown so much that in beer-centric cities, many pubs now devote at least one tap handle to fermented apple juice. Ciders have definitely become a thing.

The big question for beer drinkers is: what kind of thing are they?

Unlike wine, its upscale sibling, cider has always been a rustic beverage suited for the pub. In colonial America, barley didn’t grow well, and farmers turned instead to apple trees. New Englanders harvested the first crops in the early 17th century and native fruits like Roxbury Russet emerged in the 1620s. Cider flourished. By the middle of the 19th century, though, as the US began to adopt steam power and people moved to the cities, it fell out of popularity. That period coincided with the arrival of German immigrants who would soon perfect lager brewing. Beer consumption more than quadrupled between the mid-19th century and 1900, essentially ending cider’s run as a popular beverage.

Cider’s journey back to the pub actually began in the heart of England’s orchard country. To increase production, the venerable Herefordshire cider maker Bulmers introduced Strongbow on tap in 1962. As cider’s popularity grew, cider makers started using concentrate to compete with beer on costs, eventually selling products that were half sugar water. Those cider-esque drinks remain on tap in pubs across Great Britain, but they’re not particularly flavorful or interesting.

When ciders began to pop up in the US again, English examples like Strongbow and Magners were more or less their model. As a result, cider claimed shelf space among the “alcopops” section in the grocery aisle. From the early 1990s through the mid-2000s, cider would flourish periodically and then quickly fade. Its market wasn’t people who liked bold or unusual flavors—it was people who didn’t like alcohol. But that began changing a few years ago when, unexpectedly, breweries took an interest in ciders.

Harpoon Brewery was one of the first to start making cider in 2007, primarily because, as with beer, they wanted something better. “The thinking was that we liked drinking ciders but didn’t really like any of the ciders that were out there,” says president Charlie Storey. “That’s always been the philosophy here—if we enjoy something and can’t get it, let’s make it ourselves.”

Of course, breweries aren’t the only ones making good cider. Scores of stand-alone cideries have also popped up—but many of them keep one eye firmly fixed on the way craft brewing has evolved.

“I’m a beer drinker.” That’s Nat West, making a relatively innocuous comment, until you learn that he is also the founder of Reverend Nat’s Hard Cider in Portland, Ore.  “I drink about as much beer as I drink cider. I got into cider because I love beer.”

When West opened his cidery in 2011, he knew exactly who he had to appeal to if he was going to succeed in the Rose City: beer drinkers. His flagship, Hallelujah Hopricot, is fermented with Saison yeast and dry-hopped with Cascade. West has experimented with different beer yeasts, and tends to use beer as a reference point in his descriptions (Hopricot is “a Belgian wit-style cider,” and Sacrilege Sour Cherry is like a “kriek lambic”).

Reverend Nat’s is typical of the modern trends in cider making—or at least in what some call “craft” cider making. As with beer, craft cider is aiming for people with more sophisticated palates. And one of the first things modern cider makers have done is dry the palate out—no liquid Jolly Rancher. To lure beer drinkers, cider makers in the Pacific Northwest started adding hops to their ciders (a trend that’s spread eastward to companies like Vermont’s Citizen Cider). In many cases, they also flavor their ciders with local fruit like cherries and pears, or age them in oak barrels. It took decades for craft brewers to progress from rudimentary English-style ales to barrel-aged Brett beers. Cider makers, borrowing that same wisdom, are condensing the process to a few years.

West has long been frustrated by the limitations of cold-addition hops in his cider. They add a delicate note to the nose, but without boiling, impart none of the bitterness and little flavor. “I wanted to make a Triple IPA in cider form,” he says, explaining his idea to take hops as far as they would go.

But West didn’t have a brewhouse and didn’t know how to use kettle hops, so he consulted Tyler Brown, founder of Barley Brown’s, a brewpub that won gold and silver in successive GABFs with its IPA, Pallet Jack. The two stayed in touch for about six months as West experimented with different hops, eventually settling on a recipe that included 11 varieties. He also decided to boost the cider to Triple IPA strength by adding muscovado sugar. Finally, early one summer Saturday, West and brewer Don Marcil met at Portland’s Hopworks Urban Brewery and started “brewing” by pumping 500 gallons of juice into the kettle like it was sweet wort.

“During the hour-long boil, we took 45 minutes to break open all these 30-pound muscovado bags,” West says. “You can’t just drop a thousand pounds of sugar in a kettle because it will just hit the bottom and scorch. So I was standing over the kettle and breaking it up as we were putting it in.” They used a bitter charge of Warrior and Magnum, then started adding flavor and aroma hops, continuing as the wort entered the whirlpool. “We put in eight, nine aroma hops,” he says. “Go big!” West continued to hop it during fermentation and conditioning—essentially following Brown’s advice for saturating the cider in hops. It’s the first of a series on the seven deadly sins, and of course, West called this one “Envy”—perfect for a cider that’s trying to be a beer.

It’s a strange beverage. Juice gives a different sweetness than grain, and the hops don’t integrate quite the same way. West follows online ratings sites and says “people either love it or hate it.” Brown was impressed. “It was pretty surprising,” he remarks. “I didn’t expect them to get it that hoppy because we push a lot of limits with hops. But damn, he was catching on. It was just amazing. You could taste the hops, you could smell the hops.”

This exceptional experiment aside, cider makers are not going to try to turn their products into beer clones. As the customer base expands, there will be a greater call for nuanced traditional ciders like those found in Somerset or Normandy. Greg Hall, the former brewmaster at Goose Island who left in 2011 to start Virtue Cider, knows something about both worlds. He thinks cider will complement beer by filling a niche beer can never occupy. “It’s very drinkable like beer, but it’s lighter-bodied and [expresses] that local thing. We can tell people where their apples came from. The local terroir appeals to them,” he says, before speculating about the role cider may eventually play. “Cider will be some people’s go-to, No. 1 drink, but I think we’re going to be a lot of people’s second drink.”

Harpoon’s Storey agrees that cider is becoming something like another style in the imagination of beer drinkers. “Consumers have a gigantic range of beers to choose from, and now they have a gigantic range of ciders. I think it’s very healthy for the craft beer segment because what leads people to craft beer is a desire for more choice and experimentation, interesting styles, different flavors, and cider just adds to that.”

Beer people—brewers and drinkers—have gotten used to variety. For many of them, cider is just another flavor to round out an evening’s session. ■ 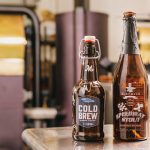 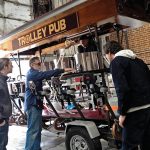