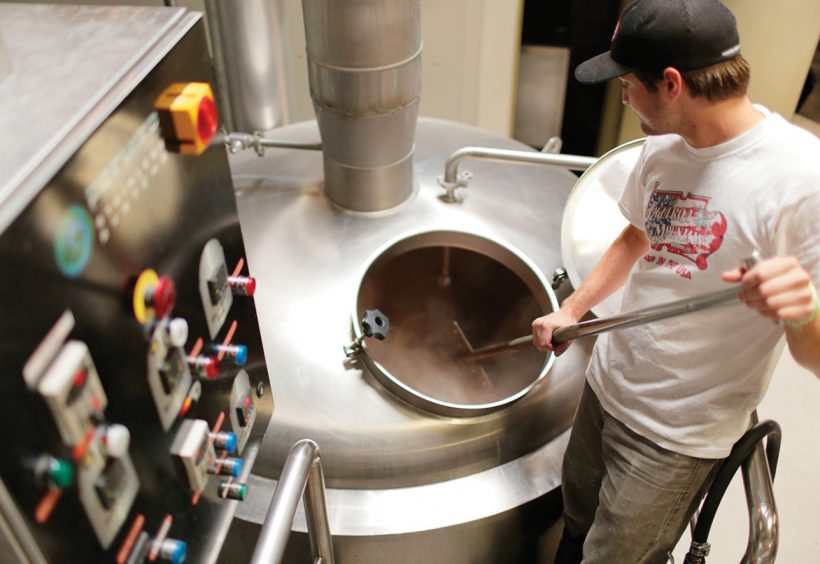 At the 2014 Great American Beer Festival, the Figueroa Mountain Brewing Company heard its name called twice—quite a feat at the country’s most competitive beer contest.

With a gold for its Danish Red Lager, a Vienna Lager, and silver for Surfliner Lager, a Kellerbier, Figueroa Mountain added to its trophy case in Buellton, a small town in the heart of the Santa Ynez Valley and the area’s fast-growing wine country.

The two medals for Fig, as the brewery is known locally, brought it and brewmaster A.J. Stoll’s overall GABF medal count to 11, including three golds. But they will be his last for the brewery, as he departed in November to take on a new role as brewmaster and partial owner for a start-up in Ireland called Killarney Brewing Company.

Back in Buellton, Fig Mountain is inexorably linked to the winemakers in the area. During Stoll’s tenure as brewmaster, Fig explored the marriage of wine and beer. His lagers may have won awards, but it was his experimental side that really started to make waves.

A Man With A Plan
Fig’s CEO and founder, Jaime Dietenhofer, knew out of high school that he wanted to start a brewery. But his parents and eventual co-founders, Jim and Judie, had other plans for their son.

“I thought it would be a great idea to start a brewery, and my dad said, ‘Go to college,’” remembers Dietenhofer.

Undergrad at Whitman College in Southeastern Washington only fuelled his passion however. Study abroad took him to Europe where he toured numerous Old World breweries. The obsession grew.

Yet he still couldn’t sell his folks on joining him in the beer industry, so he got his master’s degree from UC Santa Barbara and jumped into the business world. As an undergrad, he had already begun to draft a business plan for a brewery in the Santa Ynez Valley, and the concept of Fig Mountain continued to take shape. He finally convinced his parents to partner with him and in 2010 the brewery opened with a 15-barrel brewhouse and a handful of 15-barrel tanks.

“I thought we would make a great product in a warehouse where people may or may not come to and be able to promote the product with great branding and awareness,” says Dietenhofer. “Then when we opened, people started showing up, so I said ‘I guess we should open a taproom.’”

That taproom has since evolved into a local staple in Buellton—as have the brewery’s satellites in Santa Barbara, Santa Maria and Los Olivos. In the summer of 2014, Fig Mountain completed its latest expansion with the addition of three new 120-barrel tanks in Buellton. The brewery also announced its intention to open new brewpubs in Arroyo Grande and Westlake Village.

Stoll, who studied chemistry in college and was on the path to becoming a pharmacologist when he turned toward beer instead, has ensured that quality control has been a key component during Fig’s expansion.

Liquamentum Courage
Although the expansion has come largely on the heels of Fig Mountain’s top selling core beers, like Hoppy Poppy IPA, Davy Brown Ale and Lizard’s Mouth Imperial IPA, and the awards have come for Stoll’s well-crafted lagers, there is a curious appetite in Stoll that needs to be satisfied. It craves experimentation, and it draws heavily on his neighbors in the wine world for inspiration.

Technically, Liquamentum, which is Latin for “concoction,” is its own entity that operates like a contract brewery, but in practice it is an offshoot of Figueroa Mountain. The project puts an emphasis on barrel-aging and blending to create uncommon ales.

“It’s not a new thing. I didn’t invent it or anything. I’m not the first person to put beer in wine barrels,” Stoll says. “But it’s always been my brewer’s dream to have a roomful of barrels like a winery. I love walking into wineries that are like cathedrals and there’s just rows and rows of barrels. I always wanted to have a room full of stuff.”

The Liquamentum line was unofficially launched in the spring of 2014 with a Saison aged with Sauvignon Blanc in barrels of the same. With as much as 6 percent of the final blend comprised of the wine, the beer was a true hybrid that drew the best from both worlds. The experimentation continued with beers like Petite Syrah Porter, and this fall, Liquamentum had its first official releases with Hell’s Half Acre and Double Davy Brown.

Now, as Stoll departs for Ireland, the future of that line will pass to James Parrish, a brewer who gained experience with barrel-aged beers while working for Firestone Brewing Company. Stoll will remain in an advisory role, part of his plan to become an international brewing consultant, but Parrish will take over the day-to-day job of maintaining the barrels and blending the results. Mike Hastings, who was promoted from head brewer to the director of brewing operations, will oversee Fig’s core beers.

Stoll acknowledges that his management style had prepared his team to be ready to replace him.

“I always encouraged my staff to elevate themselves and take on new responsibilities and positions, and so that’s basically the same thing I’m doing,” he says. “My goal is to be an international brewery consultant. That’s just what I’d like to do—trouble shoot breweries, plan breweries, write recipes and that sort of thing.”

Stoll’s influence will not fade from Fig anytime soon though, especially as he helps the brewery expand further in California and even into Europe. In October, the company announced plans to open a small production facility in Bavaria. As so, with memories of its fourth anniversary still fresh on employees’ minds, one of California’s award-winning breweries finds itself preparing for a different test of mettle. 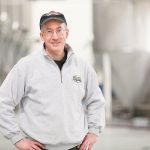 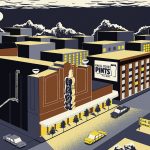