Where to Drink in Hattiesburg, Mississippi 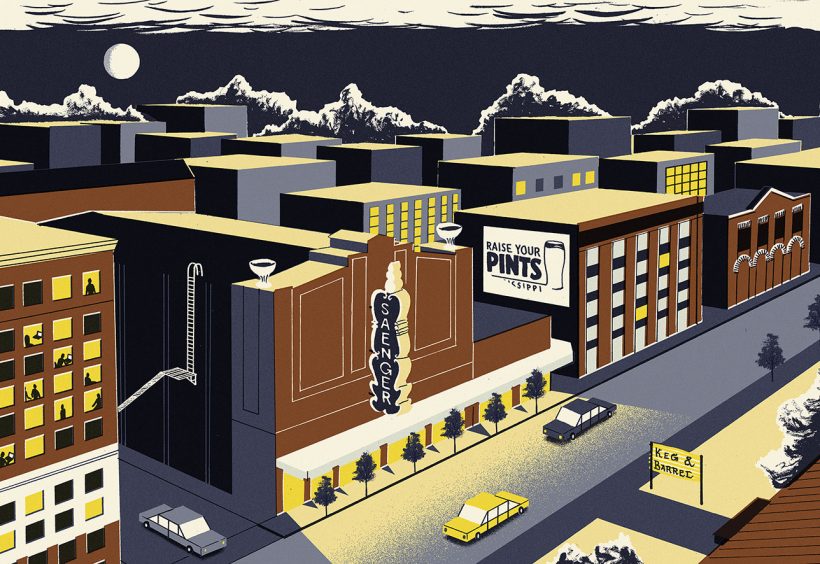 In 2005, when John Neal opened the Keg and Barrel bar in Hattiesburg, craft beer was hardly a blip on the radar of most Mississippians.

Restrictive laws forbade homebrewing and capped the ABV of every beer brewed and sold in Mississippi at 6.25 percent. Yet within a month of opening in Kiln, Lazy Magnolia, the state’s first brewery, began distributing, providing Neal with local beer to sell.

Since then, the Keg and Barrel has been a gathering point for local craft beer supporters like the advocacy group Raise Your Pints, which organized to promote changing the restrictive laws. Between 2005 and July 1, 2013, when the state legalized homebrewing, Neal worked hard within the confines of the rules to create the best craft beer experience possible in Hattiesburg—sometimes crossing the line, as he did when he created the Outlaw Homebrew Festival in 2009. The annual event was technically illegal for four years before the laws were changed, and put Hattiesburg on the map as a haven for homebrewers.

Matt Diiorio, co-owner of the Golden Growler, the city’s first bottle shop, is succinct about the role that the Keg and Barrel, and by extension Hattiesburg, has played in the state’s craft beer boom: “Mississippi owes an enormous debt of gratitude to John Neal.”

Today, Hattiesburg’s beer scene is arguably the most active and diverse in the state, and supports a rapidly growing brewery, an annual beer festival, a homebrew competition, two growler fill and bottle shops, and a growing number of beer bars following in the Keg and Barrel’s footsteps.

Keg and Barrel
The beer bar that started it all, the Keg and Barrel is still the undisputed champion of the Hattiesburg beer scene. Walk in and you’ll see owners and bartenders of other beer-focused bars and restaurants, employees of the local brewery, and locals who have been discovering and nurturing their love of craft beer here since 2005. With more than 60 beers on tap, about a third are dedicated to regional breweries, like Back Forty and Yazoo. Pair Lazy Magnolia’s Southern Pecan Brown Ale with a fried-green-tomato BLT from the bar’s Southern-influenced menu.

Southern Prohibition Brewing
Southern Prohibition is “the ’Burg’s” local brewery, and its ambition and growth belies the fact that it’s been brewing for less than two years. Since April 2013, its distribution has expanded into northern Mississippi, southern Louisiana, and Memphis, Tenn. The dynamic team behind the brewery is committed to strengthening the beer culture in Hattiesburg and throughout the Gulf South. In addition to the brewery’s four flagship brews, it also produces a seasonal Cicada series (try Hipster Breakfast, an oatmeal Stout only available in winter) and a barrel aging program. While state laws don’t allow taprooms, Southern Prohibition’s Friday evening tour offers tastings and a pint glass for $8.

The Mahogany Bar
This vinyl-spinning beer and bourbon bar, known as “The Hog” by regulars, has been adapting to keep up with the ever-increasing demand for local and craft beer since 1991. Half of its 42 taps are dedicated to Mississippi and Louisiana beer, like Ballistic Blonde, a Belgian-style ale by Lucky Town Brewing in Jackson. Satisfy late-night hunger with a kimchee burger or a pimento and bacon grilled cheese sandwich.

Golden Growler
Matt Diiorio and Andy Crumpton opened the Golden Growler in April 2014 to fill Hattiesburg’s need for a quality beer store. “Everyone in town wants to get on the drink local train,” Diiorio notes. Fill a growler from one of six taps (with beers from the likes of Abita, Bayou Teche, Lucky Town and Southern Prohibition) or grab a six-pack from the selection of over 200 different beers, with a focus on domestic breweries large and small.

The Thirsty Hippo
One of Hattiesburg’s premier music clubs, The Thirsty Hippo offers five drafts (like Turnrow Harvest Ale from Baton Rouge’s Tin Roof), along with more than 25 bottles from Chimay Grand Reserve to North Coast Red Seal. Throw in a great menu (can you say whiskey pimento cheeseburger?) and the music-beer-food trifecta is complete.

Vicki’s on Walnut
When chef-owner Stuart Gates and general manager James Benge opened the recently renovated bistro and wine bar in downtown Hattiesburg, they started with a small beer list to gauge customer interest. And what did they find? Their customers want craft beer, and lots of it. Now, the menu of artfully designed dishes, like rosemary-skewered Mississippi gulf shrimp, can be paired with 12 taps and more than 25 bottles, like Truck Stop Honey by Back Forty Brewing in Gadsden, Ala.

T-Bones Records and Cafe
2101 Hardy Street, tbonescafe.com
This unique Hattiesburg institution is equal parts record store, music venue and café, with over a dozen different cans and bottles of beer. Browse the racks of new and vintage vinyl, then grab a table, a can of Southern Prohibition’s Mississippi Fireant Imperial Red and a build-your-own sandwich. While you’re there, enjoy a live show or listen to whatever the employees are spinning on vinyl.

206 Front Street
206 W. Front Street, 206front.com
Head up the stairs of this hip Southern-fusion restaurant to the second floor bar, which offers nine taps—from beer made just down the street at Southern Prohibition to brews from Lucky Town in Jackson and Lazy Magnolia in Kiln—as well as more than 25 bottles. Want some fresh air? Take your drink out to the patio overlooking Front Street and the City Council building.

Glory Bound Gyro Co.
6174 US Hwy 49, gloryboundgyroco.com
While Greek restaurants usually stick to imports like Mythos and Alpha, students from nearby Southern Mississippi University come to Glory Bound for its diverse beer selection and its Southern twist on gyros. Both tap and bottle offerings include locals like Stabello, a dry-hopped lager from Crooked Letter Brewing Co. in Ocean Springs.

Brownstone’s
103 E. Front Street, brownstones.com
Over a short period of time, Brownstone’s, with its Cajun cuisine and French Quarter-inspired wrought iron balcony, has quietly become a haven for local beer. At the upstairs bar you’ll typically find nearly every Southern Prohibition beer on draft alongside dozens of craft bottles and cans, like Tin Roof’s Juke Joint IPA. Come during happy hour for $1 off drafts and the Cajun crawfish quesadilla.

Taps & Crafts
Slated to open in December, this bottle shop and growler fill station is an offshoot of a 50-year-old family convenience store business. Amanda Bailey, daughter of the owners of the Hattiesburg Minit Mart chain, transformed one location into a beer destination with six draft lines and approximately half of its bottle selection devoted to local and regional breweries. Still relatively new to craft beer, Bailey realized it was the future of the industry once she started drinking it with her boyfriend. If the pilot location of Taps & Crafts is successful, Bailey plans to expand to other Minit Marts and may explore the possibility of a stand-alone shop in the future. ■ 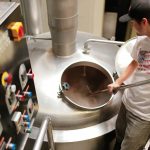 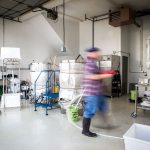