Crushing It: Beer and the Colorado Slopes 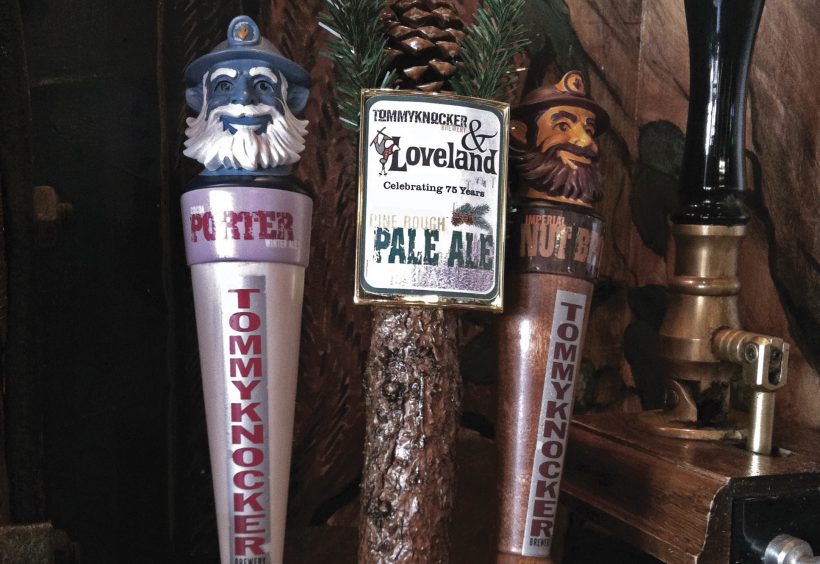 Riding the chairlift to the top of Vail’s Blue Sky Basin on a blustery February afternoon, I smelled grilled meat. Not exactly an aroma I expected at 11,570 feet. But sure enough, at the peak I discovered a few dozen skiers and snowboarders spearing at sausages and burgers. More stunning though, was the number of cans that surrounded them, the red, silver and blue color scheme of Dale’s Pale Ale gleaming in the sun.

Back east, mountaintop lodges fill with red-nosed riders clutching après-ski pints. Atop this Colorado basin however, a renegade version of present-ski was in full swing, fueled by packed-in beers from area breweries.

The next day at Arapahoe Basin, I didn’t find a congregation of drinkers at the peak, but I did notice a degree of uniformity among beer drinkers in the lodge. While my friends and I devoured a cold whole chicken and spooned out globs of homemade smoked salmon cream cheese, I observed two separate groups that had smuggled in their own beers. And the labels all matched.

So I got to thinking: Did each mountain have its own beer identity? Just as California’s Mammoth Mountain attracts snowboarders and Utah’s Alta reels in skiers, did one peak appeal to Pale Ale drinkers, while another attracted Stout devotees?

While it may have only been coincidence that Dale’s was the beer of choice at Vail, it’s no accident that other winter destinations in Colorado have beers synonymous with their slopes.

Pull off Interstate 70 into the Loveland Ski Area, and the pints and runs are equally attractive. But one tap in the Wedge Bar stands out from the rest. Handcrafted from blue spruce pine by Steve Indrehus, director of brewing at Tommyknocker Brewery, the handle itself alludes to the flavors found in their Pine Bough Pale Ale. And it’s only available in Loveland and at the production facility in Idaho Springs.

“Two years ago, the mountain was celebrating their 75 anniversary,” Indrehus says. “We’re both homespun operations. We ski [Loveland]; they drink at our place.”

So the two joined forces. Indrehus and his team harvested Loveland’s new-growth pine tips, took their pickings back to Tommyknocker, and produced a Pale Ale with a flowery, piney essence, but less bitterness than is typical of the style.

In mountainous Colorado, it seems obvious that the landscape would inspire ales and that beers would accompany outdoor adventures. Northeast of Loveland, at Eldora Mountain Resort, Upslope Brewing Company labels fill the bar when upslope storms hit the continental divide region, almost in tribute to this snow-bearing weather pattern. Avery Brewing Company’s lineup often taps the Rocky Mountains for inspiration, too. Their wintry Out of Bounds Stout label includes an “experts only” warning.

Oskar Blues head brewer Tim Matthews came to Colorado for two reasons: to ski and to brew. He found a home with the makers of Dale’s, where the outdoor adventurer’s mantra—Pack it in, pack it out—is printed on every can. So, when it came time for the brew team to craft a beer with skiing in mind, they used a wheat IPA foundation to develop ICEY.P.A. in collaboration with Denver’s Icelantic Skis.

“It’s really, really pale to look like snowmelt,” Matthews says. “Its flavor and aroma is like a snow blast to the face.”

Needless to say, drinking and winter sports should be paired in moderation, as Jason M., a local skier, points out. He explains that visitors to Colorado often make bad choices. “They drink like they usually do at home,” he says. “But now they’re doing it above 8,000 feet and then skiing down… It’s a fucking mess.”

Which is precisely why a 6.5 percent Pale Ale makes sense after a few burgers. ■ 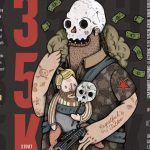 Previous: 35K Milk Stout by Against the Grain 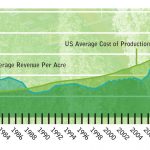