The Cost of Brewing Business 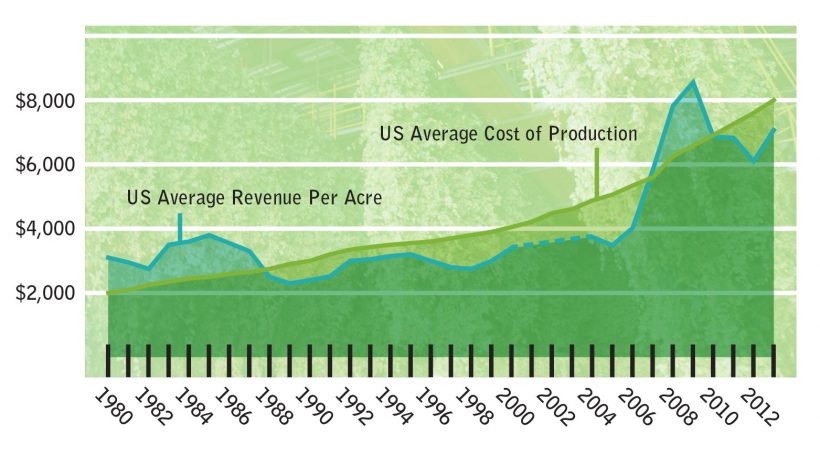 The American hop market seldom finds a comfortable equilibrium for very long, simply because as essential as hops are in brewing beer, they serve almost no other commercial purpose.

“If I have one pound extra it has no value,” says Jim Boyd, senior vice president of hop sales at Roy Farms in Washington.

Prices no longer swing as wildly as when crops in an entire region might be ravaged by insects or disease, but hop growers in the American Northwest—most of them third or fourth generation farmers—have seen a boom and bust cycle repeated many times. “It’s like clockwork,” says Sean McGree, hops specialist and quality manager at Brewers Supply Group, rhythmically ticking off what happens: Hop prices go up, acres get planted, production exceeds demand, prices go down, acres come out.

This isn’t news at established breweries. “We take a long-term view in sourcing,” says Dan Kopman, CEO at Schlafly Beer in St. Louis. Paying prices that sustain “the security of our supplies” is as important as the short-term effect of moderate increases in hop prices, which may or may not make a six-pack more expensive.

“I can’t stress strongly enough the importance of contracts. It gives the industry direction,” says Alex Barth, president of hop merchant John I. Haas. Three years ago, Barth, whose family has been in the hop business since 1794, predicted a structural shift in which American farmers would harvest more aroma hops than alpha hops.

Although every hop cone has compounds that may provide both bitterness and aroma, varieties are generally classified as aroma hops or bittering/high alpha hops. Worldwide, aroma hop acreage shrank 49 percent between 1991 and 2011. In the US, aroma acreage hit a 25-year low in 2010 before demand from craft breweries flipped the trend. Aroma acreage grew 85 percent over the last four years.

Most of the world’s largest brewing companies treat alpha varieties, which are often converted into more efficient extracts, as a commodity. Unlike aroma hops, which include everything from Old World varieties such as Saaz to New World darlings such as Citra, they are not sold by the pound. Price is based on kilograms of alpha they will produce. For instance, 6.25 kilograms of a hop, such as Columbus, that contains 16 percent alpha acids is equivalent to 1 “kg alpha.” Craft brewers learned this bit of math in 2007 and 2008 when hop prices surged dramatically for the first time in decades.

To assure uninterrupted future supply, dealers and breweries offered farmers five-year front-end loaded contracts that financed investments in necessary infrastructure. Growers in the Northwest planted almost 10,000 additional acres of hops in 2008, raising the total under wire to 40,898. Like clockwork, prices fell and acreage shrunk to 29,787 in 2011. However, with infrastructure in place, growers were able to react quickly to new demand for aroma. They harvested about 38,000 acres of hops in 2014.

Establishing the next 10,000 acres, or whatever is needed (see issue #94), will be more expensive. “Whether it is the American or European model it will require quite heavy investments,” Barth says. The average farmer in Washington grows 660 acres of hops, compared to about 35 in Germany. Farmers beyond the Northwest, most of them new to hops and following the European model, have already discovered the price. They currently ask three to five times more for their hops.

In the field, costs include the land itself, poles and other trellis material, irrigation and the plants. At harvest time a farmer must also have rolling stock (tractors and other equipment), a picker, drying facilities (both kilns and cooling floors), a baler and cold storage. Estimates range from $20 million to $30 million to put a 500-acre ranch into operation, a property that would likely produce about a million pounds of hops annually. US craft brewery hop usage grew by more than four million pounds in the last three years.

McGree says the standard contract length remains three years with incremental increases in the second and third years, but some brewers have entered into six- or seven-year contracts. None are front-end loaded, as in 2008.

Although contracts varied then, a typical farmer planting high alpha Columbus, Tomahawk or Zeus (basically interchangeable and so called CTZ) could expect to gross $32,000 an acre the first year and a total of $93,000 for five years. To match those amounts from Cascade, which yields about 1,800 pounds per acre in Washington, a farmer would need to receive $18 a pound the first year and an average of more than $10 a year over five years.

That model, rising recurring expenses including labor, and the cost of financing all suggest farmers must receive between $8 and $12 a pound for hops, depending on the variety, to justify large-scale expansion. In mid-November, the average three-year contract for Cascade was $4.90 a pound.

Something’s got to give. ■ 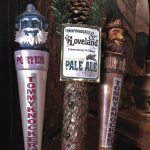 Previous: Crushing It: Beer and the Colorado Slopes 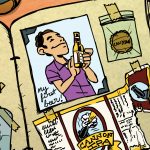