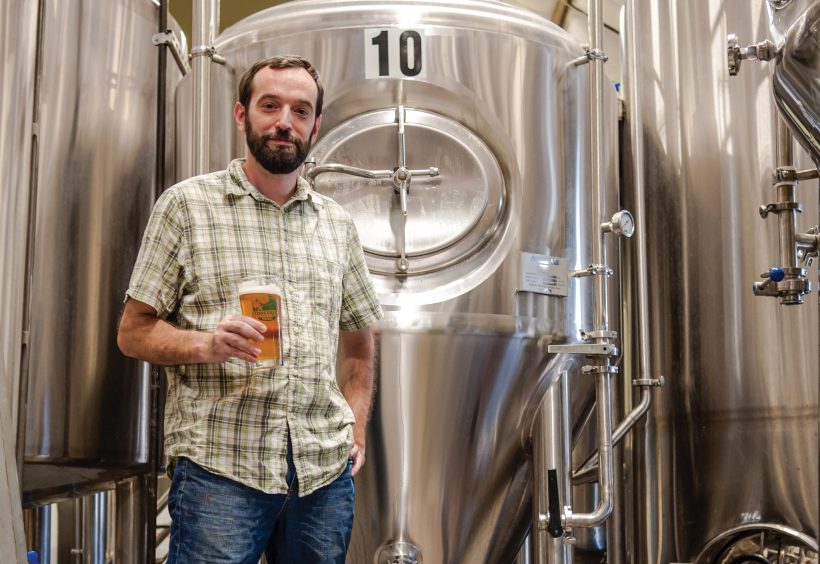 When Matt Cohen, the former head brewer at Magic Hat, opened the Fiddlehead Brewing Company just outside Burlington, Vt., in 2011, he was full of purpose. Cohen wanted Fiddlehead to be rooted deeply in its home state, and he wanted to build his brewery around one killer IPA. “Brewing really answered the scientific, nerdy side I have, and at the same time, the art and the craft of making a pint. Making a beer like no one has made, that’s what really drew me in,” he says. “I’m not going to say any of my beers are exactly perfect, because no beer is perfect. I’m always striving to evolve my beer. After 16 years in the business, I’m always learning, looking for ways to craft that perfect pint. And I hope I never get there, because the experience of trying, the journey, is the excitement.”

1. Try something different
It’s a tough thing for a professional brewer to admit, but the first time Matt Cohen tried Sierra Nevada’s Bigfoot Barleywine, he didn’t know what to make of the stuff. He was at Ithaca College in the early 1990s, and there was hardly any better beer to be had in upstate New York. When he began experimenting with homebrewing in his dorm room, it was partly because he was fascinated with the history of fermentation. But the bug bit quickly. His first homebrew batch, a light lager, quickly gave way to a succession of creative spins on European styles, efforts “to make something completely different than what was available at the time,” Cohen says. And he came around on Bigfoot, too. “By the fourth bottle,” he recalls, “I was hooked.”

2. Work the hustle
Cohen broke into brewing by getting on the lowest rung he could find, and then clawing his way up the ladder. “I was willing to do anything,” he says. He took a job cleaning growlers at the Shed, a brewpub in a northern Vermont ski town, and then talked his way into a young brewery in nearby Burlington called Magic Hat. “I told them how much I loved beer, I gave them examples of my homebrew,” Cohen says. And when that wasn’t enough, he offered to work for free. Cohen wiggled his way onto the payroll after a month on the job. He stuck around Magic Hat for 13 years, rising from unpaid grunt to head brewer.

3. Move past your own palate
Magic Hat taught Cohen to take risks and smash convention, but to do so while focusing on his customers. That’s a delicate line to walk, but Cohen learned how to pull it off at Magic Hat. “They really encouraged brewers to be very creative,” he says. “None of the beers fit a style. They were really on the forefront of the extreme beer movement. We were working really hard to break all the molds of what people thought beer was. I carry that to this day—the idea of not focusing on beer styles, but on the drinking experience, and how that translates to the consumer. If you’re only brewing beers geared toward brewers, you’re missing the mark.”

4. Pony up
At one end of the craft brewing business spectrum, there’s consolidation and aggressive corporate expansion, and at the other, an explosion of brewers working at a tiny scale. When Cohen left Magic Hat to found Fiddlehead Brewing—a move precipitated by a corporate takeover—he wanted to steer for the middle. Cohen wants Fiddlehead to remain small and independent, but he insists that means being big enough to make the business sustainable. “I don’t envy people on either end,” he says. “It’s interesting to see the larger, established, national brands try to reinvent themselves to stay current. There’s a lot of growth on the nano side, but the numbers don’t work. You need to either pony up and grow, or it’ll die.”

5. Brew for the masses
Cohen built Fiddlehead around one beer, his flagship IPA. It was the only beer he brewed for the first year and a half after opening Fiddlehead, and it’s still his biggest seller. Fiddlehead IPA is light on bitterness, but it’s loaded with juicy, citrusy and piney aroma hops. “I wanted a beer that would be accepted by everyone, and that’s difficult to do,” Cohen says. “A beer that’s accessible enough that people who are just getting into beer can enjoy it, but it’s interesting, unique and flavorful enough that it’s an everyday drink for a hardcore beer drinker.”

6. Run with a crew
Cohen complements his flagship brew with Second Fiddle, an aromatic hop bomb of a Double IPA. Fiddlehead is part of a coterie of small Vermont breweries that have redefined what a New England IPA tastes like. They’re all dialing back bitterness and going huge on flavor and aroma hopping. The approach has made Vermont a destination for hopheads. On days when Cohen releases cans of Second Fiddle, more than half the cars in his parking lot are from out of state. “When I started out, the rap on New England beers was they were all about Ringwood [yeast],” Cohen says. “The beers were diacetyl bombs. So now, for people to look to us for inspiration, as manufacturers of world-class beers, it’s super exciting.”

7. There’s no “I” in “adjunct”
Fiddlehead rounds out its array of IPAs with a steady stream of one-off beers poured exclusively in his brewery’s tasting room. As Fiddlehead grows, Cohen plans to begin packaging some of these in cans. The first recipe to graduate to the canning line was Hodad Porter, a dark, drinkable, moderate-strength recipe that combines roasted coconuts, cacao nibs and vanilla beans. Cohen wants the adjuncts to be present, but not overly conspicuous. “It has to be part of the overall flavor profile,” he argues. “A lot of people use ingredients just to say they did it, as opposed to making an interesting, unique, drinkable beer. Any beer you make, you should be able have more than a pint of. It should be the law!”

8. Listen to your (non-wine-cooler-drinking) customers
“A lot of people love to say, ‘Don’t listen to the critics,’ but I take the opposite approach,” Cohen says. “The consumer drives everything. I really try to gauge where they’re coming from, make corrections, follow their preferences. That doesn’t mean we’re going to follow every trend and make wine coolers if they get popular again. But people like hoppy beers, and that might not be your preference as a brewer, but you’ve got to make a hoppy beer. This is a business. That can’t get lost. If you want to grow your brewery, you need to do it through sales, and the way to sell beer is to make beers that speak to today’s consumer.”

9. Put down roots
Fiddlehead is a Vermont product, and Cohen doesn’t have any plans to ever distribute outside the state. That’s partly because Cohen learned from Magic Hat founder Alan Newman the importance of growing deep roots at home before stretching into new markets. But it’s also because Fiddlehead’s beer is a reflection of the state it’s made in. And, as fellow Vermonters The Alchemist and Hill Farmstead have shown, beer drinkers will seek out quality beer. “I want to get people to the brewery, so they can really understand who we are, what we do, and catch the vibe.” ■ 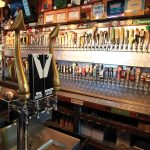 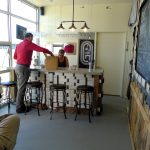