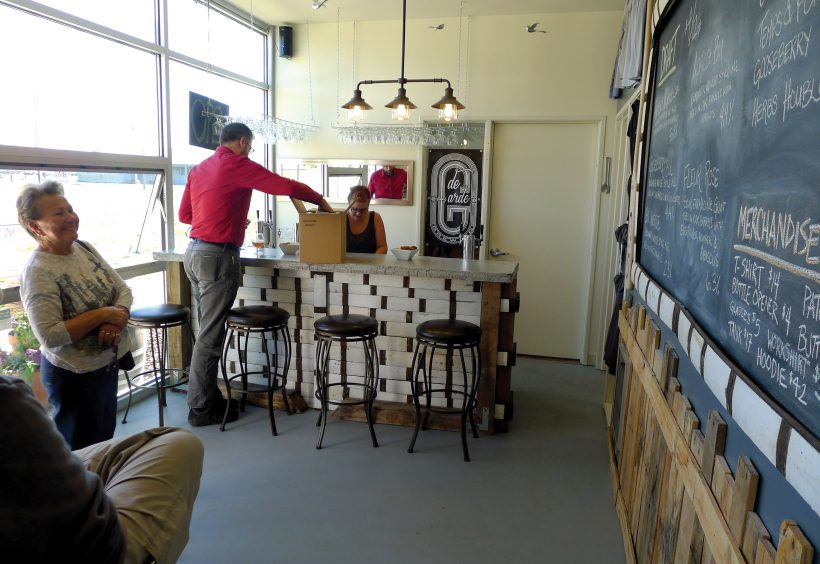 Tillamook, Ore., is a sleepy, remote and often damp coastal town 74 miles west of Portland. It smells of sea air and dairy farms. It’s also home to de Garde Brewing, whose singular focus is spontaneously fermented, barrel-aged beers. Those beers created a stir when they first appeared in the spring of 2013. Available in extremely limited quantities, they nonetheless quickly developed a strong following among wild beer fans.

“The enormous popularity of our beers out of the gate was truly humbling,” says Trevor Rogers, de Garde’s head brewer. “It was great to get that kind of recognition, but it caught us by surprise. We couldn’t come close to keeping up with demand for our beer.”

The growing popularity of wild, barrel-aged beer is an evolving force in the industry. More and more breweries are experimenting with these temperamental creations, but significant unmet demand remains, due to the complexities and time involved in making them well.

“De Garde beers have a passionate following here,” says Lisa Morrison, co-owner of Portland’s Belmont Station. “We regularly have people asking for them, but we seldom have any to sell. Hopefully, they will be more readily available at some point.”

Compliments and Complexity
Availability all depends on Rogers and his wife Linsey Hamacher, who owns the business. The couple met six years ago in Medford, Ore. They eventually made their way to Pacific City on the Oregon Coast, where Rogers took a job at Pelican Brewing. Linsey worked as a warehouse manager in Tillamook, about 20 miles north. Their joint interest in wild beer came to them by way of personal taste.

“We both have wide open palates and enjoy all kinds of beer, as well as wine,” Hamacher says. “But we were attracted to the flavor complexity you can achieve with wild beer and barrel-aging. It’s unbelievable and it takes beer to a different level.”

As they contemplated the idea of going into business, they also realized that the demand for wild beer was rising.

“We got a lot of compliments from friends who tasted the beers I was making as a homebrewer,” Rogers says. “You have to be careful with that kind of feedback, but we eventually became confident that we could make good enough beer to tap into the demand.”

Notably, Rogers did not learn his craft via formal training or on-the-job experience. Although involved in Pelican’s cask program, he was primarily employed as a front-end manager. His knowledge of wild beer and barrel aging came mostly through research and experimentation. The process Rogers and assistant brewer William Hubbs use is straightforward and traditional. Brewed wort is transferred to a shallow coolship, where it is exposed to the open air for 12–24 hours. It then moves to barrels for fermentation. Local fruit may be added early or late during that process, depending on the desired result.

“Barrels are crucial to the finished product,” Rogers says. “We could ferment in stainless, but the beers would be quite different. The barrels add a level of complexity to our beers due to micro oxygenation, which benefits most of the microorganisms.”

“Not only are they capturing the microflora of their area, they use a lot of regional fruit and other ingredients,” says Sean Burke, head brewer at The Commons in Portland, which produces a well-regarded line of Belgian-inspired beers. “These are great beers, artfully done.”

Courage and Conviction
One of the significant challenges Rogers and Hamacher faced as they prepared to launch the brewery was identifying the best possible place to operate in terms of the wild yeast cultures. Rogers collected and tested samples from several Oregon locations.

“I liked the yeast and bacterial combinations in a couple of places,” Rogers recalls. “One place I liked had a lower concentration of bugs in the air, which produced a sluggish fermentation and mold growth. Occasional bad batches were the result. We eventually decided the microflora in Tillamook was ideal.”

Money was another challenge. Getting funding for a brewery that wouldn’t produce any income for a year or more proved difficult. The two wrote and rewrote their business plan, but found no takers.

Obtaining funding may have been easier had they opted to make wild ales as part of a larger brewing program. Places like Allagash and Russian River do this successfully. De Garde had no such plan. Eventually they refinanced everything and ended up taking on as much personal debt as they could bear—hardly an ideal path.

As it happened, the popularity of their beers put them in a position where they could have sold their beer at a premium price and used those profits to expand production dramatically and make more money. Instead, they steadfastly kept their large-format bottle prices low, typically under $14.

“We could have overcome some of our financial woes earlier on if we had been willing to charge more for our product,” Hamacher says. “But we might not be where we are today if we had done that. The long-term stability of the business benefited by us offering an affordable, accessible product.”

Today, virtually everything they make is sold from their tasting room, which is managed by Sierra Lauder. Patrons travel from around the Northwest, even Canada and Northern California, for the chance to purchase de Garde beers.

“We pulled back our distribution plans to make sure we had bottles to sell here,” Rogers says.

As for expansion, the couple has fairly limited goals. They occupied part of a warehouse last summer and expect to grow into the entire 17,000 square feet within a year or so. Recently acquired foeders will help increase production of their most popular beers like Bu Weisse and Petit Desay. But mass production isn’t an aspiration.

“We like being hands-on and we intend to keep this fairly small,” says Rogers. “I don’t want to find myself making the same beer week after week. We’ll expand into the space next door and add another brewer. But we’ll stay small. Our goal has always been to make great beer, beer that will make our customers happy.”

On Tap
Bu Weisse: Tart, citrusy and refreshing, this Berliner Weisse-style ale is aged in barrels with a variety of local fruits as part of a small batch series. 2.3% ABV
Petit Desay: Light and refreshing, with a moderate acidity and bright fruit notes, this wild farmhouse or Grissette-style ale is aged in foeders and barrels and blended to taste. 4.5% ABV
Hose: A Gose-inspired beer dry hopped with Amarillo and Citra in blending tanks. Tart and very citrusy. The salinity adds a rich balance without being salty. 4% ABV
Lee: Beginning with a sour Red Ale base, this Kriek undergoes a secondary barrel fermentation on Montmorency cherries from Oregon. Batches are then blended for a unique expression of wild yeast and bacteria. 7% ABV
“The” series: Lambic-inspired beers focused on local terroir. Made with Northwest barley, unmalted wheat and aged, Oregon-grown Willamette and Cascade hops. Barrel-aged for at least 12 months prior to blending and/or fruit additions. 5–8% ABV ■ 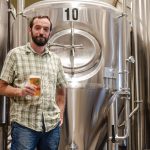 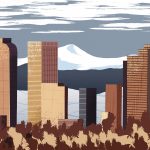