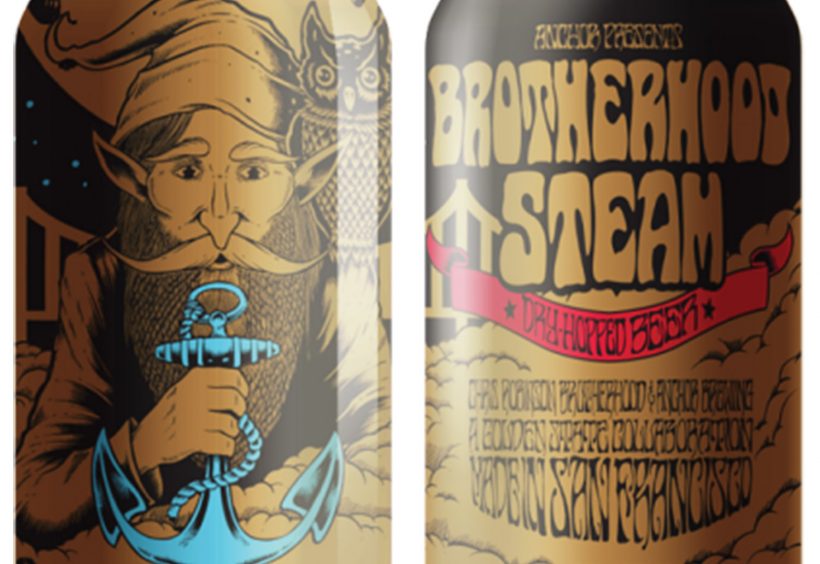 If you’re a fan of the Chris Robinson Brotherhood, the blues-rock band formed by Black Crowes singer Chris Robinson, you know that Anchor’s Brotherhood Steam Beer can is a new experience for Captain Nebula, the “intrepid interspace gnome” who appears on CRB artwork. “It’s just like another weird trip or journey that he’s going on,” says CRB artist Alan Forbes.

“He’s going into other people’s refrigerators and coolers and things,” jokes Robinson.

In Forbes’ illustration, Captain Nebula hovers in front of San Francisco, where the collaboration began. Turns out, there’s a cadre of CRB fans within Anchor’s upper ranks, while Robinson and tour manager Brian Sarkin are loyal Anchor drinkers.

What made it easy, says Robinson, “is [Anchor’s] independent spirit as the oldest independent brewery in the United States. How they’ve stuck to that in terms of how they operate their business is a lot in line with how we envision the CRB working—trying to make something that’s a little more in depth and a little more of an experience than just capitalism.”

Anchor even gave Forbes total creative freedom during the design process. “They kept asking me what I thought, like they were more concerned [with] the way they were treating my artwork than anything,” he says.

“Like wow, there’s not some person in some corporation going, ‘I can’t read this font.’ It’s not that kind of scene,” adds Robinson.

The psychedelic can reminds Carpenter of Bill Graham’s Fillmore poster series from the 1960s, and posters by artist Wes Wilson, who actually worked at Anchor Steam. “It brought back memories of Wes and the early days of the brewery. When I first saw the art, I thought, my god, look at that.”

As Anchor co-owner Keith Greggor told Robinson, the can “is like an invitation.” But “like Herman Hesse in Steppenwolf,” Robinson contends, “entrance is not for everyone.” ■ 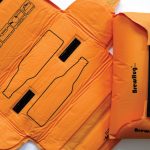 Previous: How About a Beer Hug? 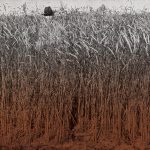