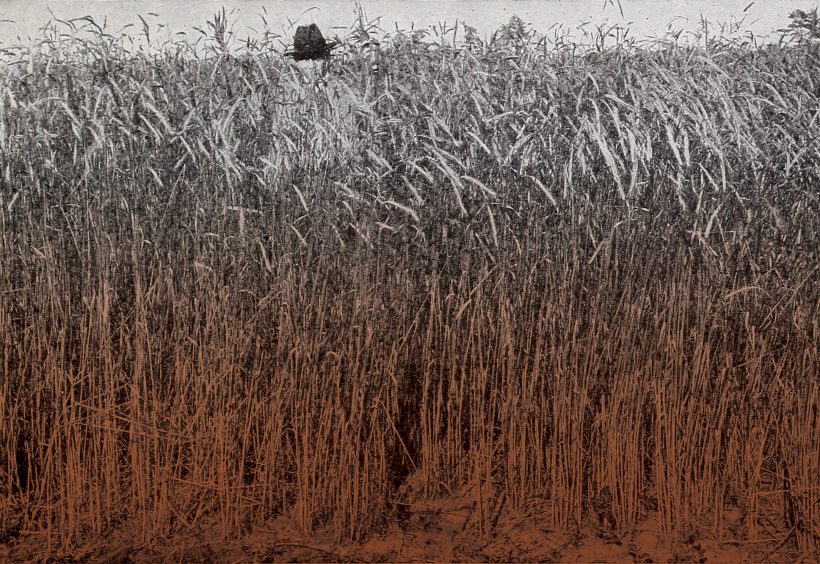 A field of Abruzzi rye, from the 1922 Hastings Seed Catalog.

By focusing on the transformations that take place in the brew kettle, we sometimes forget that farming is about taste, too. Instead of using mass produced barley, wheat and rye malt, brewers around the country are beginning to look to heritage grains to add character and complexity to their beers—varieties packed with flavor and history.

Appalachian-grown Abruzzi rye is one such example. Grown across the southeast since the pre-Civil War period, Abruzzi can be traced back to Roman cultivars selected for their persistence and ability to grow vigorously in little soil. The kernel is smaller than modern rye, and the germ is flecked with crimson. It has flavors of black pepper and tangy citrus.

“Using what’s grown around me in the Appalachian region in North Carolina means that I’m creating an entirely different product than the rest of the world,” says Fonta Flora brewmaster Todd Boera.

Just as the range of hop breeds has increased in recent decades, the malt choices available to brewers have also expanded as new varieties and alternatives enter the market. These options include wheat varieties such as Turkey Red and Appalachian White, heritage ryes like Abruzzi, more esoteric grains such as quinoa, and even the occasional oddball, like malted sunflower seeds.

Alternative malts have already brought interesting and award-winning beers to the table. Millstone White IPA from Burial Beer Co. of Asheville, N.C., is brewed with malted Turkey Red. Jack’s Abby Brewing in Framingham, Mass., took home a bronze medal from the 2011 Great International Beer Festival with Hoponius Union, an ale that relies on West Coast hops and East Coast spelt. And Glutenberg’s gluten free Red Ale has buckwheat, millet and quinoa in the malt bill and won a silver medal at the World Beer Cup in 2012.

Fonta Flora in Morganton, N.C., brews most of its “Appalachian-style” Saisons with a percentage of Abruzzi. Human Rumen, for instance, uses Abruzzi rye, alfalfa, clover and rye grass hay. Compared to other rye malts, Boera finds that “the taste and the texture is totally different from your standard varieties. The character is very earthy, not as sweet [as common rye],” he says. “It’s a little drier, more robust in flavor and really provides that rustic character you would get from drinking Saisons from France and Belgium.”

More than a thousand miles away in Austin, Texas, Jeffrey Stuffings, president of Jester King Brewery, works closely with Blacklands Malt in nearby Leander to brew their table beer Le Petit Prince entirely with locally malted two-row barley and Texas red wheat. “We want to be an authentic farmhouse brewery,” explains Stuffings. “A huge part of that is using ingredients connected to the land here.”

But how are these heritage grains suddenly making their way into our beers? For starters, the appearance of smaller, specialized malt houses. More micro-malting operations mean more opportunities for terroir to find its way into beer. The newly formed Craft Maltsters Guild now includes 19 members in 14 states and Canada. Brent Manning and Brian Simpson are two such members. Their Riverbend Malt House in North Carolina has produced both Abruzzi rye malt and Turkey Red wheat malt for brewers.

Manning and Simpson began working with Turkey Red after discovering Carolina Ground, a small-scale flour mill connecting farmers to bakers around the state. Bakers were requesting Turkey Red and the two partners thought brewers would also love the grain. Sure enough, following his philosophy of using what’s grown locally, Boera began working with Riverbend. And when Blacklands Malt popped up outside of Austin, “we reached out to them immediately,” Stuffings says. “Most of our beer uses Blacklands malt.”

As supply increases and new malt choices proliferate, other brewers are likely to follow Boera and Stuffings on an exploration of the tastes of place. For beer drinkers, the best part is that it’s just beginning. ■ 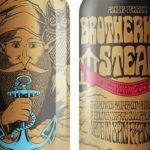 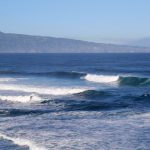