Where to Drink in New Orleans, Louisiana 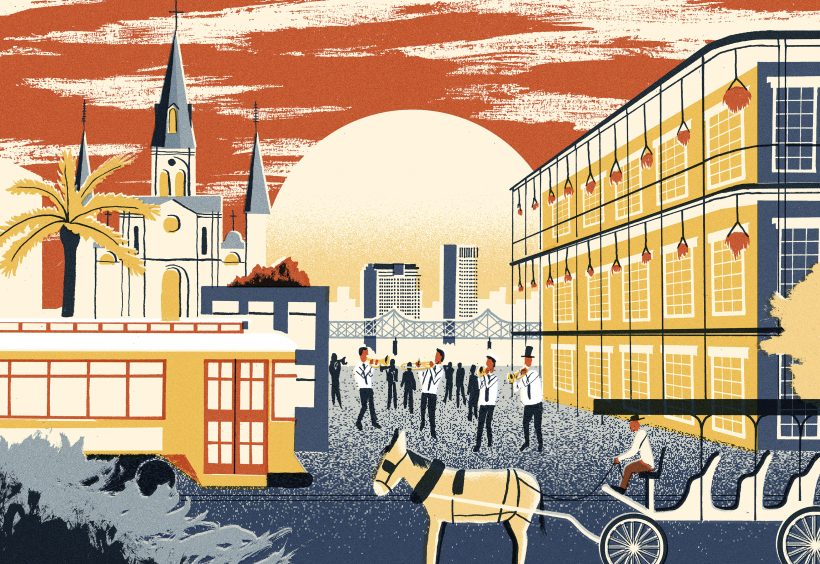 In The Big Easy, drinking is often paired with the debauchery of Bourbon Street, where cheap Hurricanes and “Big Ass Beers” have long been sold and spilled up and down the thoroughfare. But times change even if the party never stops, and New Orleans now has much more to offer the discerning beer drinker.

When it opened in 1986, Abita Brewing Company primed the city for a maltier, hoppier future, although it’s located about 30 miles north. Still commonly associated with New Orleans, the Southeast’s oldest craft brewery has since grown to become the country’s 22nd largest beer producer.

In Abita’s wake, NOLA Brewing stepped onto the scene in 2008 with the intent to “bring the history and tradition of beer back to New Orleans,” introducing locally themed beers like Hopitoulas, 7th Street Wheat and Flambeau Red. Today, Louisiana’s biggest city is home to several breweries, with more on the way.

Meanwhile, established beer purveyors like Avenue Pub and Cooter Brown’s cleared the way for newer, up-and-coming bars to get their feet wet in a town that bustles with year-round beer activity, hosting events like the New Orleans International Beer Festival, New Orleans on Tap and Boudin, Bourbon and Beer. And southwest of the famed French Quarter, homebrewers seek out Brewstock for supplies, equipment and expertise.

So whatever the city’s beer scene might—temporarily—lack in depth and national diversity, it more than makes up for in Creole character and regional loyalty, particularly to breweries in Louisiana and neighboring Mississippi.

Ale on Oak
8124 Oak Street
aleonoak.com
The owners of next-door wine bar Oak opened this laid-back joint in July, connecting the two with a fan-lined alleyway courtyard. Though it’s the newest beer bar in New Orleans, it holds its own with 30 taps and 70 bottles. While specializing in local brews, such as Chafunkta Kingfish Ale and Abita SOS, the bar welcomes a few out-of-towners, including Stone Go To IPA and Brooklyn Sorachi Ace. It also serves up a tasty menu of elevated bar food, like debris fries topped with roast beef simmered overnight.

Avenue Pub
Rated among the top beer bars in the country, Avenue Pub boasts more than 40 rotating taps between its main downstairs bar and smaller upstairs bar with an adjoining balcony. The selection of drafts and bottles from regional, national and international breweries changes so often that bartenders keep the revolving menu on clipboards. They also consistently receive rare, one-off keg specials not found elsewhere in town. The pub’s long list of brews comes with a regularly updated menu of upscale bar food, such as a foie gras burger and a locally sourced St. James cheese plate.

Balcony Bar
Known for its massive second floor balcony, this Uptown hotspot serves the local crowd from 30 taps downstairs and 24 at the upstairs bar—when patrons can reach it. As late-night hours tick by, the louder and more crowded this place gets until people surrounding the bars are three rows deep and haggling for a taste of Tin Roof’s Voodoo Bengal or Watermelon Wheat. Downstairs, stacks of quarters line the sides of the pool table for those who care to compete.

Bayou Beer Garden
326 N Jefferson Davis Parkway
bayoubeergarden.com
One of the newest beer bars and a short walk from Canal Street, this Mid City locale has already earned cred with locals thanks to a hefty menu of more than 100 regional and national bottled beers, plus a few gems like Bayou Teche Acadie on tap. Lush greenery surrounds the sprawling back courtyard where drinkers grab a table or huddle on the mass of bar stools in front of the flat screen above the smaller outside bar.

Cooter Brown’s Tavern
Perched at the Uptown end of St. Charles Avenue, this watering hole was made for sports lovers who enjoy watching the big game on 17 flat screens and two 8-foot drop-downs while choosing from a selection of about 40 taps and 400 domestic and imported bottles. As they drain pints, patrons can slurp down freshly shucked raw oysters or suck the heads of some of the city’s finest boiled crawfish on the weekends. The Snooty Cooter, a recently opened back bar, boasts its own heavily rotated set of 20 taps.

Crescent City Brewhouse
A brewery, bar and restaurant rolled into one, this French Quarter destination stands out with its range of traditional German styles poured out of shiny golden taps. The first brewpub in New Orleans, Crescent City’s latest addition is a menu of beer cocktails, which includes the Turbo Shandy, the house Pilsner mixed with Sierra Mist and a shot of flavored vodka. Kicking it up a notch, the Cajun Michelada, combines their Vienna-style Red Stallion with michelada mix and Cajun spices.

d.b.a.
While patrons may come here more for the live music than the beer, the four-chalkboard-menu selection doesn’t hurt a night out on Frenchmen Street. Look for regional favorites, like Parish Canebrake, Bayou Teche Cocodrie and Gnarly Barley Catahoula Common on draft, or savor the selection of wider-reaching bottles and cans from the likes of Chimay and Warsteiner. Just be careful not to spill a pint on the wildly dancing crowd.

Evangeline
329 Decatur Street
evangelinenola.com
This French Quarter darling complements its exposed brick interior with a cozy courtyard that has eclectic bulb lights draped overhead and a crackling fire pit tucked into the corner. This courtyard is the future home of another bar with an additional draft selection. It will add to the current list of namely regional options, including Covington’s Pontchartrain Pilsner and Anonymous IPA.

Industry Bar & Kitchen
French Quarter locals, especially those in the service industry, know just where to go for a cold one. Regarded as one of the most popular late-night haunts in the Quarter, particularly for its extensive beer selection and legendary pizza, Industry Bar & Kitchen has a host of TVs for sports fans in addition to a bar flanked with two sets of taps and a large glass-door fridge behind it. The taps are dominated by regionals, including several Abita labels, but the bottle list offers a wider selection of national and international brews.

Stein’s Market and Deli
Arguably New Orleans’ best bottle shop, Stein’s offers an enormous selection of brews, and the aptly named “new shit” section is always worth checking out. In time for Mardi Gras season and St. Patrick’s Day, Stein’s thoughtfully rolls out a prime selection of canned beers that are perfect additions to the parade experience. While you browse, try one of the traditional deli sandwiches like The Mumbler, made with imported prosciutto and talleggio on ciabatta bread. ■ 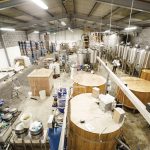 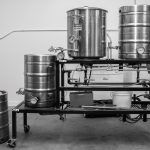