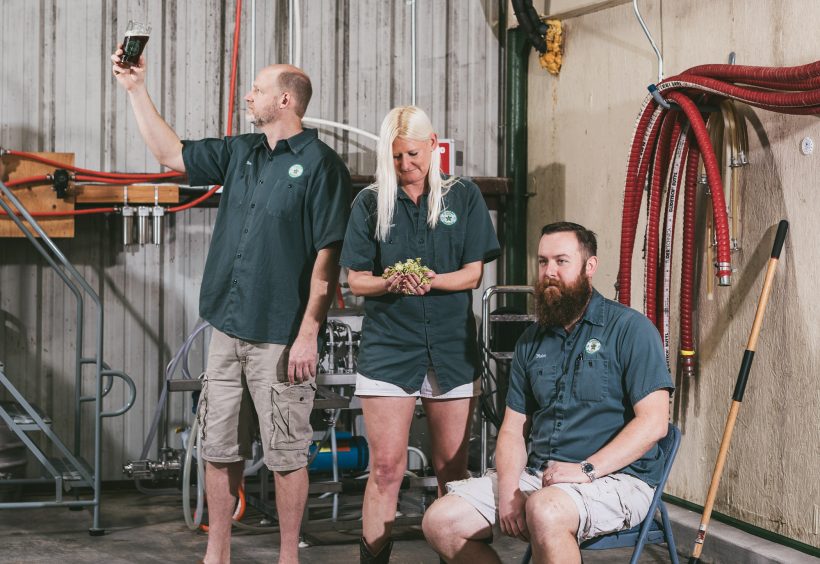 When Trevor Brown first landed in Texas more than two decades ago, the state was overrun by macro-brewed lagers. The ground has shifted quickly. Brown is part of a rapidly expanding group of brewers redefining Texas beer. The Lone Pint, the brewery Brown founded with his wife, Christi, and sister and brother-in-law, Heather and Blake Niederhofer, in 2012, shows just how long the craft industry’s reach has grown; the brewery has turned Magnolia, a tiny town an hour outside Houston, into a destination for brawny, hoppy ales. “The younger generations,” Brown reasons, “don’t want to drink the same swill their dads drank.”

1. Reach for it
Trevor Brown’s relationship with beer started with Pennsylvania’s strict ID laws. He and his college buddies had a tough time acquiring beer while underage, so they’d make a six-hour run up to Toronto. On one Toronto beer run, Brown met a Nut Brown Ale that changed his life. That beer inspired him to take up homebrewing. Even though his first batch “tasted like nail polish remover” and broke all the rules of brewing (awful sanitation, fermenting in sunlight, cleaning with bleach), he stuck with the hobby, and fell in love with beer and brewing culture.

2. Dream it
Brown worked as an engineer for years, and for a while, that career pushed his hobby to the side. Eventually, he says, his day job “got to a point where I said, this is great, but it isn’t the dream.” So he and his sister, Heather, started chasing the dream. They built out a 20-gallon garage system laid out like an industrial-scale brewery, and began knocking out recipes destined for the brewery they’d decided to launch together. “The first year was just figuring out the equipment, how things go together, learning new hops.” Then they methodically nailed down the recipes that built the Lone Pint.

3. Dig deep
Trevor and Heather spent years testing, retesting and refining a slate of recipes for their brewery-to-be. They wanted to focus on brewing the types of beers they liked drinking—bigger, hop-forward American Ales. The work came in nailing down the details, especially their house yeast profile. They’d brew a batch, split it into two different fermentors, hit each fermentor with a different yeast strain, declare a favorite, and repeat. “Everyone seemed to be using the same 1056 Chico strain,” Brown says. “People weren’t using 90 percent of the yeasts that are out there, and I figured, there’s got to be a reason the others are still around.”

4. Join a movement
Brown remembers sitting in Pennsylvania during his collegiate years, drinking a Saranac Pale Ale, and knowing that the craft beer wave was destined to wash over Texas. And perhaps nothing sums up the current state of beer culture in Texas like the Lone Pint’s hometown of Magnolia: If this little town of 1,300 people on the Houston outskirts is a beer destination, then things have shifted dramatically in the Shiner state. “It seems like there’s a new Texas brewery opening every three months or so,” Brown says. “Saint Arnold and Karbach draw huge crowds, but the rest of us are smaller, and we’re everywhere. People make the trip up from Houston and Austin. Last weekend, we had two party buses come through, hang out at the brewery, and then go hit the next ones. Ten years ago, you’d never see that.”

5. Read the writing on the wall
The beer that Brown brewed to be his first flagship, 667 Neighbor of the Beast, is a nod to the kinds of big, brawling IPAs that he’s long loved to drink. But it’s also an ode to his favorite bit of men’s room graffiti. “There was this bar we’d go to, and scrawled on the men’s room wall it said 667 neighbor of the beast,” Brown says. “I’d read it for years, thinking, I’ve gotta use that.” Brown cozied up to the beast by piling mounds of piney, resiny Centennial, Simcoe and Nugget hops on top of a solid malt base. True to its name, the beast’s neighbor is designed to clock in at 6.6 percent ABV, and 66.7 IBU.

6. Don’t step on greatness
The Lone Pint originally cooked up its best-known beer, the floral, fruity Yellow Rose IPA, a meditation on Mosaic hops, as part of an ongoing Zythophile series of IPAs brewed with newly released hops. That’s why Yellow Rose is as stripped down as a beer recipe gets—it’s just one malt, German Pilsner, and one hop variety. The combination worked because Brown knew when to step out of the way of his ingredients. “I’d love to take credit,” he says, “but that hop just has such nice properties. It’s a great bittering hop, you can put a lot of it in there, and unless you mess it up, it’s not a bracing bitterness. And the aroma is ridiculous.” Brown concedes that his crew “didn’t think we’d brew it again, but people kept asking for it.” So they kept making more.

7. Embrace the unknown
The Lone Pint’s Zythophile series of stripped-down IPAs brewed with new or experimental hop varieties has also cranked out recipes highlighting El Dorado, Azacca, Rakau, Belma and Summit hops. Brown sees value in experimenting with full-blown batches, and working through new hop profiles alongside his customers, rather than in small, employee-only recipes. “We don’t know what they’ll taste like,” he says. “I feel confident with our handling of different malts and hops, the ratios that work with bittering, aroma, and dry hop additions, that the beers won’t suck. It’s a learning process for us, and for the public.”

8. Romance your brew kettle
Brewing is a science, but it’s also an act of mysticism. It’s the mystical side of the equation that drives the Lone Pint’s embrace of great piles of whole-cone hops in its brewing operations. “Part of it is the romance,” Brown says. “The pellets look like rabbit food, then they turn to green sludge. That doesn’t seem like beer!” He readily admits that he has no idea whether whole hops deliver better-tasting recipes. But whole hops are all he’s ever brewed with, and they make for a good show at festivals (“We’ll rip into a corner of a 50-pound bale and throw it on the table, and people love it,” he says), so into the kettle the whole hops go.

9. Branch out
The Lone Pint brews lots of big, hop-heavy recipes, because those are the types of beers its brewers gravitate to. But once a year, the brewery does a 180-degree turn and releases a Braggot. The beer, brewed in collaboration with a meadery in Magnolia, draws most of its fermentable sugar from local honey; caramelized honey adds color, and there’s hibiscus and more honey on the beer’s nose. Brown hits the beer with a decent charge of bittering hops, but they take a back seat to the Braggot’s sweet and floral notes. It’s a major departure for the brewery. “Some people love it, and some people hate it,” Brown says. “We like our beers big and hoppy.” Still, he adds, “It’s a big beer, so we’re halfway there.” ■ 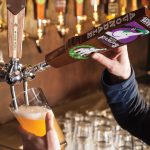 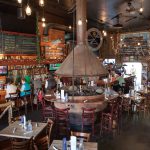