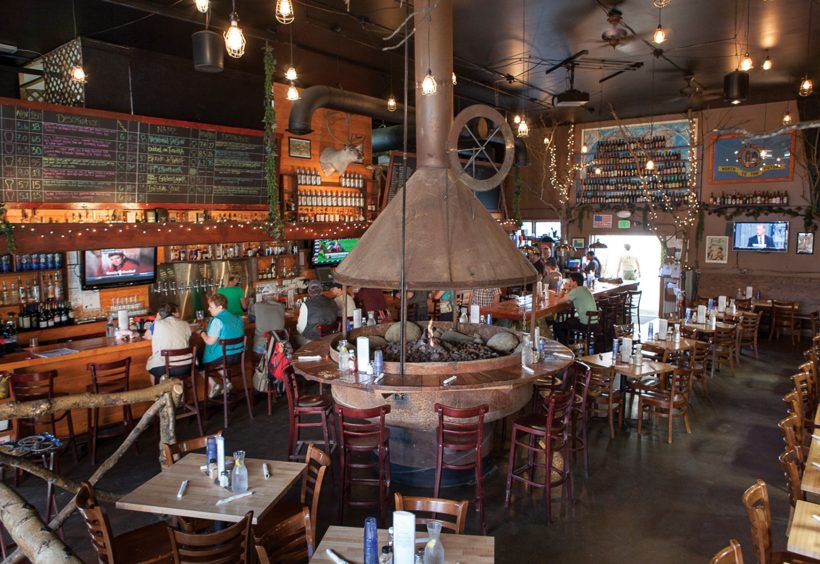 As of 2010, its population was 1,021. If you’ve heard of it, you’ve either read Into the Wild, or you’ve been to Denali National Park and Preserve just outside of town. For much of the year, it’s a sleepy place. But from mid-May until mid-October things get rather busy, especially at Healy’s lone brewery, a company defined by passion, quality, attention to detail, a sense of family and more than a dash of culinary panache.

It’s a story with a serendipitous beginning. As a successful young chef in Seattle, David McCarthy had a long-term plan to open his own restaurant in Chicago. But in 2006 his fate and his future changed dramatically when he decided to take a sabbatical to check off an item on his bucket list. Putting his dream on hold, he jumped on his motorcycle and rode to Alaska.

Into the Wild
When he reached Denali National Park, McCarthy took a temporary gig as a breakfast cook at the Salmon Bake, a well-known Alaskan restaurant. There he met a young entrepreneur, whitewater rafting guide and Alaska native by the name of Jason Motyka.  As they talked, the two recognized an opportunity to take the restaurant to another level and bought the business. “Before David, there wasn’t a passion around food in that part of Alaska,” Motyka says. “He changed the paradigm.” Together they worked to grow the Salmon Bake while trying to understand the dynamics of the area and the market. Ultimately, this led them to open Sled Dog Groceries & Liquors, followed by Prospectors Pizzeria and Alehouse. The latter business told them Healy needed good beer, and served as the springboard for 49th State Brewing Company.

McCarthy knew that if 49th State had any chance at success, he would have to treat his culinary training as an asset. And that he had to apply important lessons from his days as a chef. “You cannot take shortcuts,” he insists. “If you do, it turns up on the palate, and the palate doesn’t lie.” As true for beer as it is for food, this maxim became one of the tenets for the brewery.

Driven to make this new venture something special, to make certain every visit was, in his words, “an experience,” McCarthy decided to hone his brewing skills at the Siebel Institute in Chicago. While there, serendipity struck again, as he found himself sitting beside a talented young brewer named Jay Bullen. They quickly hit it off, and when Bullen finished his training at Siebel, he left his hometown of New York City behind to take over as 49th State’s first head brewer. After assembling a tiny half-barrel system, Bullen began brewing in the spring of 2011.

During that first year, as the trio developed recipes and figured out how to source the best ingredients, brew in the best possible manner, and serve the best beer they could, their entire production was a meager 27 barrels. “Chefs understand that the quality and sources of ingredients are critical to the quality of the finished product,” McCarthy explains.

Bullen agrees. “David makes it easy to brew the best. He makes it about the quality, and quality trumps cost in the production of every single batch.”

One of McCarthy’s favorite stories comes from culinary school when he and his fellow students were presented with two glasses of wine to taste: a fine wine in a plastic cup and a cheap wine in a crystal glass. The students universally preferred the cheap wine. “You taste with your eyes,” he says. Consequently, at 49th State, the partners opted to eschew the ubiquitous Shaker pint in favor of more costly—but stylistically appropriate—glassware.

Vacation and Hibernation
But there’s more than presentation that sets this brewery apart. Since business tends to be a little slow when it’s 68 degrees below zero, the brewery remains closed from November through February. While this might seem like a serious business challenge, the 49th State team has turned it into a huge positive. Each winter, they travel the globe to study some of the world’s great beers, using this time to condition a number of their own limited-release beers while they’re away.

“We have a unique opportunity every winter to reassess and rejuvenate the business,” explains McCarthy.

During the winter of 2012, McCarthy and Bullen visited more than 50 breweries in Belgium and Germany, including Brasserie Dupont, Brasserie de Rochefort, Brouwerij St. Bernardus and Brouwerij Rodenbach. These visits explain much about the Belgian and German-style beers in their range. “We strive to pay homage to some of the great beers we have encountered,” Bullen says. “There is a story behind every beer we brew.” This may be most apparent in early August at their annual Augtoberfest. At last year’s event, Bullen and assistant brewer Vincent LaRochelle went with a German lineup: a Doppelbock, a Dunkelweisse, and a few uncommon offerings like a Smoked Marzen and a Berliner Weisse; all styles they encountered in their European travels.

Their greatest achievement, however, could be the beers in their Hibernation Series. Brewed in mid-October, these beers are allowed to “hibernate” for the winter and are only available in the spring to fortunate early-season visitors. In 2014, they brewed Hibernator, a big, German-style Doppelbock clocking in at 7 percent ABV, Seward’s Folly Imperial Stout, 12° Quad, a Braggot made with Alaskan honey, and Dubbel on Tundra, a Belgian-inspired Dubbel with an Alaskan twist; along with the traditional Belgian candi sugar, they used late-run Birch syrup.

49th State is nothing if not dynamic. Each spring brings new ideas, new improvements, new beers and fresh perspectives. Having grown into a new 15-barrel brew house as well as additional fermentors and bright tanks, the brewery also recently added a new six-head bottling system, allowing it to expand well beyond Healy and Denali for the first time. And over this past winter, Bullen visited breweries on the East Coast, from Allagash and Smuttynose to Flying Fish and Victory, while McCarthy visited more in Southern California. Who knows what this latest trip will spawn?

On Tap
Golden Dahl: A Belgian-Inspired Tripel with lots of fruity esters and a subtle spiciness. Named for the protected Dahl Sheep of nearby Denali National Park. 9.0% ABV
Prospector’s Gold: A light, crisp and clean Helles-style lager that’s also the house staple at nearby Prospectors Pizzeria and Alehouse. 5.2% ABV
Smoked Märzen: Brewed in homage to Bamberg, Germany’s classic Rauchbiers, this lager has a distinctive campfire-like aroma and a sweet, smoky flavor. 5.8% ABV
Hibernator: Part of the renowned Hibernation series, this big, malty German Doppelbock is brewed once a year and lagered for six months. 7.0% ABV
Solstice IPA: Juicy citrus and pine stand out in this well-balanced IPA hopped with Columbus, Cascade and Citra. 49th State’s best seller. 7.0% ABV
Seward’s Folly: This inky Imperial Stout rests all winter before it’s unleashed. Roasted barley and chocolate give way to dark fruit and a port-like quality in this annual brew. 10.0% ABV ■ 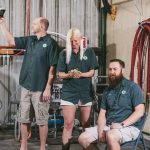 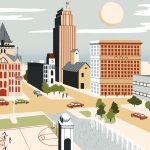