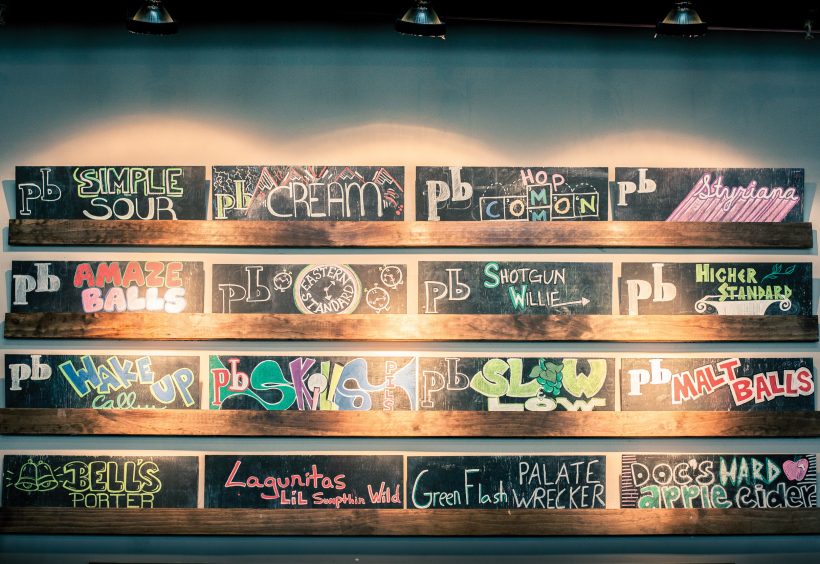 Though Higher Standard Imperial IPA was awarded TAP New York’s highly coveted Governors’ Cup in 2013, Peekskill Brewery continued to refine the recipe. The festival’s designation of “Best Craft Beer in New York State” was nice, Jeff O’Neil humbly recalls, but its former brewmaster “knew it still wasn’t where it could be—where it should be. I changed it several times.”

This incessant pursuit of perfection is typical of Peekskill, a small operation that has earned a big reputation by creating some of the best hop-driven, flavor-forward ales on the East Coast. When Keith Berardi opened the brewpub with his wife and sister in the eponymous riverside town in 2008, however, the Hudson Valley was better known for scenic beauty than beautiful beer.

“I didn’t want the typical brewpub serving the gamut of colors: Brown Ale, Golden Ale, Red Ale… That’s boring to me,” recalls Berardi. “Our goal was to establish a unique identity that could represent this area, and we wanted to do that with memorable beers.”

While the trio’s aspirations were earnest, their initial setup wasn’t ideal. Peekskill’s original location was a mere 3,500 square feet, with the bar and restaurant in adjacent buildings with separate entrances. A long, narrow hallway linked the two, and next to the kitchen, they squeezed in a 3.5-barrel brewhouse. “People would walk by and wonder how we even made beer in there,” Berardi says.

After three years of recipes that varied widely in quality, executed by a rotating cast of brewers, Berardi decided to shift focus. Step one: secure a new location. “We found a beautiful stone building a few blocks away that was perfect for what we wanted to do with our beer and food,” he says. Step two: find a brewer capable of establishing a real identity.

O’Neil, who brewed at Ithaca Beer Company for nine years, was ready for change—and a challenge. “This was an opportunity to get out of just production mode, making the same thing every day,” he says. “I saw a lot of cool things I could do at this new space to help put Peekskill on the map.”

After designing a 14,000-square-foot, four-floor brewery to O’Neil’s specifications and continuing to brew at the original space for more than a year, Peekskill reopened just before Christmas in 2012.

Bigger Brewpub, Better Beers
The distance between Peekskill’s old and new homes is only two-tenths of a mile, but their differences are dramatic. The latter features a 15-barrel brewhouse and a 16-draft taproom on the first floor, with a 65-seat restaurant and another 16 drafts pouring on the second floor. While other breweries once dominated its taps, nearly every beer poured at Peekskill is now brewed in house. These include Eastern Standard, the fruit-nosed flagship IPA loaded with Simcoe and Citra hops; Vaporizer, a double-mashed Imperial Stout brewed with Bob Barrar of Iron Hill Brewery; and Simple Sour, an entry-level Berliner Weisse spiked with Brettanomyces.

O’Neil’s nickname is Chief, but Skipper is perhaps more appropriate given his skillful navigation through the treacherous shoals of mediocrity at Peekskill. During this voyage, his ambition kept him from truly finishing a recipe. “I’ll tinker around with a beer three months down the road if I taste something that I don’t like,” he says. “It depends on what I think in the present, not what I thought about it back then.”

His meticulous nature isn’t a new quirk. He was responsible for transforming Ithaca’s Flower Power, then a “pretty subdued IPA made seasonally without any oomph to it,” into a standout example of the style on the East Coast. “I worked on the new recipe forever. Months down the road, I was still tweaking the hop aroma, the bitterness,” he recalls.

Hop Aboard the Coolship
O’Neil attributes his deftness with hops to experience, but an uncommon piece of equipment has helped elevate Peekskill’s beers. During the brewery’s buildout, he unconventionally requested a coolship, a once-widely used device that cools wort faster by increasing its surface area. Essentially a large, shallow metal tub, the coolship eventually lost popularity as brewing technology advanced and sanitation became crucial for sterility and consistency. In Belgium, however, brewers realized that exposing wort to the atmosphere would enable wild yeasts and bacteria to interact with it. This process of spontaneous fermentation is critical to the production of Lambic, a complex style native to the country.

The use of coolships has recently exploded in America: Allagash, New Glarus and Russian River are among roughly 15 breweries crafting Lambic-style beers with this device. It’s a different ballgame at Peekskill, though; O’Neil uses his coolship for hopping.

After the wort is pumped to the third-floor coolship, large quantities of hops are added before the liquid is returned downstairs to start fermentation. According to O’Neil, late hop additions at temperatures approximately 30 degrees lower than normal retain more essential oils, volatile compounds that evaporate during boiling. Another advantage is the increased contact between hops and wort. “With the shallow depth, more wort is in direct contact with the hops, more so than any upright vessel,” he says. “You can totally tell the difference since we’ve been using it. Even in our higher-in-alcohol beers, that same bright, oily character is there. It’s a particular mouthfeel to the beers that doesn’t come from sweetness but instead from those hop oils.”

His influence has spread to other hop-focused breweries. “Jeff isn’t the only brewer focused on hop aromas, but he has been innovative in his use of the coolship, and we were really excited to use it,” says Sam Richardson, co-owner of Brooklyn’s Other Half Brewing. In 2013, the two companies collaborated on Nuggy Num Num, an IPA made with Nugget, Ahtanum and Magnum hops.

O’Neil’s influence has also spread to Peekskill’s new brewmaster, Matt Levy, who was promoted when his mentor left in March to launch a new brewery in 2016. “I can’t believe the hop character Chief was able to achieve with some of these beers, and working with him on the coolship, I’m ready to continue running with the torch here. It’s been a wild ride and my goal is to keep the momentum going,” he says.

Since the expansion, Peekskill has won a pair of silver medals at the Great American Beer Festival (2013 and 2014) and annual production has increased more than sevenfold. This growth has facilitated distribution, and now Eastern Standard, Simple Sour and Hop Common are sent as far as New York City. It’s enticing for a successful brewery to attempt to meet a rising demand, but maintaining a high standard of freshness is more important to Berardi. “We want customers to always have our beer as fresh as possible,” he says. “The customer always deserves that.” 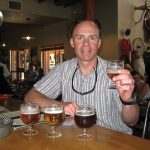 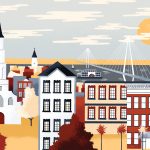