Where to Drink in Charleston, South Carolina 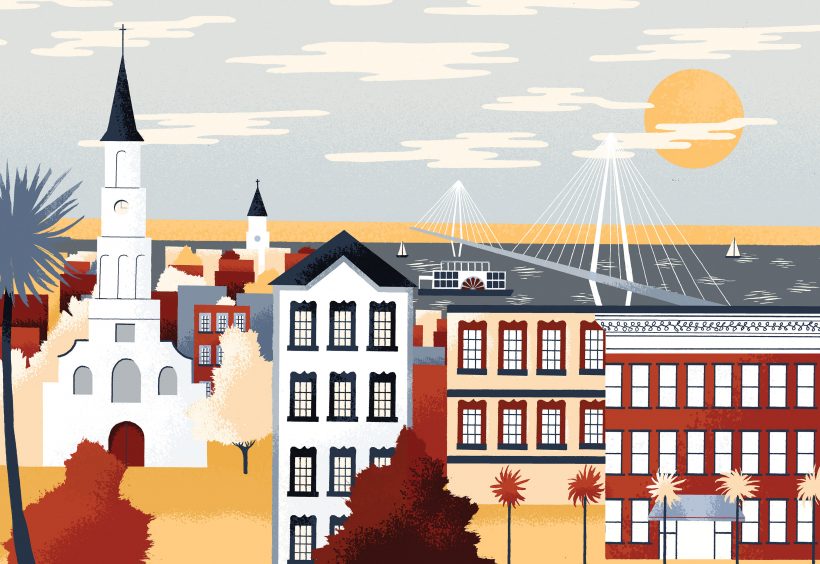 For all of the history and coastal appeal that has long attracted tourists to Charleston, S.C., only a decade ago, beer fans were largely left in the dark. The “Pop the Cap” movement, which in 2007 succeeded in lifting South Carolina’s antiquated limit on beer’s alcohol content, sparked a renewed interest in beer production. Palmetto Brewing, the state’s first modern brewery, had been in business downtown since 1993, but after 2007, seven other production breweries opened, with as many in planning.

The first was Coast Brewing in North Charleston, which opened shortly after Pop the Cap passed. This is no coincidence—one of the organization’s architects, Jaime Tenny, co-owns the operation with her husband, David Merritt. Westbrook Brewing followed in late 2010, Holy City Brewing opened in 2011 and Frothy Beard Brewing in 2012. Freehouse Brewery, Tradesman Brewing and Revelry Brewing all joined the ranks in relatively quick succession starting in 2013, once serving pints became legal in South Carolina breweries.

Today, diners can hardly visit a restaurant without finding something local on tap, or increasingly in a can or bottle. The restaurant industry, a thriving force in a town known as a culinary destination, has proved the perfect complement to the craft beer scene. Savvy diners think of fine, forward-thinking food in the same context as boutique wine, imaginative cocktails, and now, quality beer.

Beyond the breweries, a bevy of retail shops, bars and tour companies have filled most corners of the area with at least one solid craft option. Meanwhile, massive annual events like Brewvival and Charleston Beer Week attract beer travelers to the city.

Closed for Business
Closed for Business changed the beer game on upper King Street in 2009, once folks realized they were, in fact, open. Forty-two taps pour everything from Freehouse Lucky Oyster Stout to Cuvée Des Jacobins Rouge, segregated into flavor categories on the menu. Come for cask ale from the beer engine or the bar’s annual Oktoberfest celebration, and the All South Carolina Tap Takeover. If you’re feeling extra saucy, try the famous Pork Slap sandwich.

Craftsmen Kitchen & Taphouse
Enter Craftsmen and you’re in the “Pale Room,” or “IPA Room,” a 12-tap bar pouring only to style alongside a handful of high-tops. In the larger back room you’ll find more seating and a longer bar with 36 taps. Chef Todd Garrigan complements the large selection with inventive, beer-friendly plates like General Tso’s Chicken Wings, a great match for Holy City’s Yeast Wrangler Double IPA. A small enclosed patio with beer garden-style seating rounds things off.

Edmund’s Oast
Rich Carley and Scott Shor opened this expansive restaurant on the outskirts of downtown proper in February 2014. Forty-eight short-draw taps pour an array of esoteric beer, some brewed in-house by beverage director Cameron Read—try the self-explanatory Peanut Butter & Jelly, or The Gamesman, an English IPA fermented with English Ale yeast and Brett. Pair drinks with creations like the spicy shrimp, pickled vegetables and aioli on rye. The Bower, a 100-top outdoor seating area, was added in January.

Coleman Public House
It’s been nearly five years since Brian Tanner opened Coleman Public House in Mount Pleasant. Expect a thoughtful, rotating selection of 16 craft beers on tap, a robust lineup of Trappist bottles in matching glasses (Orval, anyone?), and a consistent menu of high-quality pub grub seven days a week. The service is great, the lines are clean, the glassware spotless. Look for a second location on James Island this year.

House of Brews
If you’re in Mount Pleasant en route to the beaches of Sullivan’s Island, this is a required stop. Rob Davis’ bottle shop-bar hybrid offers everything you need—a back patio, fire pit, occasional live music, eight taps, two converted bedrooms full of racks of bottles, and a friendly staff of bearded servers. Enjoying a Revelry Funkmaster Brett IPA after, or before, a day at the beach is highly recommended. Watch their social media for impromptu discounts.

Holy City Brewing
North Charleston’s Holy City Brewing is the only brewery in the city open daily. Its lively taproom feels similar to a traditional bar. Early adopters of the recently passed “Stone Bill,” which allows breweries with kitchens to serve beyond the state-imposed three-pint limit, Holy City opened Suelto in February so you can eat beer cheese waffles or brats and grits while enjoying a pint of GABF medalists Pluff Mud Porter and Washout Wheat.

The Brew Cellar
1050 E. Montague Avenue
thebrewcellar.net
Park Circle is booming with fun restaurants, bars and coffee shops, and with the opening of The Brew Cellar in early 2014, a bottle shop and growler station that also serves pints. Just steps off of Montague Avenue, this spot has become a focal point in the district, holding beer events and occasional tap takeovers. Its proximity to both EVO and Coast Brewing makes it a convenient stop for a beer visitor looking to pick up something—like Westbrook Gose cans—to take home.

Craft Conundrum
Craft Conundrum is a hybrid retail shop-beer bar in a West Ashley strip mall. Owners Richard and Karen Easterby opened it after years of managing two Piggly Wiggly grocery stores, converting them into beer geek magnets along the way. Grab a pint of Frothy Beard Photuris Pale Ale from their bank of 20-plus local taps, or step into the cooler and witness their patented draft system, which pulls from over a hundred kegs.

Oak Barrel Tavern
This cozy bar is located in Avondale among a few other bars and restaurants, but its beer program is a notch above the rest. Six taps became 12, and a bar became a brewpub as Oak Barrel started a small on-site brewing program. Now it offers draft selections like Tradesman Bricklayer’s Red Ale alongside house brews. Monday to Friday, pair your beer with a roll from pop-up eatery Sushi Ninja. ■ 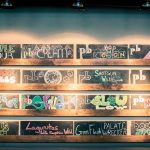 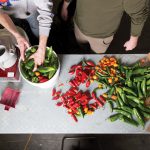