Where to Drink in Boston, Massachusetts 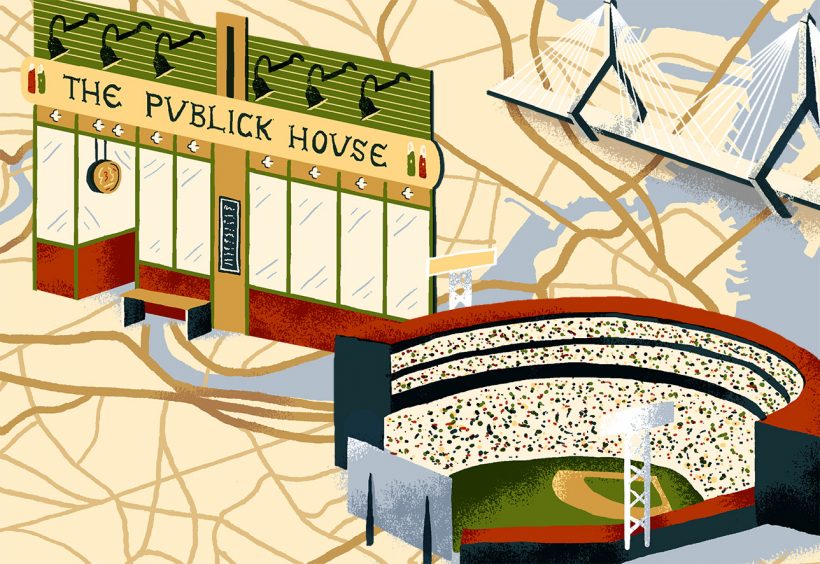 Boston has long been an old city with a newness problem. Like Rome struggling to shoehorn modernity amidst millennia-old ruins, Boston has resisted all kinds of change, from fancy food to fair parking rules. In a city of pubs and chowder joints, old habits die hard.

This adherence to tradition also applies to beer. Samuel Adams is everywhere; bars with Boston Lager tap handles dot the Freedom Trail, a testament to the pervasiveness of the city’s most famous liquid export. But veer off the path—into Somerville, Charlestown or Everett, perhaps—and you’ll find a vibrant subculture of drinkers, brewers and restaurateurs doing their own thing.

Before Prohibition, Boston was home to dozens of breweries that set up camp near the water. Many of them concentrated in the Jamaica Plain neighborhood to take advantage of the crystal springs. Prohibition did in Boston what it did elsewhere, killing off most of the city’s breweries. The Samuel Adams brewery and visitors’ center in Jamaica Plain, built on the site of the old Haffenreffer Brewery, provides one of the only hints at a once vibrant brewing scene.

Boston Beer Co. is one of three breweries currently operating within city limits. Harpoon Brewery has the biggest local footprint. Harpoon concentrates its brewing operations here, and a gleaming new beer hall offers 20 taps and an unobstructed view of the harbor. When the brewery first opened in 1987, Harpoon was an unusual tenant, surrounded by empty warehouses and seafood purveyors. “The area was real industrial,” says Harpoon co-founder Dan Kenary. “The lunch wagon would come by, that was how we got our cup of coffee.”

Boston’s third brewery is a highly touted newcomer. Trillium Brewing Company runs out of a tiny storefront in trendy Fort Point. Customers pack into a narrow space for growlers of aromatic Pale Ales and exceptional barrel-aged offerings. The lines can extend out of the alley and around the block. Founder JC Tetreault would have liked to capitalize on this popularity and expand in Boston, but given the cost, he opted to build a larger production facility in Canton, 20 miles south.

A lack of breweries within city limits doesn’t mean good beer isn’t made nearby. Mystic Brewery, Night Shift Brewing, Idle Hands Craft Ales, Slumbrew and others brew just outside the city, with taprooms that act as destinations. An influx of new breweries statewide has also coincided with a serious increase in attention to food.

Notch Brewing founder Chris Lohring, head brewer at Charlestown’s Tremont Brewery in the 1990s, has seen a seismic shift in Boston’s beer scene, but offers a caveat. “Yes we have improved, no doubt,” he says. “But I’m not sure we have improved at the same rate as the rest of the country. It’s a very expensive area to run a brewery of small scale, so you see a lot of craft beer from other places.”

In other words, it’s a good time to drink beer here, but it’s unlikely the city will reach a pre-Prohibition concentration of breweries anytime soon. 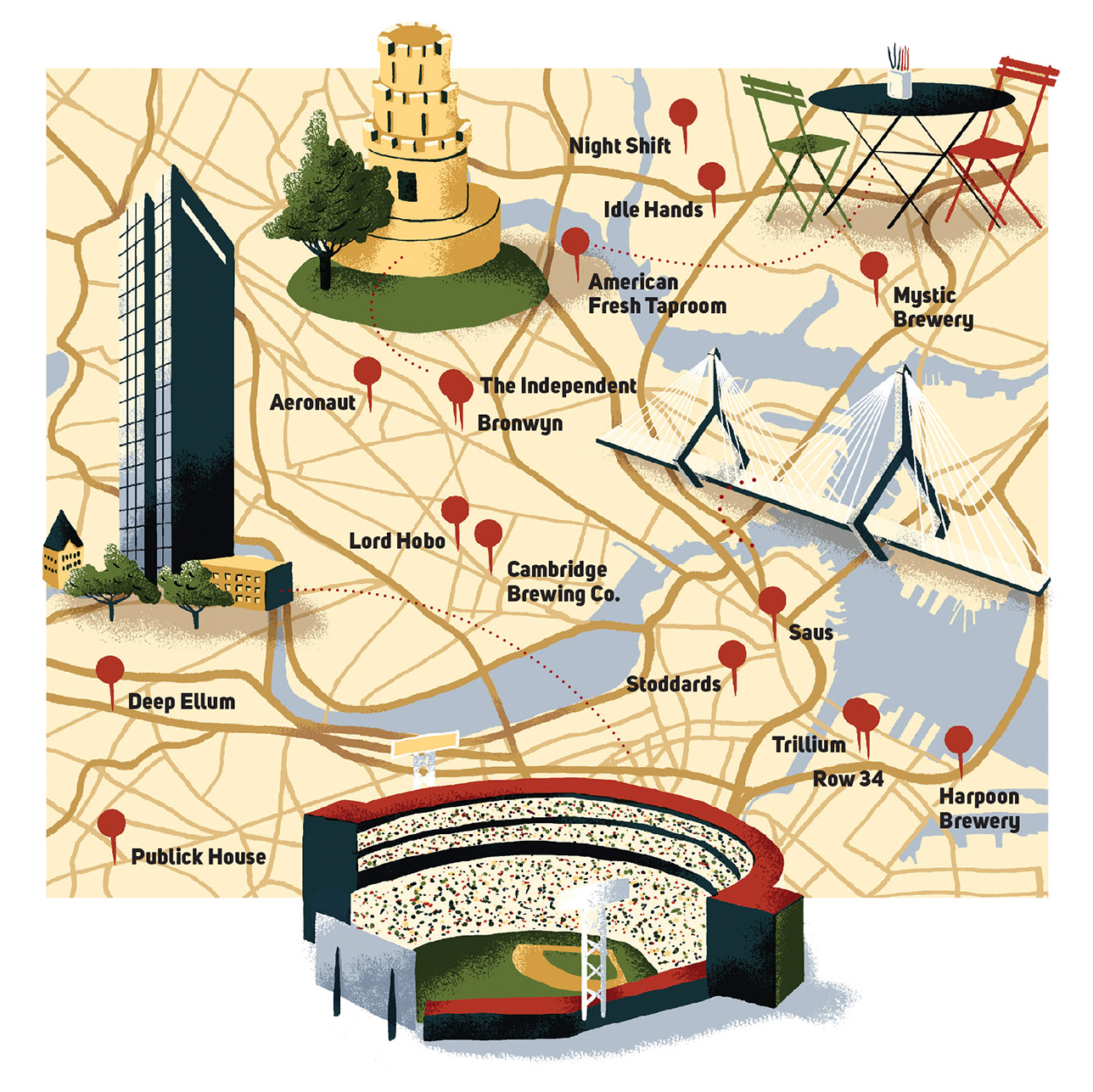 If one restaurant embodies Boston’s new approach to beer and food, it might be Row 34. A curated tap list pops with enigmatic offerings from as far away as Italy and as close as Trillium next door. Billed as a working man’s oyster bar, the sleek, modern space screams SoHo more than seaweed. You can get a lobster roll, but why fill up on bread when you can strip the meat from behind the cheekbones of a snapper, presented with the whole head.

Maybe even stranger is finding that New York City vibe in the Downtown Crossing neighborhood best known for a torn-down Filene’s department store. Stoddards Fine Food and Ale pushes Massachusetts-brewed beer and rotates casks within shouting distance of Boston Common. Saus is a french fry place with local rarities on tap and a couple dozen bottles in the fridge, steps from otherwise touristy Faneuil Hall.

A Boston brewery tour runs around the city more than it does through it. Idle Hands Craft Ales and Night Shift Brewing used to share a dusty space in Everett. Night Shift now occupies a larger building in town, across from the Teddie Peanut Butter plant. A 2,500-square-foot taproom swells on weekends with drinkers seeking esoteric offerings made with cinnamon or habanero peppers, as well as a range of sour beers and rotating IPAs. A barrel society provides memberships for the geekiest regulars.

Over in Chelsea, Mystic Brewery dedicates itself to Saisons. Mystic largely adheres to the seasonal nature of the style, but mainstays like Table Beer and Descendant, a cross between an Irish Stout and a Porter fermented with a Belgian Saison yeast, range from expected to exceptional.

On the MBTA’s red line, Somerville offers two noteworthy brewery experiences. Aeronaut Brewing Co. is a cavernous space with a packed events calendar, featuring trivia and open-mic nights. Those seeking Slumbrew’s Trekker Trippel or Flagraiser IPA can head over to the American Fresh Taproom at Assembly Row. Even if the weather doesn’t cooperate, a heated tent morphs into a family-friendly beer garden.

Union Square, Somerville, is home to two popular beer spots: The Independent a watering hole with more than 30 taps from Jack’s Abby, Pretty Things Beer and Ale Project and other locals, and Bronwyn, which offers a menu of German fare, European lagers and outdoor seating.

For a nightcap, head to Cambridge. Although the Kendall Square neighborhood is best known for MIT, hidden gems await. New England beer pioneer Cambridge Brewing Co. is a reliable spot for a refreshing sour or a barrel-aged Quad. CBC brewmaster Will Meyers has been at it for more than 20 years, collaborating with some of the biggest names in beer along the way.

Down Hampshire Street toward Inman Square, Lord Hobo painstakingly curates more than 40 taps. Pull back the curtain near the door, find a dark corner, and cozy up. That bar, as well as The Publick House in Brookline, are two of the rare places in the city where a case of Cantillon or a 10-year run of kegs from Stone’s Vertical Epic series will suddenly turn up.

Students set all the trends, and the high concentration of Boston University co-ops and grads in the Allston neighborhood rely on a bar that doesn’t skimp on the coolness factor. Deep Ellum offers a draft list heavy on German lagers. There’s a patio out back and a taco bar next door. It’s the kind of place that might be unsettling to old Boston, but one at which new Boston wouldn’t blink an eye. ■ 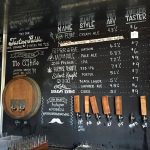 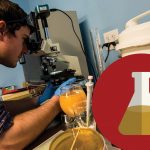