Secrets of the Stomach: New Research Seeks to Understand Precisely How Our Guts Digest Yeast 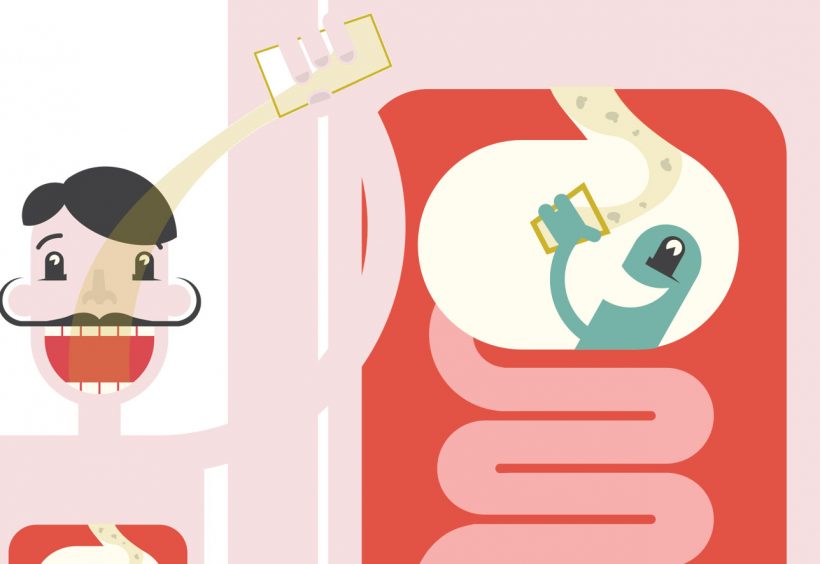 Roughly 3,600 years of alcohol consumption elapsed before Louis Pasteur proved that microscopic fungi were responsible for several millennia of festive revelry, ill-suited romantic couplings, and the occasional bar fight. This was certainly a breakthrough, but it wasn’t the whole story.

Modern scientific studies showed that while fungi create the alcohol and aromas that probably drove us to start consuming beer and other fermented drinks in the first place, the common ale yeast actually possesses resistant cell walls that makes it difficult to digest. New research now suggests that the principal reason our bodies are able to derive nutrients from yeast is with help from friendly bacteria that resides almost exclusively in our gut: “Microorganisms are more evolvable and adaptable than we humans are digestively,” says Eric Martens, a microbiology professor at the University of Michigan and one of three senior authors of a recent study on the ways these bacteria process yeast cells in our guts.

The bacteria are equipped to break down plant matter and other things, but Martens explains that they’re also good at recognizing yeast cells and switching their attack strategy accordingly. And once they’ve digested the yeast, they create vinegar-like acids—a nutritious by-product easily absorbed by our gastrointestinal tract. “Instead of the yeast being a wasted component, this bacterial-metabolic pathway allows us to ultimately get some return from ingesting a Hefeweizen,” Martens says.

But while some of our gut bacteria have developed a sweet tooth for yeast, it may not always have been this way. It remains a mystery whether or not Bacteroides thetaiotomicron first set up camp in our systems because it seemed like a good place to consume the yeast and other material it feeds on, or whether bacteria already hanging around in our stomach developed a taste—and the ability—to consume yeast.

“We tend to think that we’ve been drinking beer for a very long time,” says Kevin Verstrepen, a professor at the Leuven Institute for Beer Research in Belgium. “But on an evolutionary time scale it’s short.” He argues that adapting the ability to consume a new food source may have been a way for the B. thetaiotomicron strain to gain an upper hand in the competitive environment of our stomachs. “It’s like everyone’s fighting for food and you’ve got your own private supply,” Verstrepen continues. “We created a new opportunity for these bacteria by drinking beer.”

Which leads to a thought that’s comforting, in a way: Even when we have a beer alone we’re still sharing it with our symbiotic, microscopic friends.

Verstrepen has also been researching the other side of the equation, namely, what do yeast stand to gain from the whole process? His work on the subject recently led him to the discovery that yeast cells emit fruity and floral aromas to attract fruit flies and then use the insects to hitchhike elsewhere.

Except that in some ways, fruit flies and people aren’t all that different, and in the process of attracting the insects, the yeast also manages to attract human interest. In order to be able to pass unharmed through the digestive systems of the creatures that eat them, the fungi most likely evolved to have fortified cell walls. And this strategy might have been working well, until B. thetaiotomicron arrived on the scene.

Verstrepen believes that Saccharomyces cerevisiae and other yeast cells and especially spores might still occasionally pass through our guts unscathed, though. So remember, the next time you take a sip of beer, you’re continuing to fuel a microscopic battle that’s been going on for millennia inside our collective gastrointestinal tract. ■ 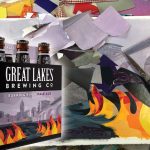 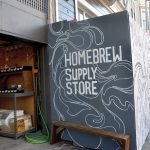