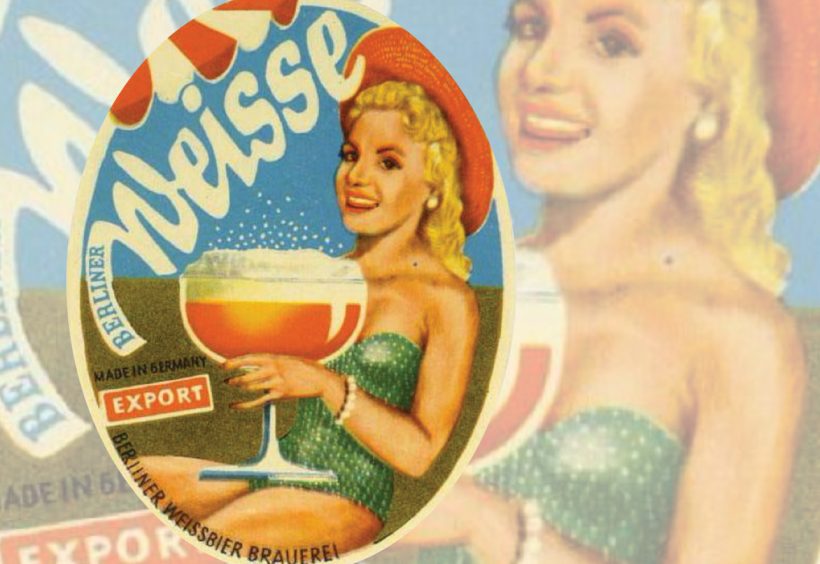 1900
Franz Schönfeld, who worked at the VLB (Berlin’s brewing school), specialized in top-fermenting beers and described the method of brewing Berliner Weisse around 1900 in great detail. He had first-hand experience, having visited many of the Weisse breweries.

The proportion of wheat had risen. The grist now consisted of three or four parts wheat malt to one part barley malt. In some breweries an infusion mash was employed, in others a decoction. Only a small quantity of hops were used: 375 to 500 grams of hops per 100 kilograms of malt. And they weren’t boiled in the copper in the usual way. They were boiled in the water used for mashing and were present through the whole mashing process. The hops helped filter the mash, important with a grist containing so much wheat.

There were two reasons for not boiling. The first was to preserve the Lactobacillus on the malt, though Schönfeld’s own investigation found none in the spent grains. He concluded that the mash temperature was enough to kill it and the souring organism must come from another source. The second was flavor. A wort boiled for a long time tasted differently from an unboiled one and Berliners were used to the latter.

The cooled wort was pitched with a symbiotic yeast and Lactobacillus mixed culture. The ratio of yeast to Lactobacillus was 4-to-1, 5-to-1 or 6-to-1. Acidity developed during primary fermentation through the action of the Lactobacillus. A high degree of attenuation for the time (66–75 percent) was achieved during primary fermentation. Attenuation was helped by diastase remaining in the wort, which, in conjunction with CO2 and lactic acid, broke down the maltodextrins into more easily fermentable sugars.

When primary fermentation was complete, the beer was kräusened with young beer in a proportion 2-to-1, 3-to-1 or 4-to-1. It was then bottled at the brewery or delivered to pubs in barrels for bottling by the publican. The gravity was higher than today, 9–12º Plato, but 10–35 percent water was often added at bottling time.

And adding a Schuss—a flavored syrup—to Berliner Weisse was already an established practice:

“A great favourite with the ladies is the frothy Berlin white beer, drunk out of a large bowl-shaped glass, and with a liqueur-glass of raspberry syrup added to it.” —Dundee Evening Telegraph Wednesday, November 1, 1905, page 6.

1930s
Berliner Weisse is one of the best-documented German styles. A wonderful source for the interwar years is Die Herstellung Obergärige Biere by A. Dörfel, a brewer at Groterjan, which specialized in top-fermenting Berlin styles. The book was published in 1947, but describes pre-war brewing techniques.

He cites a grist of one third barley malt and two thirds wheat malt. A single decoction mash was performed, with a third of the mash boiled for 30 minutes. There was no boil of the whole wort, which beggars the question: how were the hops added? Perhaps during the decoction, though the text is unclear on this point.

The fermentation was very similar to that described by Schönfeld, pitching a mixed culture of top-fermenting yeast and Lactobacillus. Souring took place during primary fermentation, after which the beer was bottled, sometimes with the addition of kräusen or sugar if there wasn’t enough fermentable material left for bottle conditioning.

After bottling, the beer was left to mature for weeks or months. The colder the beer, the more slowly it soured. Accordingly, beer meant to be drunk quickly was stored at 12–15º C for eight to 10 days, while beer meant to be drunk later was stored at 5–6º C. A stronger version of Berliner Weisse was sometimes brewed. About the strength of a Bock (16–18º Plato), it matured for more than a year.

“Some consumers of the beer, which is drunk from great, shell-like glasses, love to add a slice of lemon, or even some raspberry juice, so-called ‘White     with shot’ something, which from the standpoint of a beer connoisseur is to be rejected.” —Die Herstellung Obergärige Biere by A. Dörfel, page 17. (My translation.)

1970s
In 1978–1979 a brewing scientist named Dietz investigated the production methods of the three remaining Weissbier breweries in West Berlin. He discovered that each had its own particular method.

The biggest shock is that only one of the three included wheat malt in the grist. The other two were 100 percent barley malt. Two breweries performed an infusion mash, the other a single decoction. One added the hops to the mash, another to the lauter wort. The third—identifiable as Kindl even though none are named—split the wort into two. The first half was boiled with the hops and then fermented with yeast. The other half wasn’t boiled and was fermented with a pure strain of Lactobacillus at a high temperature.

Two breweries stuck with the classic method of a symbiotic yeast and Lactobacillus fermentation. They also used open fermentors and lagered the beer in tanks before bottling. Kräusen was added at bottling time and the bottles warm conditioned for six to eight weeks.

Kindl conducted separate fermentations in conical tanks before blending the yeast and Lactobacillus ferments to reach the desired level of acidity. This mix was lagered in a tank for a week then bottled with force carbonation. Sadly, non-traditional Kindl is currently the only German Berliner Weisse produced in any quantity.

I’ll leave you with one last surprise: In the 1980s another brewing scientist, Frank-Jürgen Methner, looked closely at the microbiology of Berliner Weisse. He discovered that Brettanomyces played a vital role in flavor development during bottle conditioning. Who would have expected Brettanomyces in a German beer? ■ 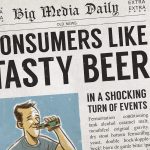 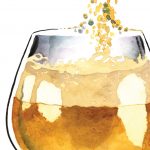