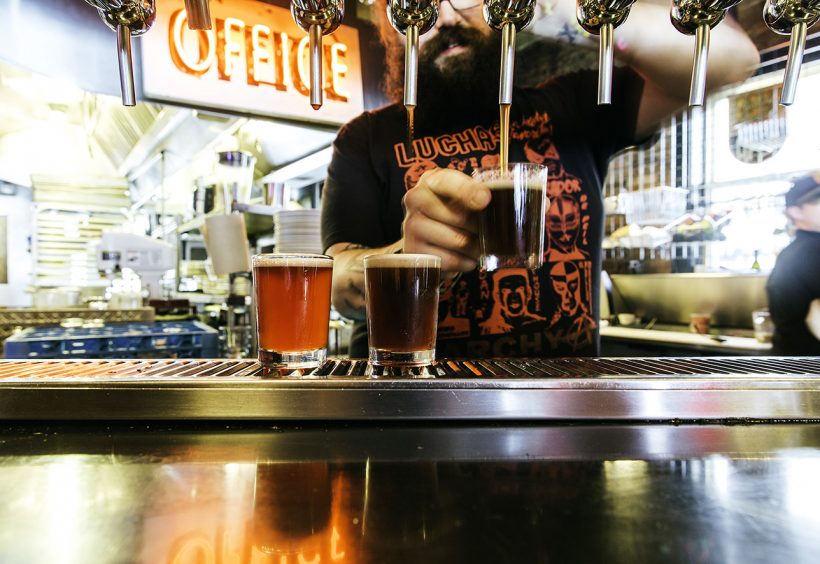 A Providence, R.I., native, Julian Forgue started down a new career path when his father was diagnosed with cancer so he could stay close to home during his treatment. It was around this time that he opened Julian’s, a humble 20-tap eatery tucked away in the city’s Federal Hill neighborhood.

“I started it thinking that the restaurant industry would be easy to work in,” Forgue admits, laughing. “I thought it would be a great plan for retirement!”

While more work than he realized, it turned out to be worth it. Known for its brunch service and black bean burger, Julian’s lively, cozy bar has taken on a life of its own. Although Forgue knew little about beer when Julian’s opened in 1994, he soon realized its value and hired an expert to expand the beer program.

Brian Oakley moved to the area in 1997 and fondly remembers riding his bike past a “hole-in-the-wall place that was packed every night.” He became a regular in 2000, when he would often “stop in for a couscous bowl and a coffee, listen to Bowie, and make small talk with the server.” Eventually, he met Forgue, bugged him for a job, and was hired. He built up the bar team, and in 2008, was granted a partnership. He also took their beer program from a handful of safe, standard bottles like Bass, Amstel and Guinness to one of the best in Rhode Island—a typical draft list today might include Allagash Four, Jack’s Abby Hoponius Union and Gasthaus & Gosebrauerei Bayerischer Bahnhof Berliner Weisse.

“I remember thinking our food program was so worldly,” Oakley says. “We had chefs that were inspired by or were from France, Israel and Italy, but our beer selection was kind of generic. I thought it could complement the food, which led us to having Chimay, Allagash, Affligem and another 15 or so beers.”

Regular Jason Lange, a 40-year-old senior staffing manager who lives about a mile from Julian’s, was first drawn to the restaurant by its brunch. He counts Julian’s music (a “killer selection ranging from punk to metal to shoegaze”) and its Star Wars figurine display among a few of the many non-beer things he also loves about the place. And he especially appreciates the unpretentious vibe.

“Brian encompasses what it means to run an establishment for the everyday beer enthusiast without the arrogance and snobbiness that can sometimes be found in craft beer bars,” Lange explains. “He strives to educate, and always ensures that both novices and beer geeks alike can find something on tap.”

That appreciation goes two ways: the customers loving the beer and attitude, and Julian’s taking care to please those customers. No wonder the place has developed such a welcoming and approving reputation after all these years. “I’ve always maintained that a well-curated selection is better than having a million options,” Oakley says. “It keeps product fresher and usually provides more exciting options and more rotation, which I think best serves the customer.” ■ 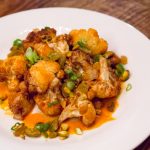 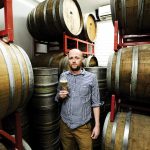