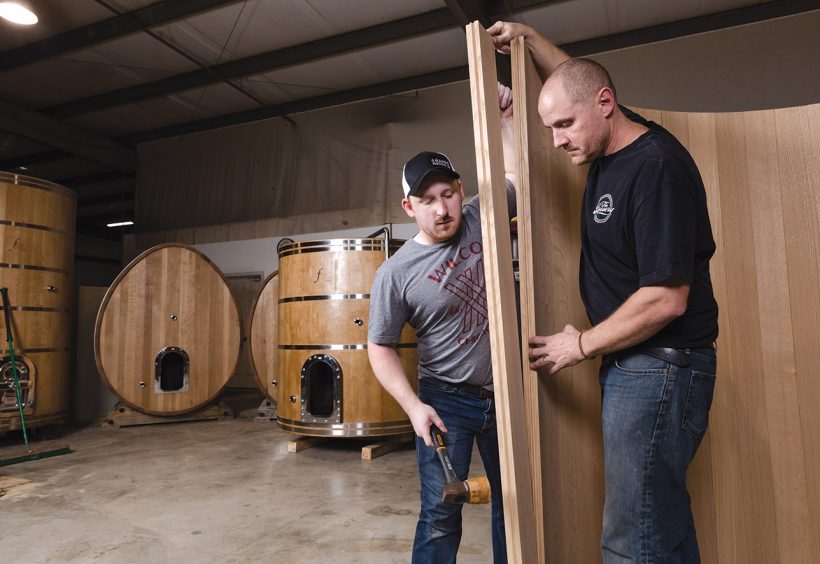 When Justin Saffell and Matt Walters built a 30-barrel foeder for Side Project Brewing in St. Louis, they accepted a small portion of owner-brewer Cory King’s payment in credit at the Side Project pub. They later struck a similar deal with a brewery in California.

Saffell and Walters are serious when they say they will work for beer.

“We love interacting with our customers,” says Saffell. “We’re excited to drink their beer.”

Walters puts it another way. “We are sour beer freaks,” he says. He and Saffell met each other when Saffell and his brother started a brewpub in St. Louis and Walters was an investor. Saffell introduced Walters to sour beers, and Walters introduced Saffell to building items out of American oak. One day while shooting pool in the home of former St. Louis Cardinals pitcher Chris Carpenter—Walters did the woodworking for Carpenter’s entire house, they became friends, and they’ve since homebrewed together—Saffell wondered aloud if they could make a foeder out of American oak.

They didn’t really know much about foeders (foudres for those who prefer the French spelling to the Dutch), large oak tanks built for wineries but coveted by breweries such as Rodenbach in Belgium, New Belgium in Colorado, and now a growing number of smaller American breweries intent on making sour beers. “It took Justin six weeks to convince me this was a viable business,” Walters says. He decided Foeder Crafters of America might make sense after searching online at eBay.com and finding nothing of use to a brewer. “Everything’s on eBay.”

Walters previously specialized in high-end residential woodworking, but also made smaller items like violins. “But I never made a violin that had to hold liquid,” he says, before going into detail about what happens when a brewer fills an oak tank with 900 gallons of beer. “The physics are crazy. When I’ve built things with 1-3/4-inch white oak before they didn’t move. This is built to move,” he says, tapping the side of a 30-barrel foeder under construction. It may expand three-eighths of an inch in diameter, nearly an inch in circumference.

The pair has Americanized their foeders in several ways—most notably by using finger joints rather than butt-jointing the staves, and by making them with Missouri-grown white oak that has been air dried for two years. Foeders acquired from winemakers are made with French oak, although several well known, bold, expensive wines mature in American oak barrels. White oak, mandatory in bourbon barrels, is richer in tannins and lactones, which add coconut and vanilla flavors.

“Some beer guys don’t want those tannins,” Walters admits, so after toasting the inside of a foeder to the level a brewer wants they custom steam it. The steaming process may last two days or two weeks. King had his foeder steamed for two weeks. “Some of my beers work better in American oak, some in French,” King says. He found his first foeder at a winery, with a yearlong wait to get another, and then would spend weeks “swelling” it to hold beer, since the vessels often arrive dry and require a lot of energy getting them ready for beer. “[Brewers] may not know what they are getting into,” he says. “You don’t just fill it with beer and call it a day.”

Walters and Saffell lean on modern technology to mold the staves, but otherwise make the foeders by hand. They’re a two-man factory. “I love it,” Saffell says. “I’ll be sitting on my couch on the weekend bored to death, waiting for Monday. I’m in here at 5:30 in the morning.” ■ 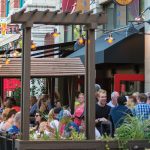 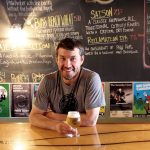