Pint by Pint: Building a Beer Scene in Southeast Asia 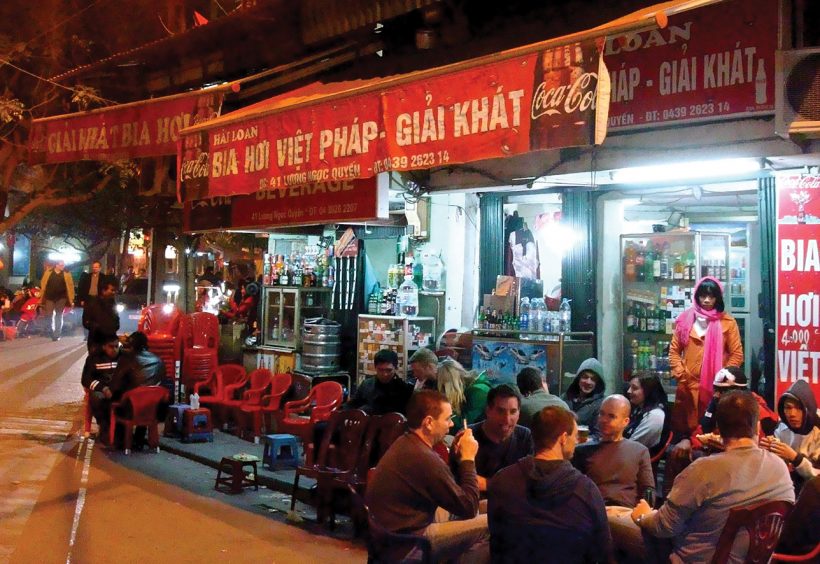 Opening a brewery anywhere requires creative problem-solving skills, but as John Reid and Alex Violette, the partners behind Pasteur Street Brewing Company in Ho Chi Minh City discovered, opening a brewery in Vietnam can require a next-level degree of ingenuity.

When they found that it wasn’t possible to import used wine and whiskey barrels for their tropical-fruited, sour beer program, for instance, they turned to local craftsmen, who make barrels for aging traditional fish sauce, to build foeders from jackfruit trees, a local hardwood.

“It was frustration after frustration, but I think that frustration breeds creativity,” says Violette. “We found another option and I think it’s something that’s really unique and gives it even more of a sense of place.”

A similar degree of DIY resourcefulness can be seen across Southeast Asia, as expats and locals open small breweries and try to create a new beer culture that runs deeper than light lager over ice. They face logistical roadblocks ranging from the cost of importing ingredients to a lack of infrastructure and even troubles with the law, but the work comes with an enviable reward: brewing on the front lines of an entirely new and still emerging beer scene.

It was that opportunity that drew Violette from his head brewer position at Upslope Brewing Company in Boulder, Colo., to join Pasteur Street as brewmaster and partner. In August 2014 Violette and his girlfriend Bethany Lovato moved to Ho Chi Minh City, also informally known as Saigon, after a chance meeting with Reid at the Upslope taproom. An American expat with a background in hospitality management who had been living in Saigon since 2008, Reid had a hunch that the city, and the country, would be interested in American-style craft beer.

“I remember looking into it and seeing all these articles from China, India and Singapore and the craft beer movement happening in all these countries and thinking it’s not just an American culture, an American thing. It’s people wanting better beer no matter what culture, what background, you’re from,” says Reid.

His vision came to fruition last winter when he and Violette opened a 3.5-barrel brewery an hour outside of the city and a tasting room tucked in an alley in downtown Saigon on lively Pasteur Street, where tourists, locals and expats can pair a plate of Nashville hot chicken with a Saison while watching thousands of motorbikes stream past at rush hour.

There have been challenges, including acquiring a brewery license from a governing authority that had no concept of microbrewing and trying to find suppliers that could ship them American hop varieties and high-quality malt, but to hear Violette talk about it, brewing in Saigon can also be more of an adventure than a headache. Instead of endless trips to Home Depot, buying plumbing parts or brewhouse fittings requires hopping on a motorbike and driving a couple of miles through town to haggle over prices at a market packed with small shops. And while imported malt and hops are more expensive than they would be in the States, the abundance of other fresh, local ingredients is like a candy shop for creative brewers.

“You don’t find many breweries located in tropical environments, but you do get a lot of breweries that like to use tropical ingredients in their beers,” says Violette, who makes Saigon Saison with fresh lemongrass and black pepper picked off the vine, dried in the sun for three days and shipped overnight to the brewery. And his 10 percent ABV Chocolate Imperial Stout features cacao nibs that Violette selects directly from the farm, as well as cinnamon and vanilla sourced in Vietnam.

Pasteur Street’s beer is radically different in taste, and in price, from the local bia hoi, or fresh beer, typically a light or pale lager served over a large hunk of ice. A pint of Pasteur Street costs about $5 USD at their tasting room, while a glass of local bia hoi runs closer to 50 cents. Reid says the price hasn’t been a deterrent to all Ho Chi Minh residents though, noting that they often see young Vietnamese men and women come into the tasting room who are curious about beers like Jackfruit Wheat Ale. Less than a year in, Pasteur Street is already sizing up—adding a second tasting room in Hanoi and a 20-barrel brewhouse and packaging line for regional and national distribution throughout Vietnam in bottles.

Meanwhile, in Phnom Penh, Cambodia, Erich Phillips and Chad Richman, co-owners of Cerevisia Craft Brewhouse, share a similar mission: to introduce a wider range of beers to Cambodians and to create a craft brewing community and supply chain for homebrewers.

They’d like to achieve the latter because, for the most part, they’ve had to figure it all out on their own. Richman brought 15-gallon pots with him when he moved to Cambodia and used to ask visiting friends to pack specialty grains and hops in their suitcases on international flights. Now they order hops from an American supplier using FedEx International Economy service to get the lowest rate and have developed a relationship with a brewer from a large, local brewery that allows them to directly order wholesale base malt. Using their connections, and in collaboration with Hobby Brewer Vietnam, a club based in Saigon, they started selling ingredients directly to area homebrewers.

“We’re really interested in trying to foster that independent spirit and the community that comes with homebrewing and there’s no better way to do that than helping them find what they need in order to make their own beer,” says Richman, a dedicated homebrewer himself.

To build their 200-liter (or roughly 1.5-barrel) brewhouse, they independently imported Chinese steel for the mash tun and Austrian steel through Vietnam for fermentation tanks. Then they worked with a local fabricator to design and build the equipment. Next, in order to pour their beer on draft at local restaurants, they had to learn how to build kegerators since draft beer at bars and restaurants is served directly from jockey boxes, portable insulated containers, that can sit at bars outside in 95-degree-plus heat. These projects can be an ordeal, says Phillips, but they fall in line with the DIY mentality shared by many of the region’s young beer entrepreneurs.

“I think that’s the beauty of Southeast Asia,” he says. “We’ve got such an opportunity to do anything, in terms of business, in terms of fabricating fridges, you can just jump on it, you can find someone to do it for you.”

The enthusiastic homebrewers behind Sandport Beer.

In Thailand, brewers are uniting under an added complication: making any kind of alcohol at home is illegal. If caught, offenders could pay 200 baht (about $6 USD) for brewing beer, and 5,000 baht ($150) or six months in jail for selling it. Still, in a market dominated by two major breweries (Thai Beverage, producers of Chang and Boon Rawd Brewery, maker of Singha and Leo), craft brands from Rogue to Nøgne Ø are gaining popularity as specialty importers like Beervana ship in new beers from America and Europe. The homebrew community is growing in spite of the legal risk.

“We’re very nervous, but we don’t have another choice. If we loved to make some orange juice, we could make a legal business, but we want to make beer, so we have to try anyway,” says Supapong Pruenglampoo, who created an informal brewing club called Sandport Beer with a group of friends.

The Nonthaburi-based group orders supplies via a local homebrew connection or through Thai websites like thaibrewer.com, craftbeerthailand.com and brew-by-me.com and brew and bottle a Coffee Porter, a Red Ale, an IPA and a wheat ale with coriander and kaffir lime. They publicize new beers via their Facebook page and sell bottles through their network of friends and acquaintances for a small price, to help buy ingredients and new equipment. So far, Sandport has avoided any financial penalties.

Just north of Bangkok, on the island of Koh Kret in the province of Nonthaburi, Wichit Saiklao has created a beer destination with a tasting room and brewing education center. Called Chitbeer, Saiklao brews 10-gallon batches of styles ranging from oatmeal and pumpkin Stouts to a Kölsch made with chrysanthemum flowers called Tea Flower Ale. He serves his beer on draft and in bottles.

But Chitbeer’s riverfront spot has become a popular destination on the tourist-friendly island and that attention may have caused the authorities to take notice. Saiklao has already had one run-in with the law and was forced to pay a fine.

“They just come to see me, and say, ‘You do illegal things, you break the laws.’ And I say yes,” he explains. “But what can I do? Because when you want some change, nothing can come easy. You have to fight. That’s what drives me to keep brewing, because we want some change.”

For Saiklao, an army colonel who discovered craft brewing in 1996 while studying electrical engineering at Georgia Tech in Atlanta, the way to create change is by encouraging homebrewing, which he plans to do through classes, competitions and tastings. His goal is to see homebrewing legalized by 2020, he says. In the meantime he’ll continue brewing, improving his recipes and spreading the word. 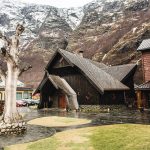 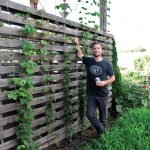