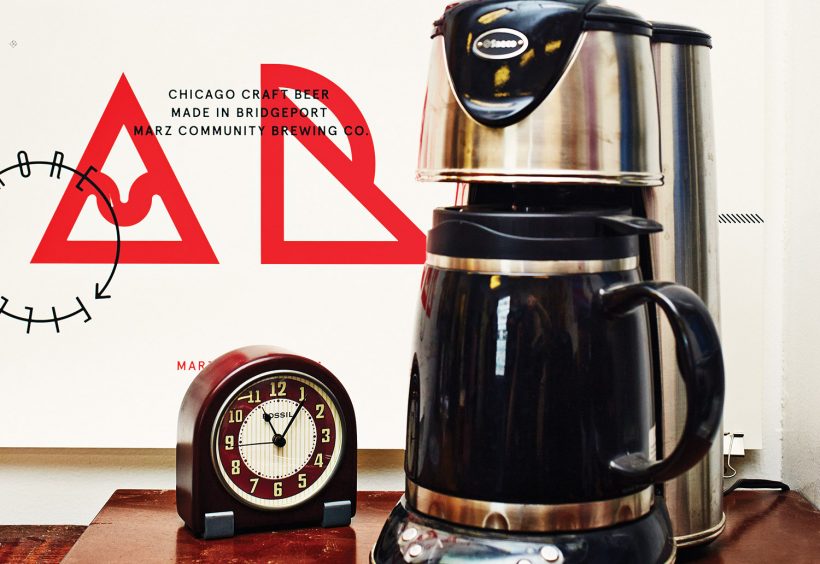 Brothers Mike and Ed Marszewski founded Marz Community Brewing, a six-barrel brewery in Chicago’s Bridgeport neighborhood, with Ed’s brother-in-law Eric Olson in 2013. An intricate web of local friends, designers, and professional and hobby brewers connects the rest of the Marz collective, which totals more than a dozen people. “Our focus as a brewery is to bring together a diverse group of weirdos to make beers that we can share with our families, pals and friends we’ve yet to meet,” says Marz’s “sales cholo” Tom Piekarz. “Breweries not only provide jobs to local residents, but also become ‘third places’ in which people can gather, shoot the shit, hatch plans and make shit happen. We are determined to make our brewery one of them.”

1. Beauty Sleep
At Marz, nothing good happens before 11 a.m. “That’s the motto we live by and that’s a non-negotiable,” says Piekarz. A brewhouse coffee pot keeps the late-rising team running. “Our crack team of lumpens, misfits and bad apples all come together as a community to make this ship float, just don’t expect the ship to start running at first sun.” 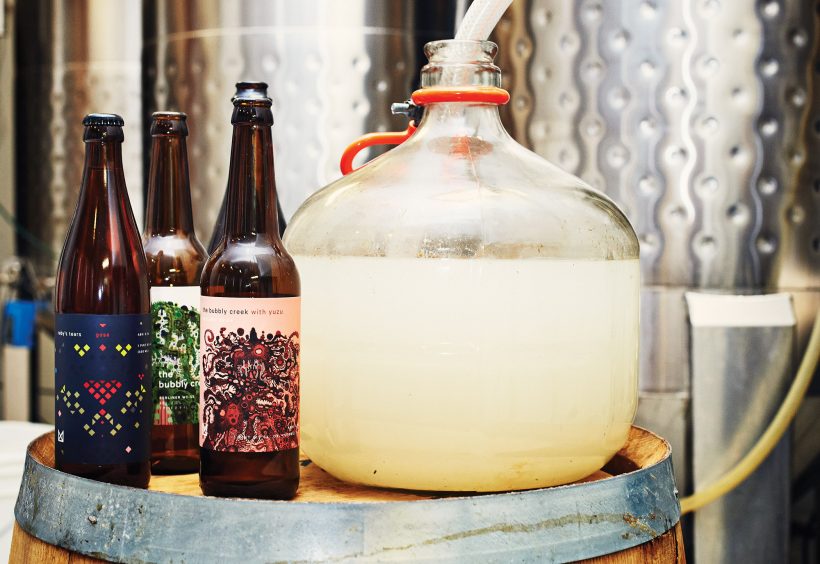 2. Lactobacillus Plantarum
The South Side Sours series, named so because Bridgeport is in Chicago’s South Side, is fermented with Marz’s proprietary yeast strain. “We had to develop a Lacto culture that would sour our beer at room temperature because we didn’t want to worry about monitoring a heating element for our kettles,” Piekarz explains. “It adds a unique character to our beer that we prefer more than the commercial Lacto cultures.” 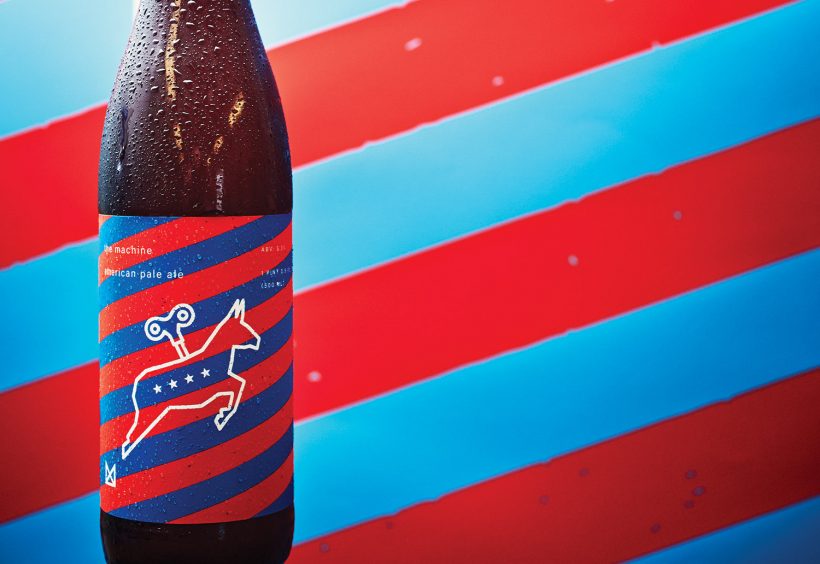 3. Design
When placed alongside their peers, Marz bottles stand out. The brewery’s founders have a strong design background from working in the art, media, and hospitality industries. “Great aesthetics are second nature to us,” says Piekarz. Marz’s unique branding and label designs are the work of Michael Freimuth, founder of Franklyn Design and a partner at Marz. “We take great pride in everything that we do, and that includes our casing,” says Piekarz. “Our artwork tells the Marz narrative and [Freimuth and his team] make our beers look as sexy as they taste.” 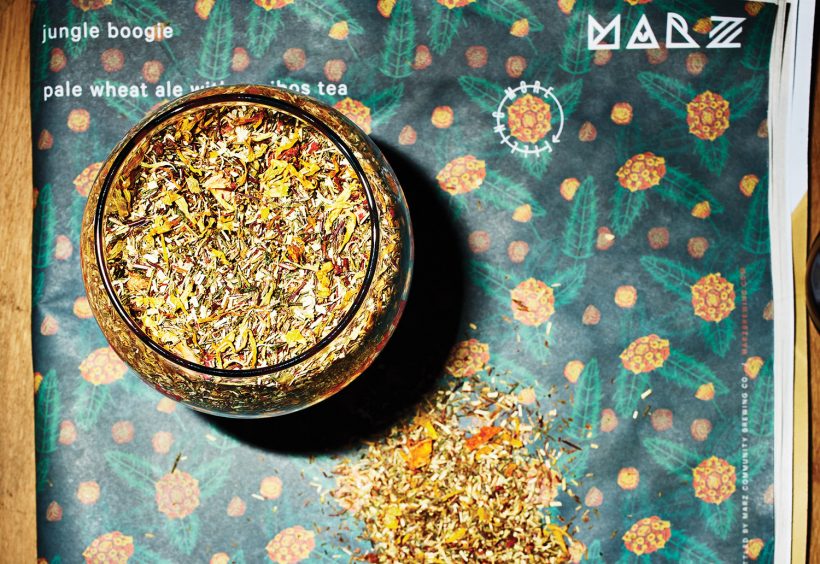 4. Tea Leaves
Tasseography is the art of reading fortunes in tea leaves. “When we looked into our own, we saw a beer,” says Piekarz. The result was Jungle Boogie, a Pale Wheat Ale brewed with rooibos tea leaves. The balance of Mosaic hops with the fruity character imparted by the rooibos tea makes it one of Marz’s most popular offerings. And tea is just one of the brewery’s unconventional ingredients: What the Pho, a seasonal Porter, is infused with a Pho soup base, while a collaboration with Kentucky’s Against the Grain yielded Umami Stout, a mushroom Stout aged in brandy and soy sauce barrels. 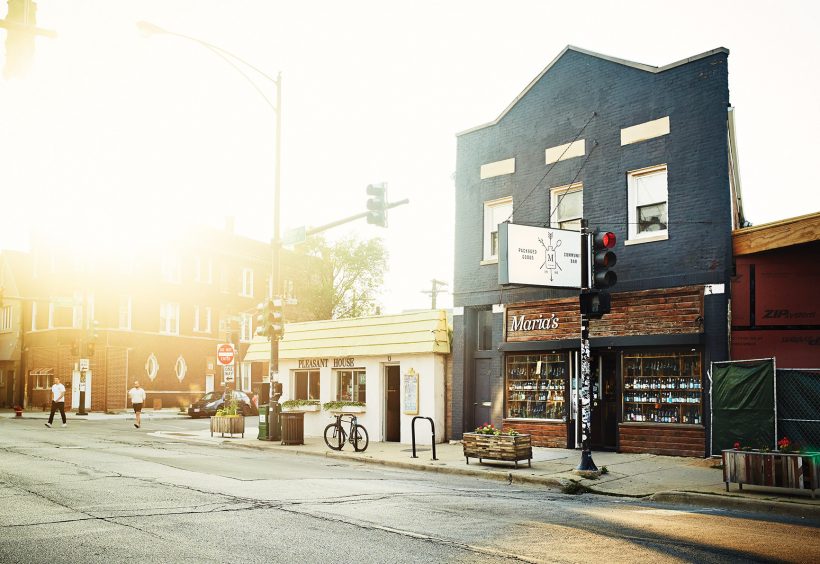 5. Maria’s Packaged Goods
Marz was born out of a group that hung around Maria’s Packaged Goods and Community Bar, a taproom and bottle shop blocks away from the brewery’s current location. Maria’s, founded by Mike and Ed’s mother, shares Marz’s goal of simultaneously lifting up and honoring the working-class neighborhood that often acts as a muse. “We have received countless recipes, names and ideas that keep us moving in the right direction to best honor the place that we call home,” says Piekarz. For example, Marz’s Porter is dubbed the Bridgeporter, while the Duchess de Bridgeport, part of the South Side Sours series and the brewery’s take on a Flanders Red, is named for Maria herself. ■ 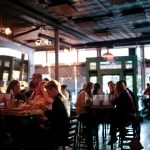 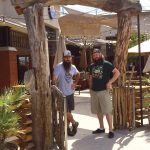