There and Back Again: Ryan Witter-Merithew’s Journey to the Frontiers of Brewing 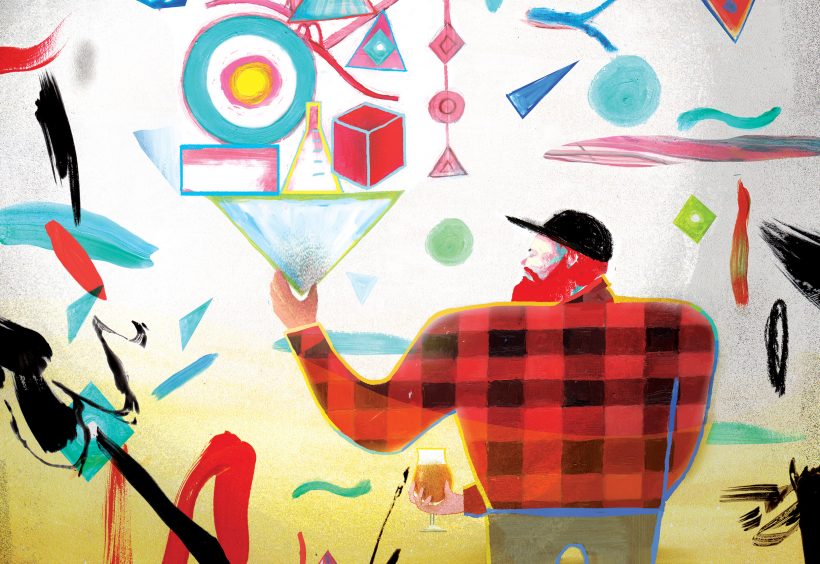 Ryan Witter-Merithew is a man of many faces. There’s the inventive, open-minded brewer whose talent recently earned him a job at Vermont’s Hill Farmstead Brewery; the loyal friend for whom others come first; and then there’s the eternally mischievous malcontent who likes nothing better than to wind people up on Twitter.

“I like calling people out,” he says. “It usually stems from boredom or an inability to filter my thoughts properly, so I tend to say things without thinking them through. It gives me something to do when I’m not brewing, I guess.”

And he’s happy to take anyone on. Recently he tackled BrewDog founder James Watt over a beer called Whiskey Sour. Witter-Merithew was upset that BrewDog made a beer with that name almost two years after Siren’s own version. (Watt eventually agreed to change the name, tweeting that he was “completely unaware” of Siren’s beer).

The bearded, heavily-tattooed, North Carolina-raised mountain of a man who made waves among the Danish and British brewing communities is also a family guy. Last year he shaved off his unkempt red-brown hair to raise money for cancer research while his wife Mahalia was fighting a successful battle against breast cancer. In fact, one of the reasons—perhaps the main reason—he’s come back to the US is to be closer to family. “There’s two sides to Ryan,” says Darron Anley, owner of the UK’s Siren Craft Brew, where Witter-Merithew worked until June. “The guy on Twitter and the person you actually meet.”

That person is a formidable brewer. At Siren, the 34-year-old built a huge reputation on his ability to coax remarkable flavors out of disparate ingredients and processes, and his bold use of hops. There’s an IPA that, courtesy of lemon peel and a slightly sour mash, tastes like, and is named after, the Italian spirit Limoncello; a series of single hop Imperial IPAs brewed with Denmark’s To Øl that were aged on cedar; and Half Mast, a 2.8 percent “Quarter IPA” with a bright, fruity hop character.

“He brought a really positive outlook to experimentation,” says Rich Burhouse, founder and managing director of Magic Rock Brewing Company, one of the UK’s highly regarded new-wave breweries. “There is no one else I’ve met in brewing who has so many ideas or so much enthusiasm for putting weird shit in beer.”

Witter-Merithew started work at Hill Farmstead in July. According to founder Shaun Hill, the two have known each other since meeting at Brewery Ommegang’s annual Belgium Comes to Cooperstown festival in 2007. Hill’s long-standing respect for his approach makes him happy to have Witter-Merithew on board. “When I was planning Hill Farmstead, back in the spring of 2010, I wanted to make sure I had a back-up plan in case anything happened to me,” Hill says. “I told my brother Darren that if I died or something he should reach out to Ryan and have Ryan take over the brewery.”

This is not the first time Hill has hired Witter-Merithew. In 2010, one of the final acts of Hill’s own Danish adventure was to bring Witter-Merithew to Europe. Then working as assistant brewer at Duck Rabbit in Farmville, N.C., Witter-Merithew (one of a handful of brewers Hill contacted) applied for the job because he was interested in working someplace where craft brewing was just catching on and he and his wife were keen to travel.

In Denmark, he worked with Hill on the collaborative Grassroots project before the latter returned to the US. Then Witter-Merithew quietly began building esteem at Fanø Bryghus, a small brewery in a sleepy corner of Denmark where he had plenty of time to experiment, creating beers like Gorm, a 10 percent Imperial Milk Stout made with cacao nibs, cocoa powder and dark chocolate chunks. Word spread, and in 2012 one of London’s most respected beer-focused pubs, The King William IV, put on Witterfest, a celebration of his beers. With Britain’s previously conservative beer scene picking up speed, the next step was obvious.

Many would argue that he has been a catalyst for Britain’s evolution from one of Europe’s most tradition-bound brewing nations to one of its most diverse and creative. “The impact that Ryan has had on the UK craft beer scene can’t be underestimated,” says Burhouse. “He has initiated countless collaborations and ideas like the Rainbow Project, which has brought some of the best brewers in the world to the UK to brew here. He showed us all what was possible if you were willing to pester people enough. He’s a force of nature. We’ll miss him.”

Siren’s annual Rainbow Project—which this year paired seven British breweries with seven American breweries to make IPAs “inspired by” colors from the rainbow—is a classic example of Witter-Merithew’s ability to see beyond the obvious and change the way things work. The results have been impressively out there; 2014’s event produced beers such as Pognophobia, a 7 percent dry-hopped Flanders Red made by Magic Rock and Evil Twin, and Yellow Belly, an 11 percent peanut butter and biscuit-infused Imperial Stout from Buxton and the Swedish brewery Omnipollo. He’s hopeful it will continue after his departure, and London’s Beavertown Brewery along with Magic Rock in the Midlands seem likely to pick up the slack next year.

Now that he’s headed home, what will he bring back with him? “We weren’t looking to move this year but I got contacted by the Boston Beer Company,” Witter-Merithew says. “Knowing I had that interview seemed to have been enough to convince Shaun to give me an offer. I couldn’t turn it down. I feel like we’ve scratched that travel itch.”

Hill is looking forward to working with Witter-Merithew again. They’re complementary personalities, he says. “With Ryan, it’s about teamwork and collaboration. We’re incredibly different people but we get along well. When you’re putting in 80-hour weeks, having people who really bring a good energy to a space is really essential.” Hill also feels that Witter-Merithew brings the best out of him in terms of creativity: “He and I think outside the box well together, we develop flavors well together.”

Witter-Merithew will leave a conspicuous gap in Britain’s brewing scene and an actual vacancy at Siren, where he won’t be replaced immediately, says Anley. But he will still be part of the team in a remote consultancy role. “He’ll help with recipe formulation and general brewery help,” adds Anley. “He’s a well-connected guy who can help us with collaborations, too. Because of Ryan, that’s become a big part of what we do.”

For his part, the North Carolinian is hoping to take a bit of England back with him in the form of cask ale. “I think it would fit with Hill Farmstead,” he says. “Shaun has done cask in the past, it would be easy to install a beer pump at some local bars. The water Shaun uses is well water on his land. The beers have this really great soft palate. In cask that would be even better.” Hill Farmstead’s new pilot system should also give Witter-Merithew room to continue experimenting.

Whichever side of the Atlantic Witter-Merithew is on, he’ll still probably be provoking someone online. “Lets play a game where you troll people and I just be boring on Twitter to confuse people,” he tweeted to several industry colleagues in early June. Hill says he welcomes his new colleague’s blunt approach to social media. “Once in a while, I engage and challenge people,” says Hill. “Maybe I can encourage Ryan to do that instead, as brewery representative. That would be great! It should make for some good laughs.” ■ 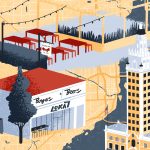 Previous: Where to Drink in Miami, Florida 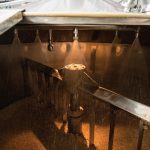