Raising a glass to human ingenuity 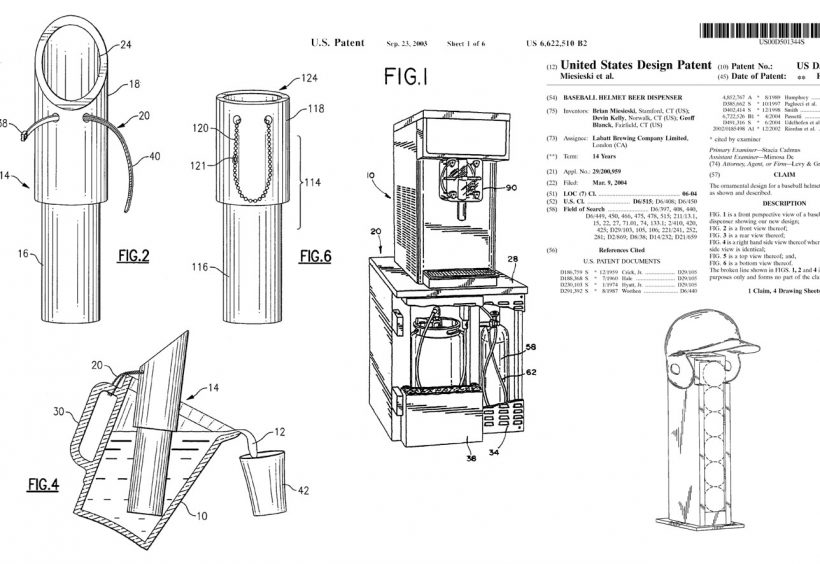 They say that necessity is the mother of invention—but beer must be at least a distant relative. A jaunt through the archives of the US Patent and Trade Office reveals thousands of beer-related processes, recipes, devices, widgets, gewgaws and other various and sundry inventions.

Indeed, it’s hardly an exaggeration to say that modern civilization would not have been possible without beer—for where would civilization be without pasteurization? Louis Pasteur’s Patent No. 135245, granted January 28, 1873, is probably best known for enabling milk to survive for more than few days outside of a cow, but it was originally developed for beer. “I have found that by my new process, the beer produced possesses in an eminent degree the capacity of unchangeableness,” Pasteur wrote, and thereby transformed food as we know it.

Not surprisingly, few beer-related patents were granted between 1920 and 1933—though there were a few along the lines of No. 1551979, “Process and Apparatus for Making Beer of Low Alcoholic Content,” granted on September 1, 1925. Inventor Henry Deckebach evidently saw the writing on the wall; he filed his application in 1919.

Along with a plethora of taps, kegs, dispensers and coolers, Americans have patented a vast slew of designs for beer mugs, steins, Pilsner glasses and the like. Most are merely decorative, but some, like No. 146078, are functional: In his drawing of a squashed-looking elliptical mug designed to let servers carry lots of them at once, William King seems to have slightly overestimated the number of fingers possessed by humans, but that did not faze the US Patent and Trade Office, who granted his patent for “Improvement in Beer-Mugs” on December 30, 1873.

Lest it be thought that the scourge of ads on every available blank surface (e.g., buildings, eggs, people) is a modern one, note that on March 12, 1888, Maximilian Ludwig Mueller, subject of the King of Saxony, patented a beer-glass lid that could hold interchangeable sheets of advertising. Clearly, he was ahead of his time.

Not all patents are so frivolous. It appears that No. 6659298, for a polyester beer bottle, actually protects us from bodily harm. Inventor Chio Fai Wong informs us: “Currently used beer bottles are mostly glass bottles, due to their fragility, even a matter damaging human by the glass fragments or granules accidentally occurs while natural explosion of glass beer bottles seldom occurred.” Not sure what that means, but three cheers for polyester.

The vaults of the US Patent Office hold a wealth of ways to keep skunkiness out of one’s beer: patented light-excluding cartons, bottles, films and the like. Of course, as the Labatt Brewing Co. knows, there’s more than one way to skin a skunk—Patent No. 5811144, issued September 22, 1998, describes a pre-bottling process for breaking down the riboflavin in beer, a prime culprit in producing skunky flavors in response to light.

And then there are the patents that are just plain wrong: beer slushy makers, beer concentrate, coin-operated beer vending machines. Nestlé’s pending application for a foamy, fermented non-alcoholic coffee beer certainly sounds like something best avoided—but then again, the first ancient Sumerian ever to drink spoiled barley juice must have been a brave soul. ■ 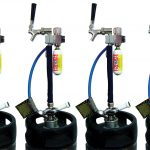 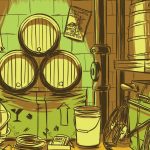