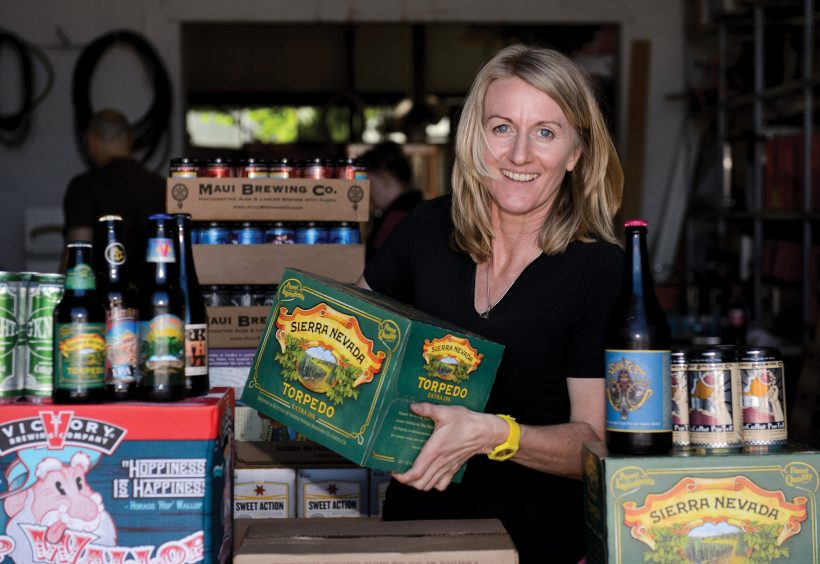 A bottle of Founders All Day IPA may travel over 4,000 miles to a retailer in Stockholm. On the way, it will endure temperature changes, extended stays in warehouses, and possibly a confused European (“what’s an IPA?”). But not if Sylvia Kopp can help it. As the Brewers Association’s new American craft beer ambassador in Europe, Kopp, a beer sommelier from Germany, will travel the continent demystifying US craft beer for emerging markets abroad.

What’s the current status of American craft beer in Europe?
In 2014, exports have risen nearly 37 percent from the previous year. Strong growth has been seen across the region, including Sweden and the UK, the two largest European markets for US craft beers. Countries like Germany, Austria, France, Spain and Italy have a growing potential, too.

How do you see the position taking shape?
In many ways, I’ll be continuing [former American craft beer ambassador Andreas Fält’s] efforts to educate trade and media through seminars/master classes, tasting events, and beer and food pairing dinners. We’ll also continue to have a presence for US brewers at festivals, trade shows and competitions. …

As to where I see the position changing, I intend to put a greater focus on quality. The Brewers Association has long emphasized the threat of the gray market and improper storage and handling practices. … However, we still find many beers in Europe that have not been treated properly. As Europeans are just becoming familiar with US craft beer, we can’t afford to deliver beers that lack the freshness and flavors that the brewer intends.

Do you anticipate any challenges promoting US craft beer in markets that are defined by tradition?
Never underestimate tradition. I respect it, and yet my mission is not about either-or, it is about both tradition and innovation. American brewers have looked and are still looking at the beer culture of the Old World for inspiration. You might say that “craft beer is coming home” with the growing number of imports to Europe. Today, we see how the craft beer movement informs the most traditional European brewers. They try new things, and that’s good.

What experiences have you had that will inform your approach to the position?
I started as a writer and beer sommelier in 2007. Back then, Germany was fast asleep when it came to inventive new beer styles, diversity of taste or a modern vivid beer culture. … Luckily I got assignments to write about GABF, explore the scene in Colorado and interview Garrett Oliver in New York. These experiences changed my perception of beer. … I was sure that this would happen in Europe, too. So ever since these initial contacts with American craft beer and brewers, I have worked to promote American craft beers and culture.

How do you respond to those who argue that American craft brewers should stay local?
Well, it is a privilege to drink American craft beer in Europe, for sure. As the craft beer movement has become a transnational, even global, phenomenon, brewers and beer lovers exchange and have access to information and ideas about great brews, recipes and events around the world. Why not also to the beers themselves? … In the same line, smart brewers will always treat and serve their home market as their first market. ■ 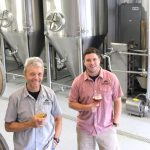 Previous: Ale in the Family: As Craft Brewing Matures, Sons and Daughters See a Future in Ales and Lagers 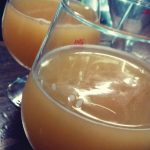