Ordinary, Best and Extra Special: How English Bitter Inspired a Revolution in Brewing 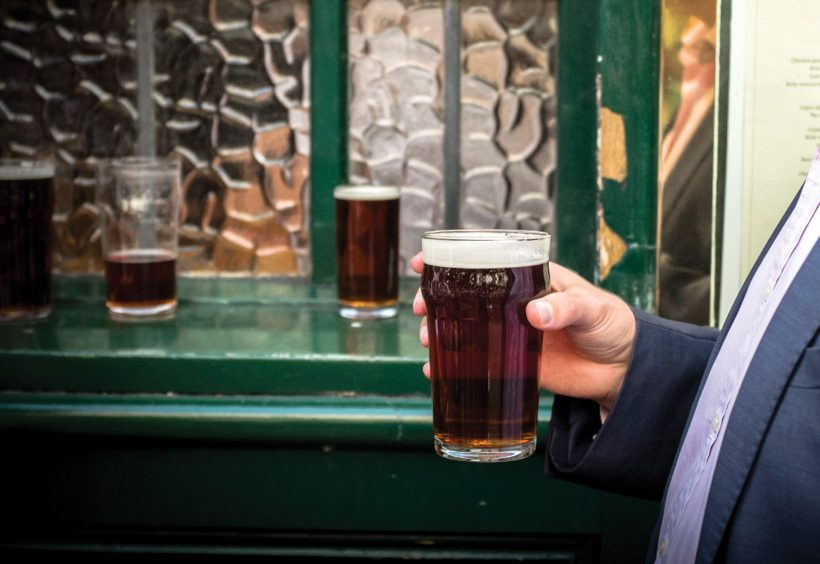 American drinkers, unless they travel frequently to the UK, will struggle to get to know Bitter. It doesn’t translate well into bottles and the best examples derive their character from the gentle carbonation and an almost-but-not-quite imperceptible funk imparted by cask-conditioning; from subtle variations between house yeast strains; and, crucially, from context. Adnams Bitter, for example, tastes better within sniffing distance of the brewery at a wind-battered maritime pub in Suffolk than it does even a hundred miles away in London.

Bitter is the quintessential English beer. Low in alcohol, light bodied, typically amber-brown in color, it seems to represent the essence of a country where pubs are Victorian and emotions are kept in check. Bitter is also, however, what overseas observers have in mind when they dismiss British beer as “warm and flat” and, for a generation of British brewers inspired by the US craft brewing movement, it is merely “boring brown bitter.” This is a shame not only because the subtleties of Bitter can be a delight for the beer geek willing to learn, but also because craft brewing as we know it was built on its back.

In his vital book Amber, Gold & Black, author Martyn Cornell examines the origins of every major beer style and explains how “bitter beer” and similar terms emerged in 19th century Britain to describe various forms of draft Pale Ale. A widely reprinted 1855 parody of aristocratic politician Charles Greville’s controversial memoirs has Queen Victoria serving the Duke of Wellington “a foaming jug of bitter” and this form, without modifiers, became common in the 20th century. By the 1930s, advertisements for Yorkshire brewery Tetley headlined two types of beer, Mild and Bitter.

After WWII, Bitter really took off as pub-goers began to reject Mild Ale, the previously dominant draft beer style. It had grown darker in the preceding 50 years and had also become a dumping ground for spoiled beer both at the brewery and in pubs where so-called “slops” were returned to the casks. Bitter, meanwhile, had long been a “premium” product and, during a post-war period of prosperity and optimism in which Prime Minister Harold Macmillan could say “most of our people have never had it so good,” quality became more important than price.

At the same time, a handful of conglomerates keen to develop brands that could be advertised nationally began to increasingly dominate British brewing. Mackeson Stout was one such product, as was Skol lager, but most were Bitters. Because their marketing nationwide relied on consistency and a clean taste, these particular beers were not cask-conditioned but instead filtered, pasteurized, force-carbonated and shipped in airtight containers. The most famous of this new breed of so-called “keg bitters” was Watney’s Red Barrel, first launched in the 1930s but pushed heavily from the ’60s onward.

Consumers began to fight back against monopoly brewers in 1963 with the establishment of the Society for the Preservation of Beers from the Wood, an organization whose constitution described keg beers as “blown up out of sealed dustbins.” This battle escalated when, in 1971, four young men from England’s Northwest founded the Campaign for Real Ale (CAMRA), a similar but ultimately more successful organization. They too were enamored of the products made by the hundred or so surviving regional family brewers such as Adnams and Theakston’s and one of the founders, Michael Hardman, was particularly fond of the intensely dry Bitters from Young & Co. of London and Boddington’s of Manchester. In his 1973 Beer Drinker’s Companion, Frank Baillie, an early CAMRA activist, wrote: “It is probably the bitter beers that give the most satisfaction to the beer drinker and which exhibit the most marked variation in palate from different breweries.”

CAMRA’s battle with Watney’s, Whitbread and the other colossal brewing concerns was fought largely over Bitter, and when Watney’s introduced a new cask-conditioned Bitter in 1975, many saw it as a signal of the company’s capitulation.

Alongside CAMRA in the 1970s came the very first microbreweries, most of which had Bitters as their flagship brews. Litchborough Bitter, brewed by former Watney’s employee Bill Urquhart near Northampton, first appeared in 1974. Bitters from similar operations like Godson’s in London (1977) and Butcombe in Bristol (1978) soon followed.

As Britain’s microbrewing revolution took off, the wonders of cask-conditioned Bitter inspired key players in the nascent US craft brewing scene, too. In his 2005 book Microbrewed Adventures, homebrewing advocate and Brewers Association president Charlie Papazian recounts a passionate affair with Brakspear Bitter of Henley-on-Thames during an early trip to England, marvelling at the earthiness and astonishing complexity delivered at less than 4 percent alcohol by volume.

Brooklyn Brewery’s Garrett Oliver has also frequently spoken of the moment when his eyes were opened to the wonders of beer, drinking a pint of Bitter in an anonymous pub near Victoria Station in central London in 1983. In his 2003 book The Brewmaster’s Table, he noted that “it exploded in layers of flavor—hay, earth, newly mowed grass, orange marmalade, and baking bread … it was so interesting that I couldn’t stop drinking it … my beer odyssey had begun.”

And the creation of what is arguably the world’s first American-style IPA, Anchor Brewing’s Liberty Ale, was directly inspired by a visit founder Fritz Maytag and operations manager Gordon MacDermott made to the Timothy Taylor brewery in Keighley in West Yorkshire where they tasted Landlord, a notably stronger and more aromatic interpretation of Bitter still marketed as Pale Ale. (Historically, the terms are interchangeable.)

Today in the UK, Bitter is not a strictly governed style and beers bearing that appellation might be golden to red, drily bitter or honey-sweet, rich in hop perfume or rather austere. Depending on strength, they might be called “Ordinary,” “Best,” or “Extra Special Bitter (ESB).” It is easier, perhaps, to say what Bitter is not. Once the classy alternative to Mild, then the conservative alternative to trendy lager, it is now the preferred choice of the anti-hipster—not Double IPA, and definitely not fruit-infused barrel-aged Saison.

“Many breweries here still retain a honest-to-goodness Bitter in their portfolio and there’s a legion of publicans and landlords who would be loath to stop selling it,” says Leigh Linley, author of the 2013 book Great Yorkshire Beer. “There’s plenty of typical Northern boasting of being able to brew ‘a proper Yorkshire bitter’ in the brewing scene—it’s a badge of honor, a due to be paid.”

Though Bitter is drunk all over England, those seeking true enlightenment should consider visiting Yorkshire, a noteable stronghold where names such as Samuel Smith, Joshua Tetley and Timothy Taylor are still spoken with respect. In spite of its enduring appeal however, dedicated Bitter drinkers are sometimes to be heard lamenting its decline. According to Adnams’ head brewer Fergus Fitzgerald, their concerns are not entirely unfounded.

“Southwold Bitter is still our best-selling cask beer and its place as No. 1 is probably secure for some time yet, but it has been caught up by Ghost Ship [a hoppy Golden Ale] in the last few years,” Fitzgerald explains. “When I joined Adnams 10 years ago, Bitter was about 70 percent of what we did, but it’s now closer to 40 percent as we have expanded the range of styles we brew, and as tastes broaden.”

Among younger drinkers in the UK, old-fashioned Bitter is not popular, and it is likely to lose yet more market share in the coming decade. Perhaps in 10 or 20 years though, a new generation of drinkers might appreciate it without prejudice as an expression of place and identity—as something to be cherished at their favorite seaside watering hole.

Five Classic Bitters
The following five Bitters are best enjoyed in a good pub near their respective breweries. Poorly kept Bitter can seem lifeless and bland, and bottled versions rarely have the understated magic, though they can be perfectly enjoyable.

Fuller’s Chiswick Bitter (3.5% ABV) is not as heavily promoted as its best Bitter, London Pride, but it’s worth seeking out in one of the brewery’s flagship city pubs. It is light amber in color, extremely light-bodied, with a delicate flowery hoppiness that melds with the zestiness of the house yeast.

Hard to find elsewhere in the country, Batham’s Bitter (4.3% ABV) is a cult favorite from the industrial West Midlands. There is a suggestion of honey in the flavor with a corresponding weight and sweetness in the body. Why it is so special, despite its humble presentation, is hard to pin down.

Black Sheep Best Bitter (3.8% ABV) is a relative newcomer first brewed in Masham, Yorkshire, in 1992. There is no shopping list of grocery store flavors and aromas here: it tastes and smells like beer, with a stolid, single-minded bitterness that defies pretension.

Dry and complex with a suggestion of cobwebs and oak beams, Harvey’s Sussex Best (4.0% ABV) resembles, at its best, a session-strength version of the Belgian Trappist classic Orval.

J.W. Lees Manchester Pale Ale (3.7% ABV) is a 21st century beer designed (unofficially) to evoke Boddington’s Bitter as it was 40 years ago. It isn’t a clone but it is light-colored, as “Boddies” used to be, and has a biting bitterness similar to the beer that inspired it, but without intrusive amounts new-school hop aroma. ■ 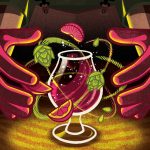 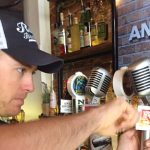