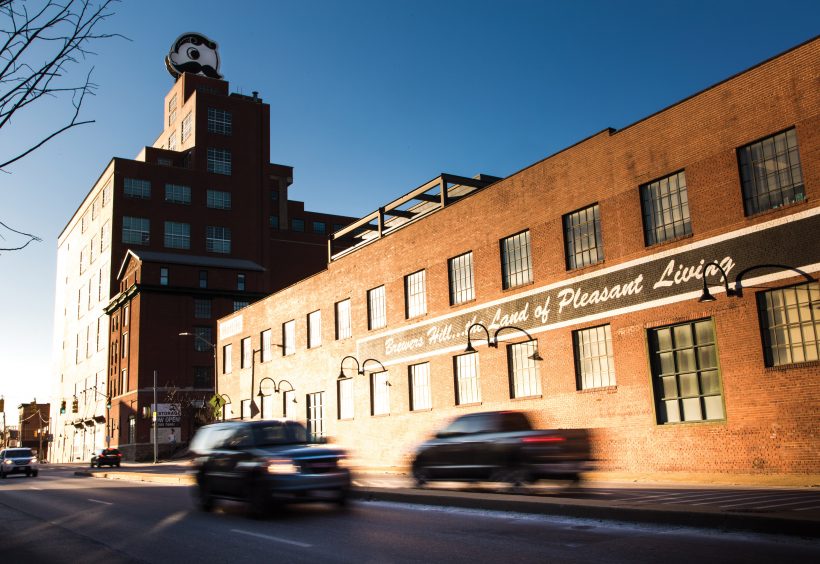 Walk into most any bar in Baltimore, and you’ll likely see a tap handle emblazoned with Natty Boh, the one-eyed, mustachioed mascot of National Bohemian beer, first brewed in 1885. It’s a beer that has become a part of the city’s identity—and though brewing has long ceased and the brand is now owned by Pabst, the neon winking character still shines bright over the city from the roof of the former National Brewery.

The story of Baltimore’s beer history is a familiar one. As a major seaport, the city once had a flourishing beer economy thanks in part to an influx of German and Eastern European immigrants. By the end of 1899, Charm City was home to more than 40 breweries, many clustered in areas known as Brewer’s Row and Brewer’s Hill. Competition from a wave of acquisitions beginning in the 1950s steadily decreased this number until Hugh Sisson opened the state’s first brewpub in 1989. 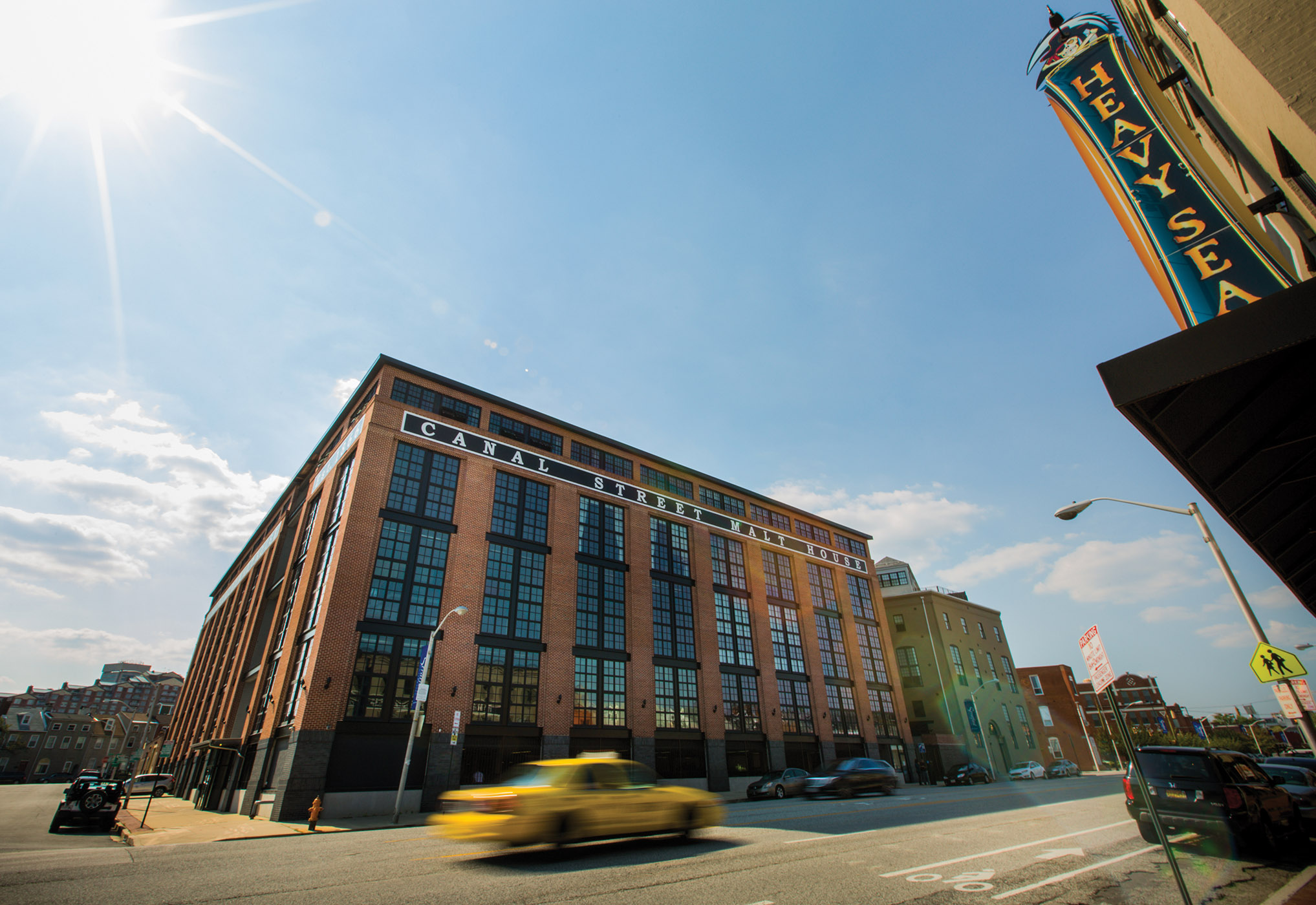 Oliver Breweries and the Brewer’s Art soon followed, and together with Sisson’s (which became Heavy Seas Beer) set the stage for a larger revival. As the city’s beer movement grew, Baltimoreans slowly embraced a small contingent of newcomers whose taps have edged their way into spots adjacent to Mr. Boh, restoring the city’s identity as a brewing town.

When the Wharf Rat started brewing in 1993, it became one of the city’s first brewpubs. From the cellar of the space now known as Pratt Street Ale House, Oliver Breweries built a reputation with English-style and cask-conditioned ales. In August, Oliver’s moved its brewhouse to an East Baltimore facility that more than doubled its capacity. 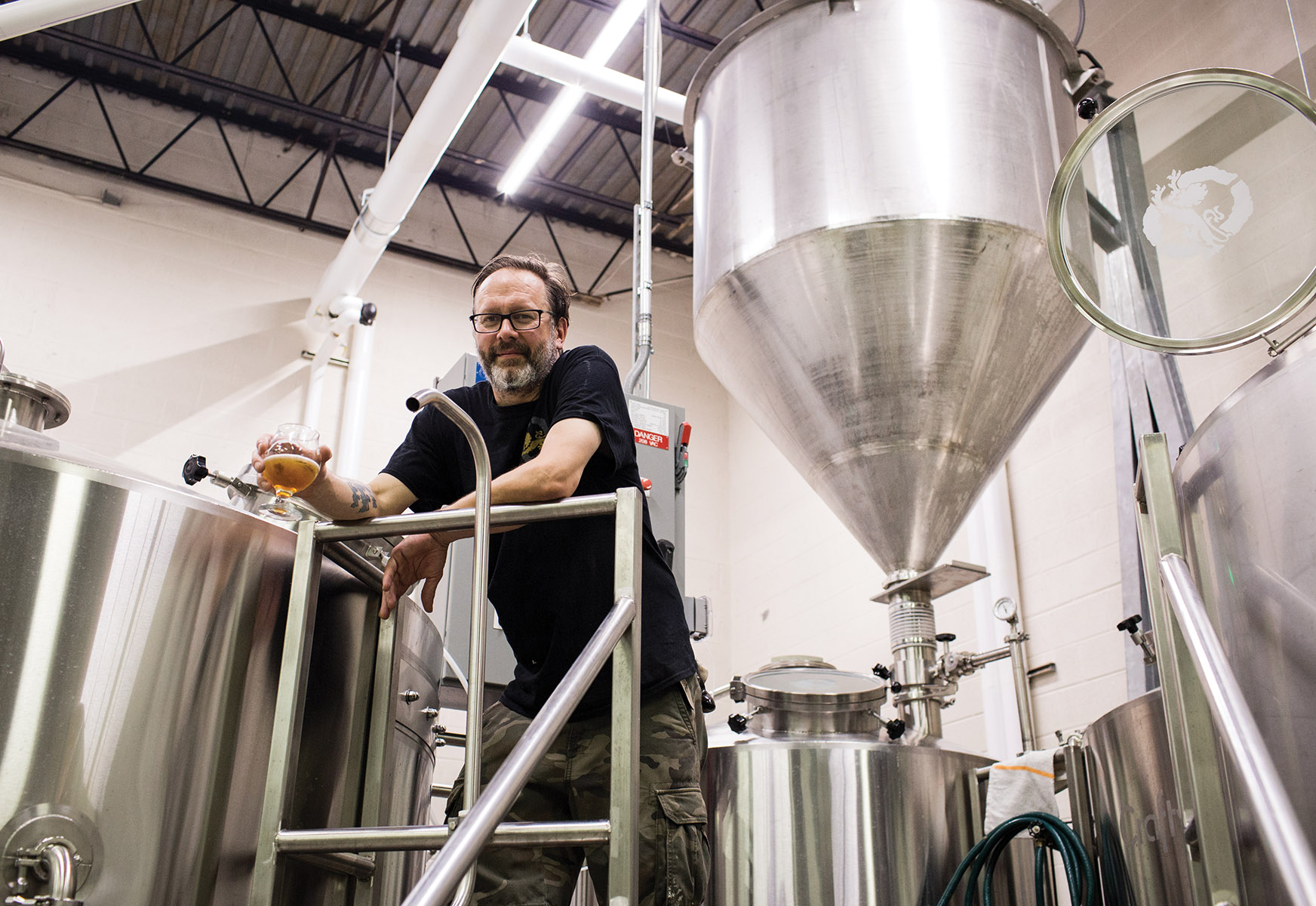 “I have witnessed Baltimore growing in stature as a beer town,” says brewer Stephen Jones, who joined Oliver’s in 1999 after a stint at Firkin Brewery in the UK. Jones adds that he’s more influenced by his experiences working alongside his contemporaries like Steve Frazier of the Brewer’s Art and gypsy brewer Brian Strumke of Stillwater Artisanal Ales than by Baltimore’s brewing history.

Founded in 1996, the Brewer’s Art’s Belgian-style flagships, like Beazly (formerly Ozzy), a 7.25 percent Belgian Strong Pale Ale, acquainted many Baltimore palates with new flavors. Upstairs, businesspeople and young professionals dine amidst architectural details like a marble fireplace and large chandelier, while downstairs, artists and students throw back goblets of abbey ales in a bar built into the townhome’s former cellar. 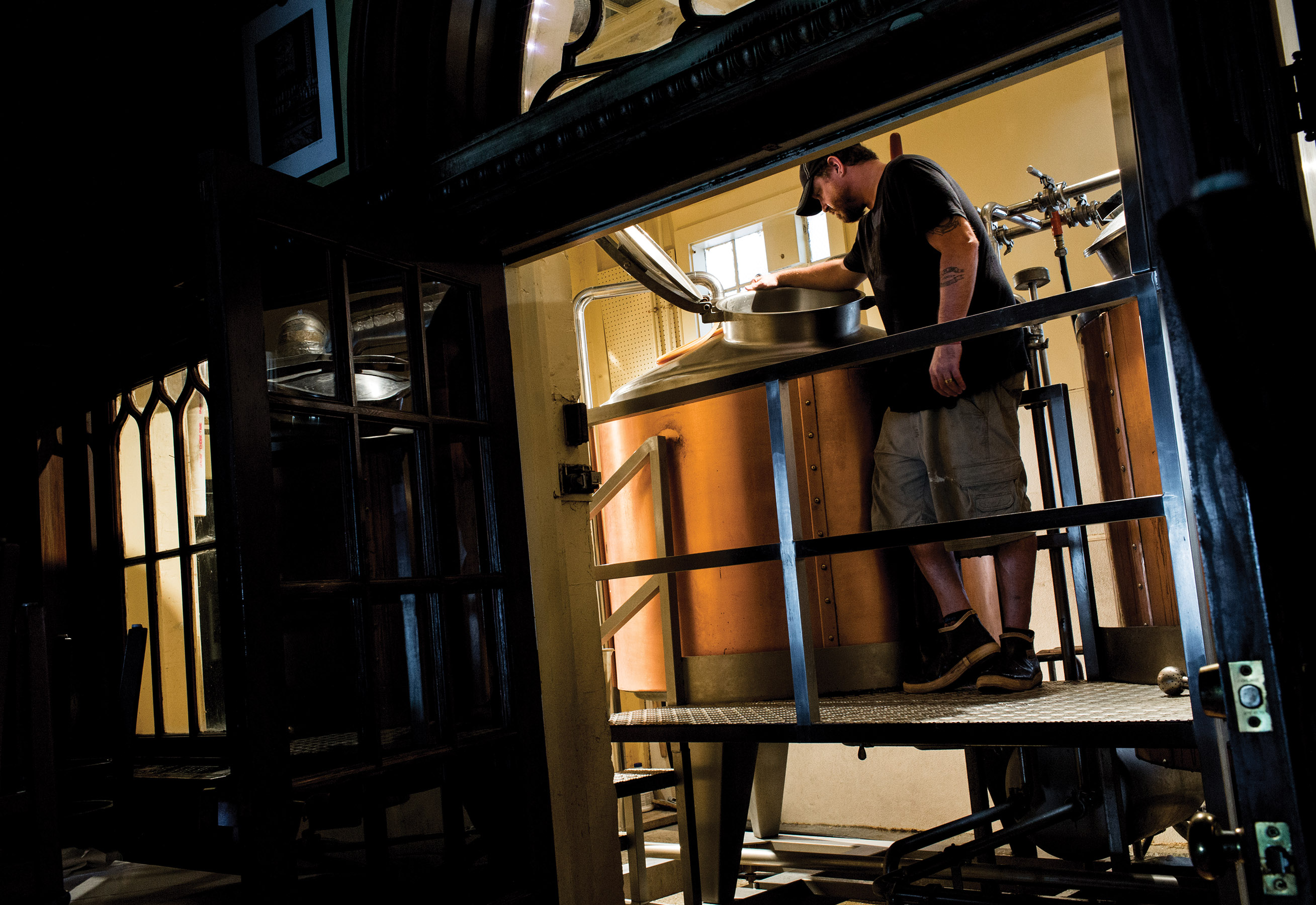 The brewery’s 8.5-barrel system is squeezed into three floors of a 19th century townhouse in Mount Vernon, just blocks from the Lyric Opera House, the University of Baltimore and Joseph Meyerhoff Symphony Hall. Visible from the formal dining room, the brewhouse (pictured, above, with brewer Rob Perry) was too large to fit through the doors or windows and had to be installed in pieces. 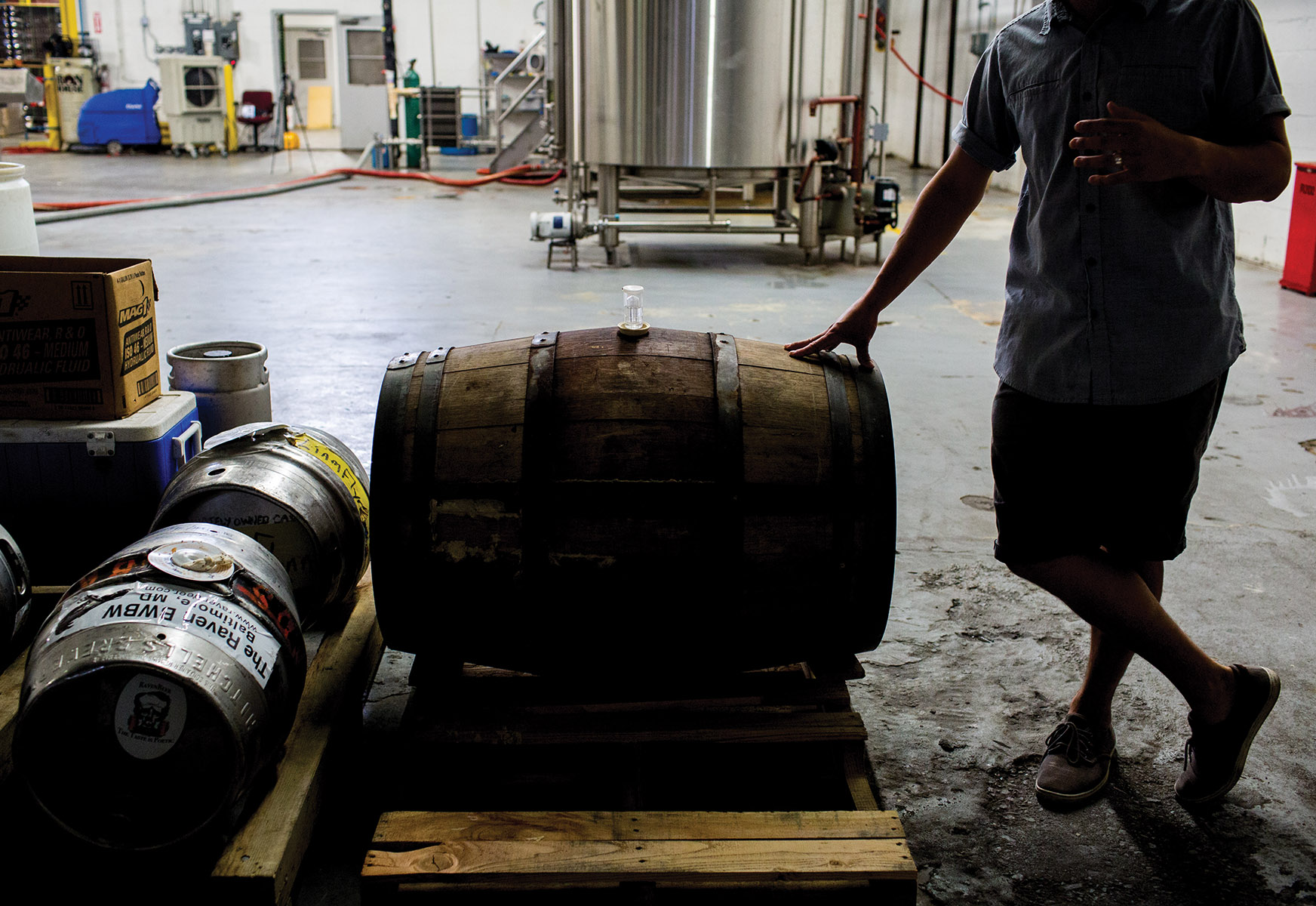 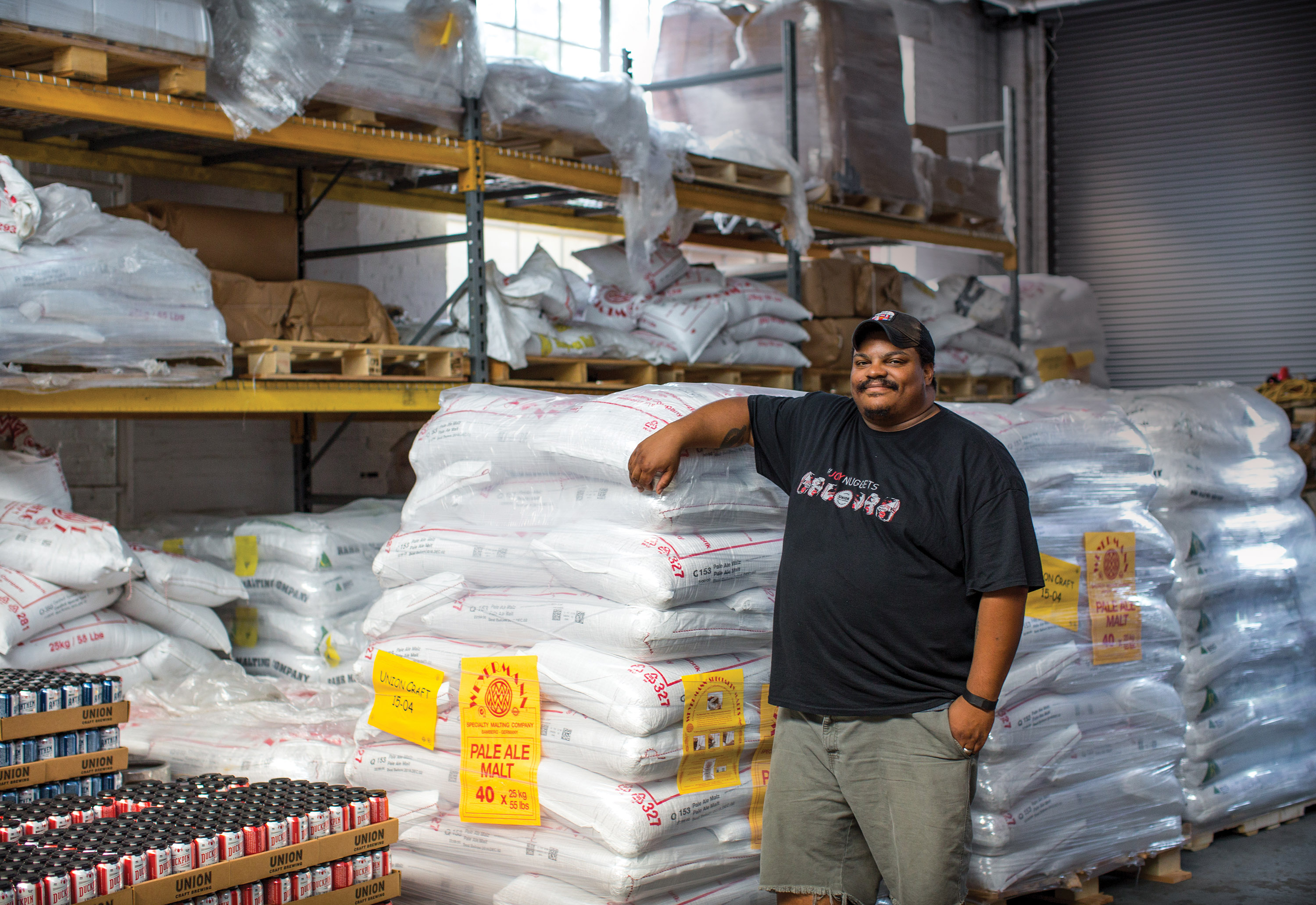 Before Union Craft Brewing, Kevin Blodger (pictured, left) worked for Gordon Biersch in Illinois, where he loved how Chicago breweries served as community gathering places. It’s something that stuck with him when he founded Union with Adam Benesh and Jon Zerivitz in 2011. “We thought that Baltimore was prime for that as well,” says the head brewer.

Union launched with Duckpin, an approachable 5.5 percent Pale Ale. “This is a Natty Boh town and craft beer is relatively new to the scene,” says Zerivitz. But Union has successfully pushed boundaries, too, like when it released Old Pro, a tart, zippy Gose, “accepted by both craft beer fans … and by regular Baltimoreans just looking for a summertime, thirst-quenching beer,” says Benesh.

In just three and a half years, Union has become Baltimore’s neighborhood brewery. A wide variety of local businesses were eager to collaborate, and those partnerships make their way into all facets of the brewery, from label art to beer-and-food events and music festivals.

Waverly Brewing Company’s opening in late October made it one the city’s newest breweries. Formerly an industrial warehouse, Waverly’s location in Hampden is just steps away from Union Craft Brewing, and includes a taproom and an outdoor beer garden featuring rotating guest chefs. 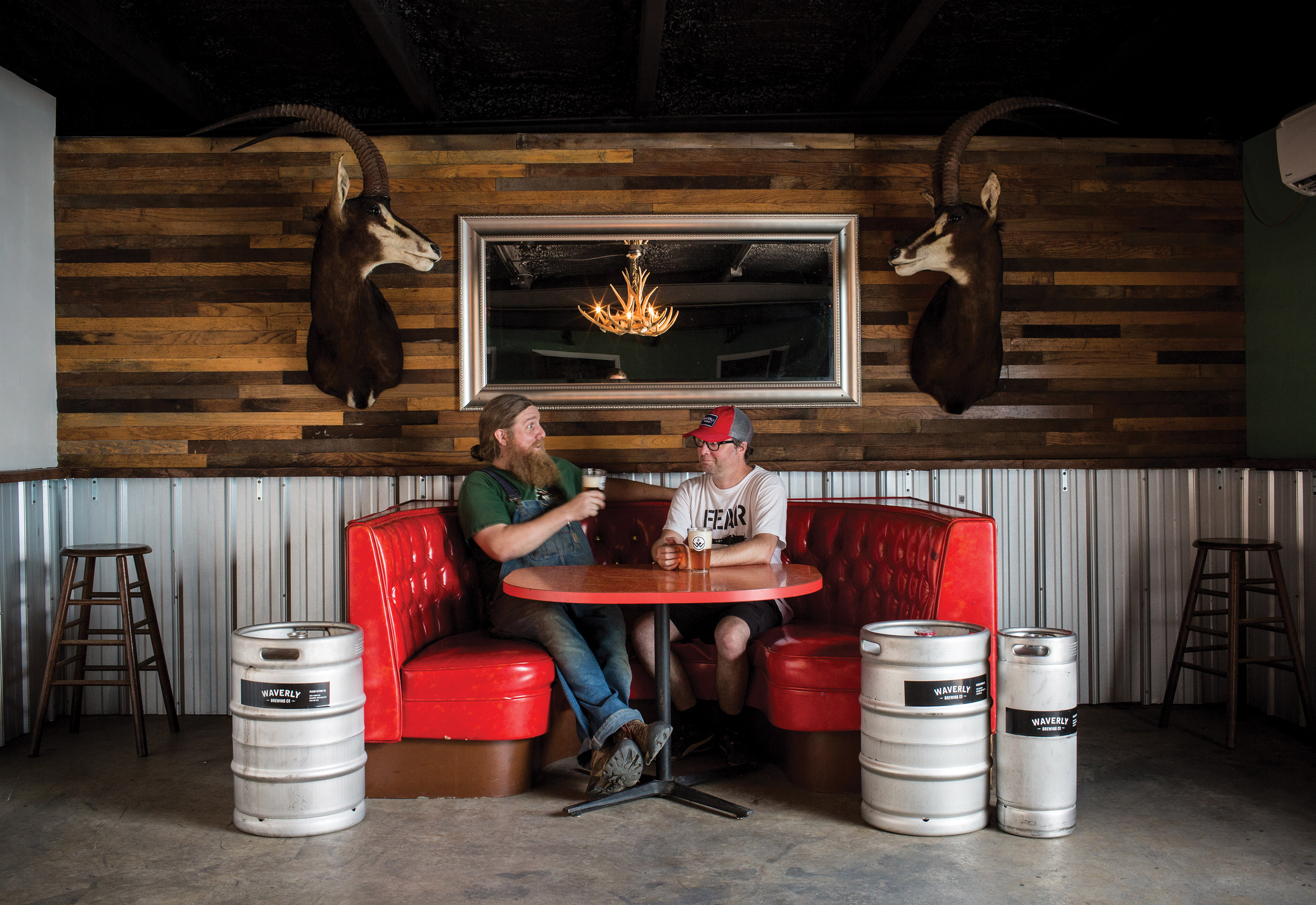 Roy Fisher, Jr., a Baltimore native and Waverly’s co-founder and head brewer (pictured, right, with assistant brewer Greg McGrath), says he’s watched the city’s beer tastes evolve since he started homebrewing in high school. “We can truly do whatever we want creatively,” says Fisher of the 5-barrel system. Waverly debuted with a Pale Ale and has plans for a hibiscus beer in the future. “The people behind breweries like Heavy Seas and the Brewer’s Art have paved the way for newer beer folks like Waverly to be among the latter pages in the Baltimore beer history books,” says Fisher. ■ 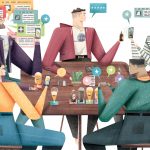 Previous: Drinking Games: Have Social Media and Apps like Untapped Changed the Way We Consume Beer? 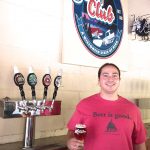