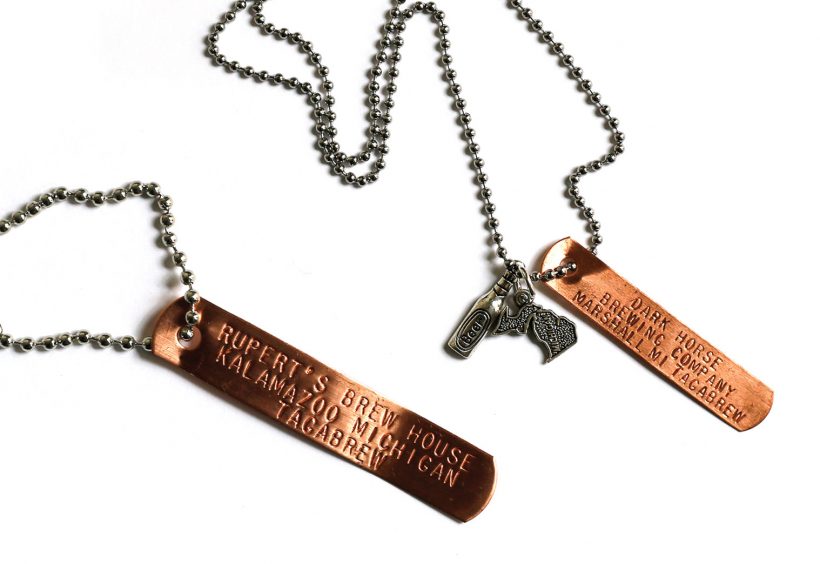 During a trip to Idaho, Debi and Jim Steward made a point to stop at a brewery for each meal. “We wanted memories of where we were,” says Debi Steward. “But you can only collect so many T-shirts and glasses.” That’s when the couple came up with a new kind of brewery collectible, TagaBrew.

A thin strip of copper imprinted with the name of a brewery, TagaBrew hangs as a charm from a 4-inch chain (for growlers) or 26-inch chain (for collecting and wearing the tags). Back home in Michigan, the Stewards brought their idea to life and started selling the charms at Rupert’s Brew House in Kalamazoo in May 2014. The concept spread until the tags were available at more than 41 breweries across the state.

Since the charms include both the brewery’s name and town and have an affordable retail price ($2 – $5), they have become popular mementos for locals and tourists alike. And with each brewery’s TagaBrew “memory tag” only available on-site, collectors must visit new breweries to add charms to their chain.

Because the Stewards assemble and distribute the charms themselves, they see the joy that they bring consumers. “I was at Paw Paw Brewing Co. a few hours ago to deliver an order and there was a gentleman from Chicago passing through. He bought one for a Michigan memory,” says Debi Steward. “A lot of breweries sell them on their growlers. If a customer brings a growler in from a different brewery, they will put a TagaBrew tag on it. I have seen them on mugs, purses, bracelets. I have sold them for breweries’ anniversaries and for mug club members.”

TagaBrew’s availability is growing rapidly, and will expand to Indiana breweries beginning in January. But Steward hopes the concept will go even farther. “How does TagaBrew USA sound?”

Learn more and see a listing of breweries at TagaBrew.com. ■ 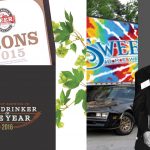 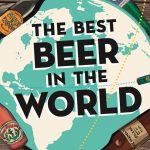 Next: The Best Beer in the World: One Man's Global Search for the Perfect Pint
Tags: Beer Accessories, Debi Steward, Michigan, TagaBrew