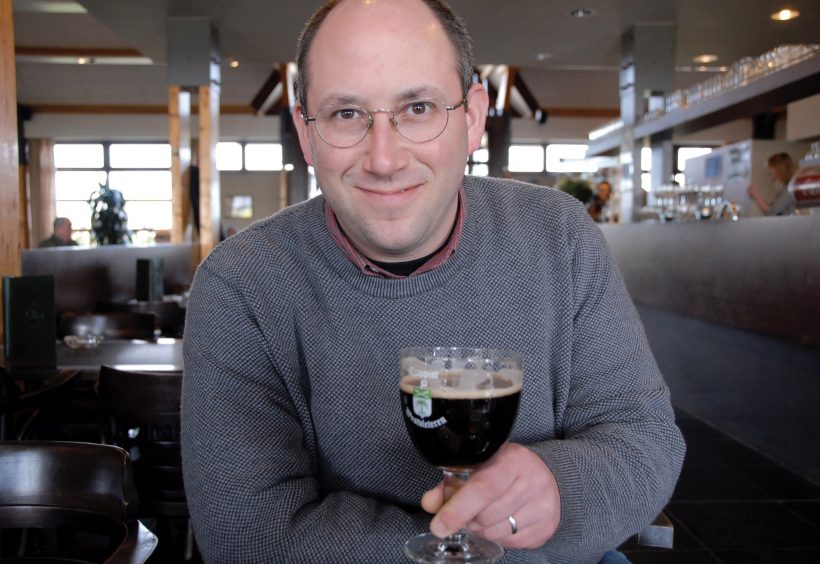 Ben Low chose a career in brewing as an alternative to a life as an academic specializing in classics. In doing so, he favored a creative outlet that was social and wide-reaching over a niche field grounded in dead languages. That one decision point resonates through Low’s approach to brewing. Baxter Brewing Company, the Lewiston, Maine-based beermaker where Low serves as director of brewing operations, focuses on flavors that are bold and distinct. But Baxter beers are also built so they invite newbies to join the craft movement. “Most of the people who work here are beer geeks, but none of us are beer snobs,” Low says. “We want as many people as possible to try our beers, and get into them. You can’t be all things to all people, but we try to paint with as broad a brush as we can.”

1. Discover flavor
Long before it was ever legal for him to have an opinion on the subject Low became a convert to the cause of full-flavored beers. His palate came of age in the late 1980s, through the intercession of Guinness Extra Stout, and the handful of domestic crafts he could obtain at the time. “I drank my share of mass market beers as well, but I’ve loved more intense flavors from the beginning,” Low says. “The good beers registered a lot more. And when I get interested in something, I dive in and learn as much as I can. Beer definitely became a passion.”

2. Find an outlet
Low picked up homebrewing while pursuing a doctorate in classics at Brown University. “I really wanted to know how the flavors get there, and there’s no better way to find out than to do it yourself,” he reasons. Low spent years dialing in traditional German and British styles. And in the process, he found a new outlet for the same academic impulses that had initially pushed him into the classics. “I have a strong interest in social history, and I really enjoyed learning about the history of these styles, and how beers have been made over time.”

3. Connect with the masses
Why did Low eventually ditch academia for a stint at brewing school, and a career making beer? “With academic work,” he says, “I was sitting at a desk, working on stuff that maybe five people in the world understand, or care about. I like working with my hands. And I like making a difference to a lot of people. Not that what I do here changes the world, but it’s approachable to a wide audience. The classics—what I was supposed to be working on when I was busy homebrewing—was the very opposite of that.”

4. Embrace freedom
Baxter Brewing was supposed to be a temporary gig for Low. He had left his previous brewing job to strike out on his own, but while he was raising money and scouting locations, his friend Luke Livingston, founder of Baxter, reached out to Low looking for a new brewer. “Once I started here, I didn’t have time to work on my own project, but it was OK, because I felt like I was getting the creative freedom I wanted, without the hassles of running a business myself.”

5. Chase balance
Low spent years chasing excellence in classic German and British styles. At Baxter, he’s learned to move beyond them, and use classic styles as jumping-off points for creative recipes. “A good grounding in styles is really important, but we only make one beer that truly fits into a defined category,” he says. Low’s guidelines are grounded in flavors, not styles: he wants to tackle bold flavors and utilize interesting adjuncts, and he wants to do it while maintaining broad appeal. “The goal is to have a unified beer, not something that’s extreme,” he says.

6. Hit it
Phantom Punch Winter Stout shows the line Low tries to walk on approachability. A canned, adjunct-heavy American Stout that approaches 7 percent ABV is nobody’s idea of a training-wheels beer. At the same time, it was important to make it a beer customers could drink more than one of. He kept the alcohol levels below imperial territory, and drove complexity by layering in cacao nibs and vanilla beans. “The cocoa and vanilla are almost a part of the malt bill, and that’s part of what makes the beer,” Low says. “Everything’s well integrated.”

7. Bridge the gap
Stowaway IPA, Baxter’s flagship ale, is a link between West Coast-style IPA and the maltier, British-influenced styles New England’s first-wave craft brewers favored. It’s a compelling beer that geeks reach for, and it does well in the supermarket. Bright orange in the glass, and bursting with citrus and pine, it stands out because it doesn’t fit neatly in any pre-built box. “It’s meant to be big, but it’s also meant to be accessible to a wider audience,” Low says. “Our goal is to bridge the gap: to do things that are interesting for craft connoisseurs and also to get people who are not into craft beer excited about it.”

8. Maintain perspective
Low made the 2015 batch of Baxter’s cult favorite Double IPA, Bootleg Fireworks, twice as large as the previous year’s, and it still sold out before it was canned. “No matter how passionate you are, it’s easy in any business to do the same thing every day, and forget where it ends up,” Low says. “So when we do have a limited release, it’s definitely a reminder that lots of people are paying attention to what we’re doing, and enjoying it.” For 2016, Low’s planning two releases, one in the spring and one in late fall.

9. Join a tribe
Low credits Maine breweries like Allagash, D.L. Geary, Gritty McDuff’s and Shipyard for making the state’s beer scene what it is today. Allagash brewers helped him work through technical questions about fermenting on a large scale when Baxter was expanding its capacity. And, Low argues, Allagash White did yeoman’s work in broadening beer drinkers’ palates, to the point where diversity has become the Maine brewing scene’s calling card. “Other parts of the country, even with good beer culture, are dominated by one style. Here, if you want to start brewing, you have to find something nobody else is doing.” ■ 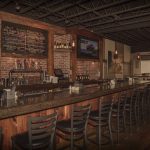 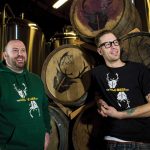