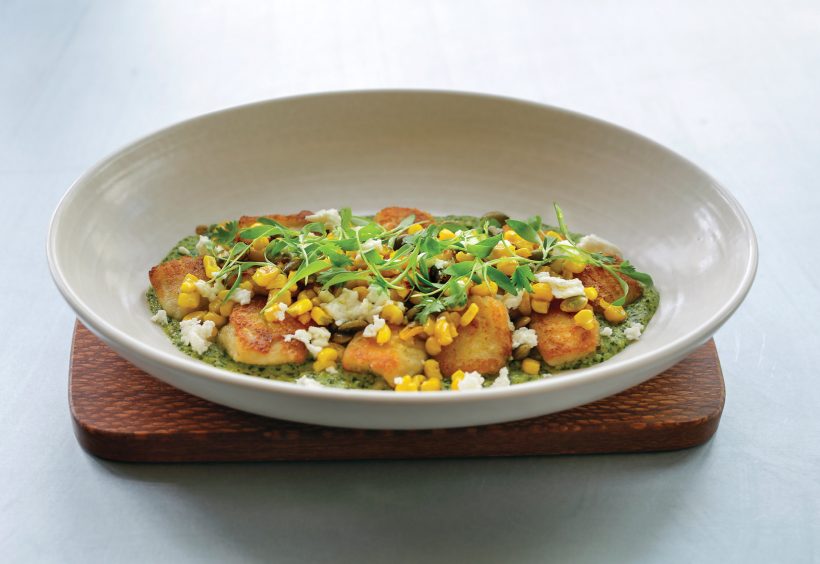 Autumnal | 7.2% ABV
Stillwater Artisanal Ales
This amber farmhouse ale contains a medley of earthy, fruity flavors that latch on to different branches of the dumplings. Roasty notes from the barley align with the seared side of the panela. The spritz of fresh lime over the dish is hardly noticeable alone, but alongside the beer’s mild fruit notes this hint of citrus becomes a refreshing change of pace in contrast to the rich cheese.

Citra Sour | 7% ABV
Almanac Beer Company
This pairing surprised us in the best way possible. The massive, bright acidity of this dry-hopped sour cut straight through the richness of the pesto and panela. Every bite felt new, with the Citra hops coming through in the fresh lime and micro cilantro. Finally, the beer’s crisp body was mirrored in the fresh sweet corn. ■ 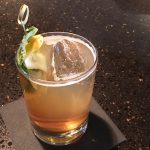 Previous: How to Make a Confluence “Double You”-IPA Cocktail 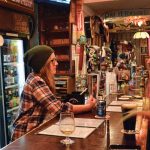