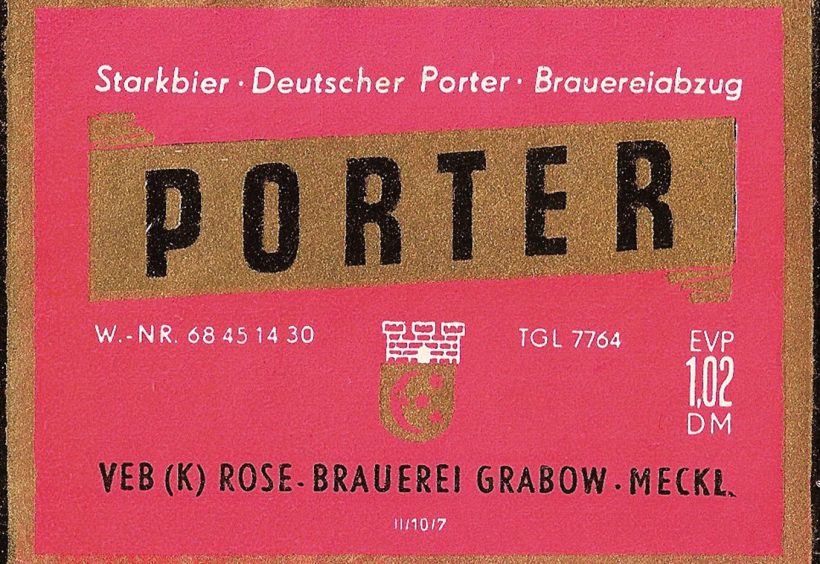 In the 20th century, the story of German Porter is mostly one of slow decline. The period after WWII is particularly fascinating, with Porter faring very differently in the two halves of a divided Germany.

It was in the East of Germany that Porter grew the strongest roots. After WWII, only a handful of brewers in the West bothered with the style and it eventually petered out. But in the DDR, dozens of breweries made a Porter right up until reunification.

A typewritten manuscript from A. Dörfel, the head brewer at the top-fermenting Berlin brewery Groterjan, gives a wonderful insight into how Porter was brewed between the wars. Although the document dates from 1947, it’s describing processes from the 1930s. This is his Porter recipe:

Farbmalz is the German equivalent of black malt, in case you were wondering. And that hopping is the equivalent of two pounds per imperial barrel, which is quite a lot for a German beer. The resulting ale had an OG of 18º Plato.

But what is most interesting is the fermentation, or, more precisely, the secondary fermentation. Dörfel mentions “Nachgärungshefe” (secondary conditioning yeast), which must mean Brettanomyces. At Groterjan, as had been the case at British breweries, Brett was not added separately, but was in the pitching yeast. Although by the 1930s, very few British Stouts underwent this sort of secondary conditioning.

The type of Porter described by Dörfel is very similar to that brewed in East Germany during the Cold War. In particular, they stuck with a Brettanomyces secondary fermentation:

“When the primary fermentation is over, the young beer is transferred to small lagering barrels. There it is infected with Brettanomyces and a sugar solution added. After a relatively short time a lively secondary fermentation starts. The lagering barrels are not bunged but are allowed to froth over.”
Leitfaden Für den Brauer und Mälzer by Rudolf Dickscheit, Leipzig, 1953, page 163. (My translation.)

For a while I doubted whether this was how they actually brewed Porter in the DDR, because Disckscheit finished off his description with this:

“A Porter brewed by the aforementioned method would not be identical to the beer produced in the DDR with the name ‘Porter,’ but would be more similar to the English beer than is currently the case.”
Leitfaden Für den Brauer und Mälzer by Rudolf Dickscheit, Leipzig, 1953, page 164. (My translation.)

Then this year, I happened upon the East German standards document for beer. It lists all the ingredients brewers were allowed to use. And damn if it doesn’t include Brettanomyces delbrueckii, specifically for the manufacture of Porter.

Meanwhile in West Germany, Porter took a different turn. Porter had been brewed in Northern port cities, such as Bremen, but by the 1970s the last of these had disappeared. Only one remained, oddly brewed by Hoepfner in Karlsruhe in Baden-Wüttemberg, the heart of lager country. Even this was discontinued in the 1980s, though it was revived in 1998. At 15.8º Plato, you’ll notice that the modern version of Hoepfner Porter is a little weaker—and also paler than its East German cousins.

Sadly, the old type of East German Porter disappeared after reunification. Some breweries in the former East have begun to brew Porter again, but of a very different type. My excitement turned to disappointment when I got to try one: ridiculously sweet and very thin. At only 4.4 percent, Lausitzer Porter is a far cry from the hearty DDR Porters. If only someone would brew one of those again. ■ 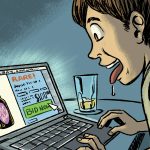 Previous: The Dark Side 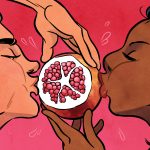