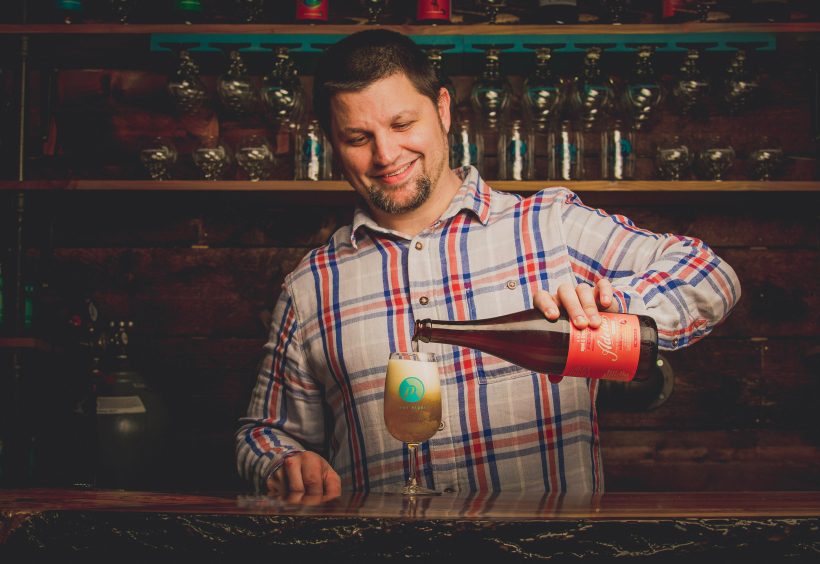 Proclamation Ale Company’s origin story is simple: Dave Witham thought his beers were tasty, and his friends thought they were tasty, so he founded a brewery. “I make rash decisions,” Witham explains. “I go balls-out on anything I do.” At Proclamation, the small Rhode Island brewery he founded two years ago, Witham channels that all-out, go-for-it approach in a portfolio of assertive IPAs and inspired wild ales. “We’re after an extreme flavor profile, but in a way that’s balanced and drinkable,” he says. “I don’t want to drink a 4-ounce glass of a sour—I want something I can drink a full glass of without having to take a swig of Pepto.”

1. Give it a second try
Some brewers catch the brewing bug the first time they smell a pot of wort. Dave Witham isn’t one of those brewers. Witham’s brother-in-law introduced him to homebrewing in the late 1990s, but it was almost a decade later, while screwing around with a Mr. Beer kit he’d gotten as a wedding present, that things clicked. The first time he’d tried his hand at fermentation, all his creative bandwidth had been dedicated to playing, recording and teaching music. But the second time around Witham was hooked on West Coast IPAs and searching for a new creative outlet.

2. Lick a tree
Green Flash’s West Coast IPA turned Witham into a full-blown beer geek. “That was my, Whoa, what the F is this? moment,” Witham recalls. “It was so aggressively hopped compared to anything we had on the East Coast. I’d had Dogfish 60 Minute, but this was the first time I’d ever been chewing on a pine tree, in a good way. I’d never had anything that hoppy.” That discovery led Witham to a whole new world of hop flavor.

3. Build something
Witham went all-in on homebrewing to scratch a creative itch, but he went commercial because it seemed like the most promising way to provide for a growing family. He knew he would never make a living just by teaching music, but he also worried about trying to reenter the workforce after spending years as a stay-at-home dad. The solution: Stay at home during the day, and launch a brewery on nights and weekends. “The plan was to build something, and by the time our daughter was 5, I’ve created this thing that would be sustainable,” he says.

4. Take a trip
Thanks to geeks hooked on the whale-tastic, insanely aromatic IPAs coming out of Vermont, it’s become routine to drive across New England in search of exciting new beers. And that momentum is lifting up new ventures like Proclamation. “The consumers are knowledgeable, and the enthusiasm for beer is spreading,” Witham says. Rhode Island’s laws limit the brewery’s sales to 72 ounces per person, per visit. “The crazy thing is, we operate within those guidelines and we still get people coming in from New York and Boston. Which is awesome.”

5. Work the system
Proclamation sells half its beer to regular accounts through distribution channels, so production tilts toward a pair of flagships: Derivative, a Pale Ale series that serves as a showcase for hot hops like Galaxy, Mosaic and Citra, and an IPA, which rotates between West Coast-influenced Tendril and the dank and tropical The Stalk. Witham rounds out production with a series of seasonal Stouts, tasting room exclusive one-offs, and barrel-aged sours, and he’d go deeper in that direction if he could. But right now, his state laws mean he needs distribution, and distribution needs consistency, and lots of hops.

6. Mind your roots
Witham’s flagships are hop-focused nods to his homebrewing days. Tendril is big, assertive and loaded with pine. Amid a growing crowd of flowery New England IPAs that wink at Heady Topper, it’s an unabashed love note to the assertive California beers that made a beer geek out of Witham. Meanwhile, Derivative, a dry-hopped Pale Ale, is the product of a simple, experimental urge: “Let’s get some more sexy hops, and see what we can do with them.”

7. In a storm, tack
Hoppy beers have built Proclamation’s reputation with beer drinkers. And that fact concerns Witham amid an accelerating wave of consolidation in the industry. “If I were if starting out today, I wouldn’t make a hoppy beer,” says Witham out of concern for small brewers’ access to raw materials like hops. Proclamation has steered into the curve, and gone big in exploring wild farmhouse ales. “There are things you’ll always be able to get: used wine barrels, grain and yeast. So if I have to go make a bunch of barrel-aged Saison, that’s OK.”

8. Funk, take the wheel
Wild and sour beers are a growing part of Proclamation’s production. Witham has a cellar full of barrels spiked with varying combinations of Brettanomyces, Lactobacillus and local wild cultures. His flagship sour, Harper 1, is a blend of blonde and red sours, aged on apricots. The forthcoming Harper 2: Electric Boogaloo, is a funky blend of blonde, red and dark sour ales aged on tart and sweet cherries. “[Sours] started as personal fulfillment,” Witham says. “But now the market’s heading that way, too.”

9. Go to extremes
Witham attributes craft drinkers’ growing thirst for sour and wild ales to the same impulse that leads drinkers to embrace massive Stouts and tongue-slashing IPAs. “It’s extreme flavor,” he says. “You look at the top 250 beers in the world, and everything is extremely hoppy, or sour, or barrel-aged something ginormous. They’re well-made beers. But it’s based on these extreme swings in flavor, on the flavors being at the farthest point people have had them.” ■ 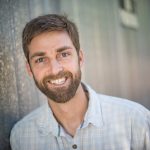 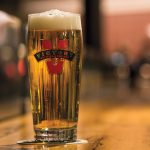