What's not to love?

Devotees of the burgeoning open-source software movement are prone to making a big explanatory fuss over the English word “free.” They say the Romans had the right idea, using separate words for its two very different meanings: gratis, meaning “costing nothing,” and libre, which is more what Mel Gibson had in mind in the final moments of Braveheart.

Or, in the immortal words of Free Software Foundation founder Richard Stallman, “Think of ‘free’ as in ‘free speech,’ not ‘free beer.’ ”

All well and good. Except that in 2005, some enterprising students from the Copenhagen IT University and members of Danish artists’ collective Superflex, inspired to challenge Stallman’s beer/speech dichotomy, created Free Beer—a so-called “open-source beer” that was not at all gratis, but definitely libre. So much for fine distinctions.

Until recently, most US beer drinkers haven’t had the opportunity to try a beer that shares its intellectual property structure with Linux and GNU, but earlier this year, the brewers at Flying Dog Brewery in Denver announced that they were creating an open-source beer and began inviting other brewers to comment on the recipe on their website. Collaborator Doppelbock, a bottle-conditioned German-style Doppelbock with a limited release of 5,000 750 mL bottles, is slated to hit shelves in October.

Brewtopia, a brewing company founded in 2002 in New South Wales, Australia, has taken a different approach entirely: Rather than open-source beer, they started an open-source brewery. For three months, the company invited anyone to weigh in on all its business and marketing decisions, and awarded real stock shares to everybody who participated. The brewery has since scaled back to a slightly saner top-down management strategy, but it still publishes its lager recipe, allows its online customers to design their own beer labels and awards shares of stock to custom-beer buyers.

Both Free Beer and Collaborator Doppelbock are published under a Creative Commons license, which means that anybody who wants to can use and adapt the beer’s recipe, either for fun or for profit. If Anheuser-Busch felt like tweaking the recipe and making zillions of dollars off it, they’d be free to do so, as long as they credit the beer’s creators, publish any changes under a Creative Commons license and make it freely available to others.

Of course, all this may be much self-congratulatory ado about nothing. Extract the Brewing 2.0 hype, and it’s just a recipe—and recipes are generally not copyrightable to begin with, so publishing one under a Creative Commons license doesn’t do much more than create a great marketing gimmick. By posting their ingredient list and calling it “open source,” the likes of Flying Dog are to some extent just riding the current sexiness of the term. Not to mention that there’s already plenty of open-source beer around—it’s called homebrew, people.

But it seems that there’s something inevitable about the rise of free (as in speech) beer. If there’s anything beer lovers and open-source geeks have in common, it’s that they love to spread the word about their respective passions—and open-source beer is, if nothing else, a pretty genius proselytizing device. It’s an open question whether the folks at Superflex and Flying Dog Brewery are using beer to promote freedom, or freedom to promote beer; either way, they’re fighting for a good cause. ■ 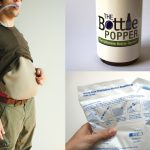 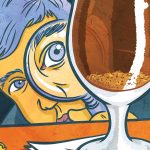