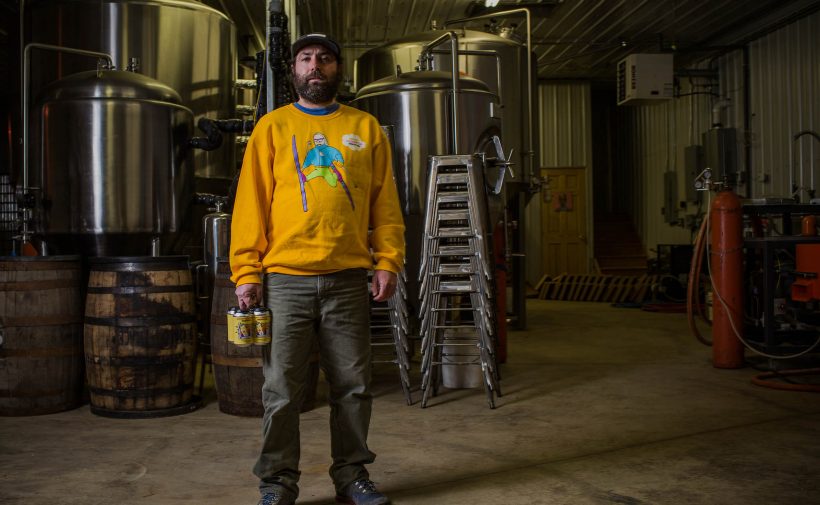 Trevor Williams co-founded Columbus, Ohio’s Hoof Hearted Brewing with a pair of college buddies, Jared and Ryan Bichon, in 2011. They crank out bold, aromatic beer that’s influenced by hops, hair metal and video game culture. “I obviously want to try out new, adventurous and challenging things, but that doesn’t mean you can’t have a personality,” says Williams. Hoof Hearted brews some of the region’s best IPA, and does so beneath a logo of a centaur raising a toast, farting. “We didn’t want to name our brewery after a street or a town,” Williams says. “This is our personality. We’re pretty silly, and if you like it, awesome, and if you don’t, there are four dozen other breweries you can go to.”

1. Take the training wheels off
Ever since Williams has been drinking beer, he’s been drinking good beer. As a college freshman, he enjoyed a steady supply of quality growlers from a friend who worked at Barley’s, one of Columbus’ first-wave brewpubs. “We were underage and under the influence of some of the best stuff that was available to us at the time,” Williams recalls. “We were never drinking Natty Light. We were so spoiled—drinking Russian Imperial Stout at 18!”

2. Try new things
Williams worked in the beverage industry for more than a decade without seriously contemplating striking out on his own. He was a happy consumer for the same reasons that now drive him as a brewer: He loved the open-ended possibilities that brewing presented; the way a few basic ingredients could create an ever-evolving canvas. “I like the adventure of trying new things,” Williams says. “Trying someone’s interpretation of something old, seeing the constant spins people put on things. I love food, coffee and wine for the same reasons.”

3. Get inspired
On a 2011 trip to Colorado, Williams and his two Hoof Hearted co-founders, Jared and Ryan Bichon, experienced an aromatic, pungent IPA from Backcountry Brewery in Frisco. “I hadn’t ever had a hop bomb quite that fresh. The aroma was just intoxicating on its own. It really got our wheels turning,” says Williams. When they returned to Columbus, the local beer scene left them wanting more. “We figured there was probably room for at least a couple more [breweries]. So we fell down the rabbit hole.”

4. Build a monster
In an old barn in a rural town half an hour north of Ohio’s capital city, the Hoof Hearted crew built out nearly all of their original brewhouse by hand. “It was a Frankenstein thing,” Williams recalls. “We took flat sheets of stainless, rolled them up and welded them. It looked like an enormous replica of a homebrew setup.” They made it work, and over the weekends they ground out batches of massive, fragrant IPAs. “Our business plan was probably pretty poor,” Williams concedes. “But we were definitely on a mission.”

5. Sniff out flavor
“I could smell an amazing IPA all day and not drink it,” Williams says. “For me, the smell alone is enough to hook you for life.” Williams churns out several riffs on the super-aromatic Backcountry IPA that turned him into a brewer; he brews single, double and triple IPAs, highlighting dark malts or oatmeal, throwing bucket-fulls of ripe tropical hops or dank old-school varieties into the whirlpool. The beers are all cousins, and there’s room for endless permutations. That’s what keeps Williams coming back to the style, batch after batch.

6. Harness your ADD
A move to a larger, more modern setup across town last year allowed the brewery to bring in a mobile canning line. By switching from kegs to cans, Hoof Hearted now moves nearly all of its volume through its own tasting room. That freedom allows the brewery to broaden its lineup exponentially; Williams buys blank cans and wraps them in new sticker labels whenever inspiration strikes. “I don’t want it to be boring for us, or for the customers,” he says. “I don’t feel totally obligated to make the same beer, just because it’s popular.”

7. Change the game
Williams leans on yeast strain variation far more than experimental hops to open up new IPA flavors. “Before, we were using a lot of California Ale strains, and our beers all tasted the same,” he says. Now, Hoof Hearted cycles through English, Belgian and Vermont strains regularly, choosing yeasts that punch up selected hop characteristics. The results are beers like Sidepipin’, a big farmhouse IPA that combines Saison yeast with fruity Southern Hemisphere hops, and Tub Life, a crushable marriage of Amarillo hops and Saison yeast.

8. Sour and salty are the new macro
In February, Hoof Hearted opened a new brewpub in Columbus’ Italian Village neighborhood. “We’re looking to get out of our comfort zone a bit,” Williams explains. The new pub will showcase experimental beers, like a kettle soured Rosé Gose. “I know Gose is super trendy right now, but […] those beers are, to me, what the macro lager would have been 20 years ago: You drink it and say, ‘This is refreshing, this is just what I need.’ We’re going to keep messing around with those beers.”

9. Grow a personality
As a brand, Hoof Hearted wraps itself in neon, spandex, big hair and cartoons. “It’s obviously pretty ridiculous and goofy, but I worked in the wine business for a long time, and I was sick of pretentiousness,” Williams says. “We want to make amazing beers, but beer is supposed to be fun. If these pop culture references and color schemes make you laugh when you see the beer on the shelf, […] well, the liquid inside is just as loud and obnoxious.” ■ 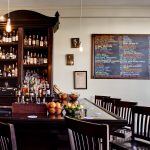 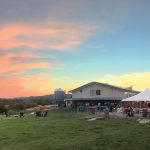