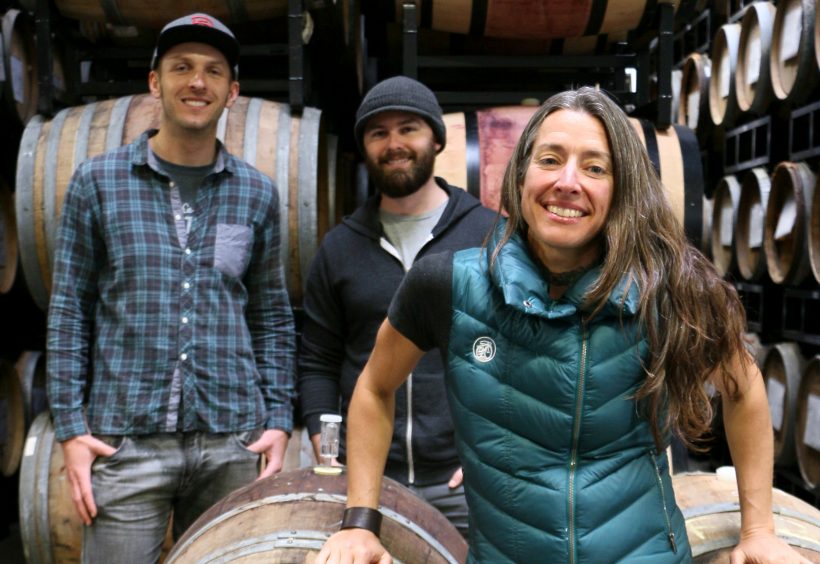 Last October, while they were busy preparing for The Rare Barrel’s second anniversary celebration in Berkeley, Calif., cellar manager Mike Makris interrupted co-founders Jay Goodwin and Alex Wallash. He insisted that they had to see this delivery truck.

What they encountered was a single empty wine barrel on a wooden pallet. And it left them speechless, with ear-to-ear grins. The timeworn oak vessel was none other than pH1, the rare barrel itself. Within minutes, the whole staff had gathered, cell phone cameras capturing the arrival of the perfect gift.

Today, aging beer in wine casks isn’t as exotic as it was in 1998, when a single barrel embarked on a journey that would span the course of American sour beer history. After French coopers from Seguin Moreau in the city of Cognac selected an old oak from central France and fashioned it into a 60-gallon barrel, a winery filled it in 1990, eventually selling it to a broker a few years later.

Colorado’s New Belgium Brewing Co. bought this container, scrawling “pH1” onto its barrelhead to distinguish it from several others. Belgian brewmaster Peter Bouckaert, then a recent hire, was to oversee the company’s Belgian-inspired brews. Based on his experience producing Flanders Red Ales at Rodenbach, he planned an experiment: American beers soured in oak.

As the experiments progressed, Lauren Salazar, head of New Belgium’s sensory panel, took charge of tasting in the wood cellar. She decided which barrels were ready to blend and at the Great American Beer Festival in 2000, La Folie, a beer named for a foolish endeavor motivated by love, won a bronze medal before the Brewers Association had judging categories for sour beers. pH1 had helped define the process and the target flavor.

By 2003, La Folie production was growing. Salazar tasted every wine barrel to make room for New Belgium’s first four foeders, much larger French oak vessels. She designated each barrel as a keeper, a blender or a give-away. pH1 was a keeper.

Within weeks though, Salazar noticed that several keepers were gone, including pH1. No one could tell her where her most dependable barrels were. Two years later, while attending a brewing course in California, she solved the mystery. Salazar and co-worker Cody Reif took a break from class to visit the Russian River Brewing Company. “We were there for hours, in the back playing washoes, when I saw pH1,” she remembers. “I was like, ‘Vinnie, what the heck?’”

Russian River co-owner Vinnie Cilurzo, who had no idea what the code meant, told her that Bouckaert had sent it along with two barrels earmarked for Tomme Arthur at Pizza Port. Cilurzo had filled his with a pale sour, destined to become a treasured spontaneous ale in the second batch. “She said, ‘Oh my God, you have pH1!’ [And] I didn’t know what she was talking about,” chuckles Cilurzo. “One moment she’s cursing Peter for giving pH1 away and [the next] she had tears of joy that it wasn’t cut up into planters.”

Months later, Salazar got a surprise package—a case of a wine barrel-aged American Wild Ale called Beatification. Cilurzo called to ask if she received it. After she apologized for not calling to thank him, he asked if she’d read the label. He prodded her to read the miniscule text around the border, which told the story of how she had greeted pH1, the beer’s secondary fermentation vessel, “as if it were her long lost child.” To this day, Salazar keeps a bottle on her desk.

Several years after that, Goodwin, then a brewer at The Bruery in Placentia, Calif., heard the tale. He and his former roommate Wallash marveled at one barrel having such influence on American sour beer. So they named their company-in-planning “The Rare Barrel” in honor of pH1, envisioning an annual blind tasting to determine each year’s best vessel in their cellar. 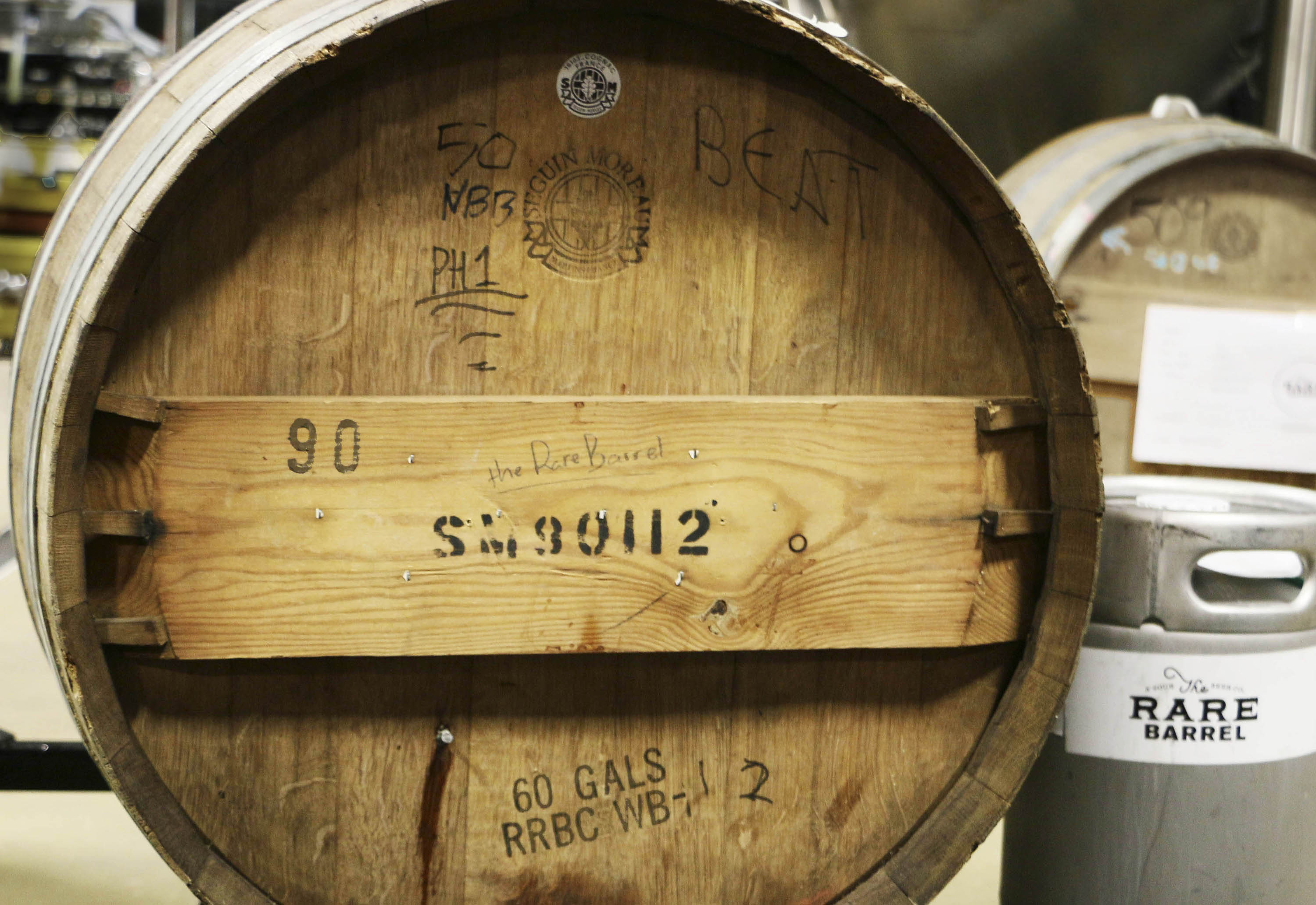 One day Salazar decided she wanted to blend with the Rare Barrel guys and called Goodwin, who she had met while teaching a sensory management class in Chicago at Siebel Institute. “I feel like I’m asking you to the prom, so try to be nice to me,” Salazar remembers saying. And then she popped the question: “Do you want to make a beer together?”

Goodwin immediately said yes. They would blend together, selecting from sours in New Belgium’s wood cellar. Salazar soon realized pH1 might be ready to use for the collaboration. According to Wallash, it was magical to see it for the first time. “It was almost like seeing a celebrity or a hero, somebody you look up to—and it was tasting fantastic,” he recalls.

The blend centered on the assertive dark cherry sour already inside pH1. After finishing the beer to be called “Err On The Side Of Awesome,” New Belgium’s wood cellar team took their California guests out on the town in Fort Collins. That evening, a side conversation among the Coloradans confirmed what to do next with pH1. Nobody said a word to Wallash or Goodwin.

Salazar put pH1 on a truck to Berkeley the next week. “You know, we anthropomorphize all these barrels anyway, they’re kind of kids,” she muses. “And it’s just kind of funny that this barrel actually has a life—a social life.”

“She’ll be super happy being back in the spotlight again,” Salazar wrote in a quick email to Cilurzo. “She’s a hambone and loves the attention. It’s funny how one silly day of friendship and delicious beer can have such a positive effect on others.”

“I’m really happy those guys got it,” adds Cilurzo. “They’ll do something special with it I’m sure. They have so much traction with the beer community now, I’m sure pH1 will get lots of attention.”

In the meantime, pH1 is busy in its new home at The Rare Barrel, quietly transforming a dark beer into another memorable creation. ■ 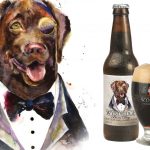 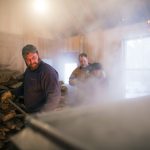