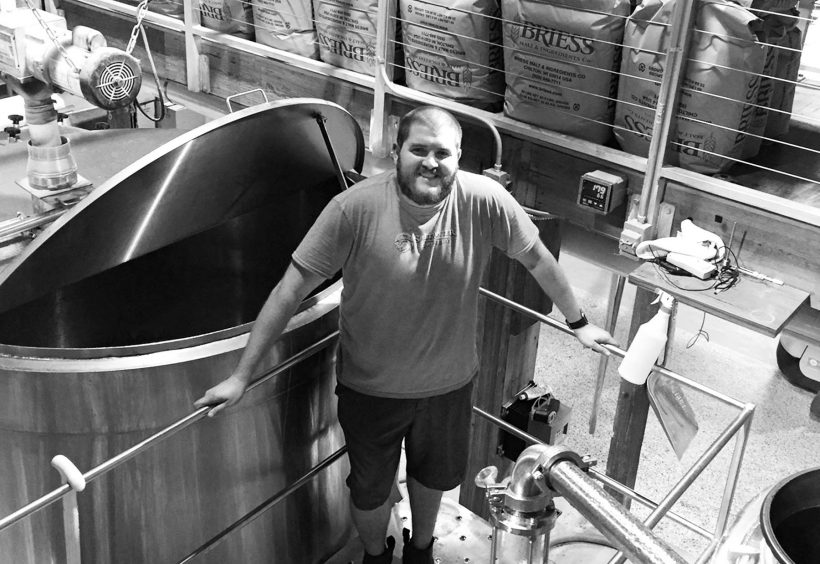 Dustin Jeffers has lived South Florida’s brewing evolution. When he arrived as a transplant from the Northeast, his go-to beers were as likely to come from his own kitchen as they were from a local commercial outfit. But in recent years, scores of newcomers have rapidly built a compelling, creative and diverse brewing scene in the Sunshine State. “Now, new people are popping up every day,” says Jeffers, who helped open Delray Beach’s Saltwater Brewery in late 2013. Saltwater embraces the competition. “It’s been a whole ‘rising tide’ thing. We have regulars who started off drinking light ale every day, and that’s as big of a beer as they could get into, and now they’re slamming IPAs and Imperial Stouts. We haven’t slowed down since we opened, we’ve gotten busier.”

1. Absorb the culture
Dustin Jeffers grew up in southern New Jersey, in the orbit of Philadelphia’s robust beer market, as part of a generation who never had to be sold hard on craft beer because they grew up surrounded by it. “I was spoiled,” he says. “I got to drink really good stuff all the time.” Whether it was his father bringing home a case of Arrogant Bastard from San Diego, or living down the street from the Willimantic Brewing Company while studying at the University of Connecticut, good local beer was always close at hand. And that made what came next all the more plausible.

2. Don’t think, taste
Jeffers’ early homebrewing days with his cousin and uncle essentially entailed recreating commercial recipes. “Either the final product turned out OK, or it didn’t, and you laughed at yourself,” he remembers. He stuck with it because it allowed him to create flavors that were more than the sum of their component parts. “I like adding stuff you don’t necessarily taste, but it’s in there, and you can’t put your finger on it, but if that one thing wasn’t in there, it would change the beer completely.”

3. Drop everything
Saltwater Brewery sprung into existence because a group of friends, and friends of friends, happened to have a set of skills (homebrewing, arts and marketing, business and beer distribution) that could be combined to form the backbone of a brewery staff. They also had access to the perfect location: a former farm and feed supply barn in Delray Beach owned by two of the co-founders. “It was being in the right place at the right time,” Jeffers says. “And we all dropped everything and started a brewery.”

4. Start somewhere
Saltwater brews a full spectrum of beers, from a light session ale and a dank IPA to robust Stouts, wild fruit ales and bright Belgians. “If you have beers that everyone will drink, you’re going to get people to have that first craft beer, and that will get them into others,” Jeffers says. “Everybody needs to start somewhere. Some of us came into all this by getting hooked on our first IPA, but others aren’t there, and we’d rather get those people started with our beers.”

5. Swing at the curveballs
Saltwater recently acquired a new canning line, and expanded into Tampa and Orlando. But the brewery’s growth has been slow and deliberate. That decision wasn’t just about building a deep base with Saltwater’s locals and dialing in recipes. It was about making sure the brewery’s crew could roll with every other curveball that comes with running a brewhouse. “All of us came from different worlds,” Jeffers says. “When you make beer, you have to be able to brew, but also be a mechanic, a janitor, an accountant, all this other crap.”

6. Turn it up
When Jeffers took the helm as Saltwater’s head brewer last year, he rebuilt Screamin’ Reels IPA, Saltwater’s flagship brew, from top to bottom. Since the brewery crew grew up under the influence of Stone IPA and Russian River’s Blind Pig, they took what was a malty, English-inspired IPA, and built it into the kind of dank, earthy, citrusy West Coast hop bomb that made them beer fanatics in the first place. “It’s huge additions of Columbus and Summit,” Jeffers says. “You get the grapefruit, the crazy awesome oniony dankness, and when you open a can, you smell it right away.”

7. Take pride in the small things
Every April, Saltwater hosts a festival built around dozens of permutations of its Belgian Tripel—last year’s even included a batch aged with waffles, maple syrup and coffee. But oftentimes, Jeffers’ job is editing, executing technically, and staying out of the way of his ingredients. “When I was homebrewing, I never thought I’d be excited about a 3.5 percent ABV light lager, but we’re more proud of that than our Imperial Porter,” he says. “There’s something cool about just playing with those four, simple main ingredients. It’s more old school.”

8. Put it on ice
Rich, full-bodied Stouts aren’t a natural fit for Delray Beach’s climate. But the Saltwater crew loves the dark, rich notes that Stouts exude so they’ve built Sea Cow Milk Stout as a slimmed-down, weather-appropriate version of the classic style. “There’s still the roasty character and smoothness, but not the bigger, heavy mouthfeel,” Jeffers says. He paints Sea Cow as Saltwater’s answer to an iced coffee—a bold, but quenching, hot-weather drink available year-round.

9. Mark your heritage
Saltwater ages beers on wood from sea grape trees, which blanket the Florida coastline. The wood adds subtle complexity to light lagers, and smooths out the rough edges on bigger, boozy concoctions. Plus, the uncommon ingredient is a marker of the brewery’s local heritage; it’s Saltwater’s version of Cigar City Brewing’s embrace of cedar wood-aging. “That’s our wood,” Jeffers says. “It grows up and down [Route] A1A. It’s for the locals.” ■ 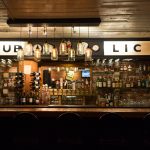 Previous: Public at the Brickyard in Wichita, Kansas 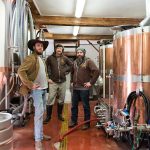