The Evolution of a Hobby: A New Era for Homebrewing Clubs 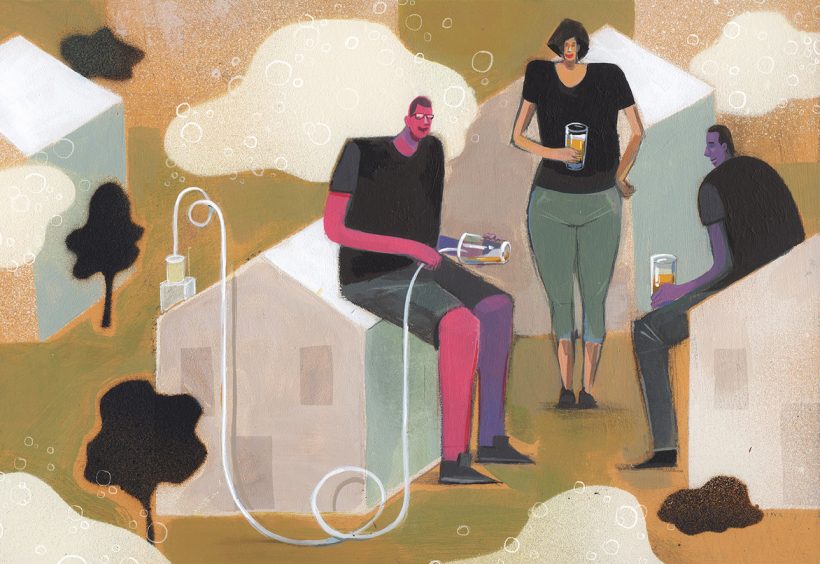 In the fall of 1813, an English expatriate named Joseph Miller and a Virginian named Thomas Jefferson established a friendship the way many people have throughout history: over beer. Miller, trained in the art of brewing, taught Peter Hemings, Jefferson’s slave chef, how to brew at Monticello, and in return, the third president of the United States lobbied for citizenship on Miller’s behalf.

“I have great esteem for [Capt. Miller] as an honest and useful man,” Jefferson wrote to Charles Yancey, a commanding officer in the Virginia militia. “He is about to settle in our country, and to establish a brewery, in which art I think him as skillful a man as has ever come to America. I wish to see this beverage become common.”

A little over a century and a half later, in 1978, homebrewing was federally legalized for the first time following the repeal of Prohibition. Since then, legions of beer drinkers have been brewing their own ales and lagers, and the pastime has evolved from a do-it-yourself niche hobby to a force to be reckoned with in America’s thriving beer culture.

“Homebrewers are every bit as good,” says Tim Cochran of the St. Louis Brews homebrewing club, a group that celebrated its 30th anniversary in 2015. “The quality of beer is as good as at a professional brewery.” Mike Rego, president of New Hampshire’s 25-year-old Brew Free or Die club, concurs. “Some of the beers [made by homebrewers], you’d be amazed by the quality and drinkability of them,” he says.

That quality can be attributed to the fact that over the course of the past four decades, the hobby has evolved. This is in part due to more sophisticated equipment, an increase in the accessibility of ingredients, a growing body of information on the subject and a greater acceptance and appreciation of beer and brewing by society in general.

“Biggest change? Legalization. Other than that—everything,” says Drew Beechum, a BeerAdvocate columnist and a member of California’s 42-year-old Maltose Falcons. “When the club first started, it was all hush-hush ‘damn the man’ type stuff. The Falcons and a few other clubs banded together to push for state legalization and then for federal legalization.”

Much of the credit for homebrewing’s evolution begins with ingredient quality and availability. Amateur brewers, no longer relegated to shopping at poorly stocked homebrew shops and strange hydroponic stores, have access to specialty grains, in-demand hops and a wide variety of yeast strains. Gone are the days of corn sugar and hop-flavored malt extract kits. They can buy in bulk. Homebrewers today can even buy oak barrels for aging their beer. “Everything we get is top notch,” says Cochran.

That wasn’t the case early on. “If you read our early newsletters you can see them figuring out techniques, how to build equipment, dealing with lousy ingredients and figuring out what styles of beer were actually out there,” Beechum says. “There were days when shops would sell stale extract and a very limited amount of hops,” adds Rego. “Now we have access to everything, even the experimental stuff.” Plus, hobbyists can use everything from plate chillers to wort aeration systems to improve their results.

Meanwhile, beer as a beverage has benefited from a promotion in the eyes of the drinking public. In the past, beer resided a level below wine in terms of sophistication, seriousness and acceptance. That’s simply not the case anymore. “People take beer just as seriously,” says Dan Hall, a founding member of Brew Free or Die.

Homebrewing clubs have also fostered some of the world’s more talented brewers. Hundreds of acclaimed professionals began their career tinkering with recipes in a cramped kitchen or a drafty garage. And the footprint of homebrewers who have “gone pro” is visible nationwide, from Mike Robinson of Newburyport Brewing Co. in Massachusetts to Mitch Steele at Stone Brewing in California and John Maier at Rogue Ales in Oregon. Dave Miller, the first head brewer at Missouri’s Schlafly Beer, was the founding member of St. Louis Brews.

In fact, according to Beechum, nearly everyone knows a homebrewer today. Rego and Hall both laugh when asked if people are less afraid to try their homebrew now than, say, 15 years ago. “There’s way more enthusiasm for beer [now],” says Hall.

The American Homebrewers Association currently counts more than 46,000 members in its organization, but that’s just a drop in the proverbial carboy, as estimates suggest that the number of homebrewers in the US alone is well over a million. Cochran of St. Louis Brews explains that in recent years, membership has “started to grow immensely,” adding that the club has partnered with Modern Brewery to be able to have a larger meeting space, which has helped to foster friendliness between the two. Eight other clubs have also emerged in the greater St. Louis area to meet demand.

Brewing isn’t just for the boys anymore, either. Cochran says that an influx of female membership within the St. Louis Brews prompted the women to branch out to form an all-women’s homebrew club. Meanwhile, at New Hampshire’s Brew Free or Die, couples make up about 50 percent of the total membership.

“We’re over a million strong and the number keeps growing,” says Beechum. “It’s fairly damn awesome.” No matter how large the ranks swell however, this is a hobby that all comes back to a simple formula: brewing, tasting, learning and forming friendships. ■ 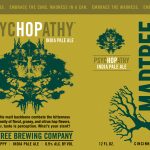 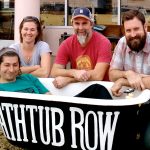