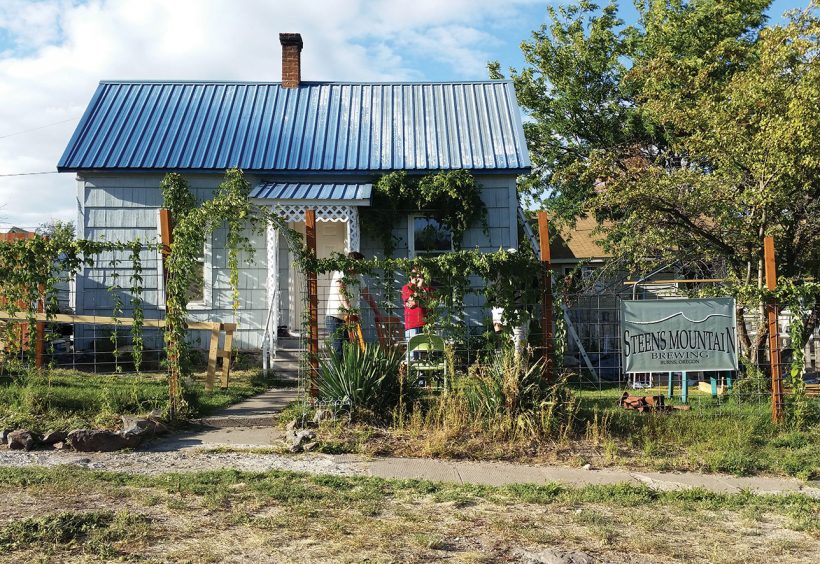 Photo by Jon Abernathy and Sherri Abernathy for The Brew Site

Over a glass of McCoy Creek Scottish Ale, one of the flagship beers at Steens Mountain Brewing Company, owner and head brewer Richard Roy contemplates the brewery’s first year. “It really was the cart before the horse,” he says.

Located in Burns, a tiny town in rural Oregon, the brewery is one of the smallest in the state; its first 12 months’ beer production barely exceeded 20 barrels. “Some people want everything perfect. Our goal was never to be perfect, it was to get open. And that’s how we did it. Things went much better than I thought.”

Steens Mountain launched in October of 2014 in a historic house near downtown Burns that dates back to 1890; the front room serves as the tasting room, while the kitchen holds Roy’s 21-gallon brewhouse. It’s essentially a large homebrewing setup, with propane burners and gravity-fed kettles propped up on cinder blocks. An old refrigerator serves as cold storage for the hops and other ingredients. The fermentation room is a cool space behind the tasting room, filled with 30-liter plastic fermentation buckets in varying stages of becoming beer.

The brewing operation is a family affair: two of Roy’s oldest sons, Andrew and Kinnon, serve as assistant brewers. His eldest daughter, Carley, creates label artwork, and his daughter-in-law Baryl handles marketing and communications. Long-term growth is on Roy’s mind. He’s planning a Kickstarter crowdfunding campaign to expand the brewery to a full 1-barrel system. But he’s also kicking around ideas like opening a traditional Irish-themed pub in downtown Burns, and helping to set up small-scale hop and barley growers and malting operations in a bid to diversify the local economy.

Land of Opportunity
As many regional breweries expand distribution and big corporations continue brewery buyouts, a yearly sales figure of 21-plus barrels might seem like an odd thing to be optimistic about. But consider geography: Steens Mountain is one of only two breweries in all of southeastern Oregon, a huge swath of territory that includes Oregon’s three largest counties (the other is Beer Valley Brewing Co., 130 miles east on the Idaho border). Harney County, home of Steens Mountain Brewery, is the state’s largest county and larger even than six US states (albeit sparsely populated with only an estimated 7,100 people).

Burns, population 2,729, is the biggest town and the Harney County seat. The nearest large city is Bend, itself a beer destination with 22 breweries and counting. To get to Burns, drive east on Highway 20 across 130 miles of high desert, through a lonely landscape of juniper trees, rimrock bluffs, sandy buttes and sagebrush flats. Remnants of old homesteads dot the landscape: a broken windmill, or a leaning shack, weathered wood stripped bare and exposed to the elements, an echo of the hardscrabble struggle for life settlers faced a century ago.

The region’s history mirrors that of much of the rural West, shaped by ranching, homesteading, mining and, during the 20th century, logging. Harney County was catapulted into the national spotlight in January, when armed militia representing radical ranching interests took over the Malheur Wildlife Refuge, just 30 miles south of the brewery. With experience in government land management, Roy took a firm stance against the militia, posting a hand-painted sign outside the brewery that read “Militia take your keystone and go home,” and brewing two beers, Harney County Strong IPA and a Gruit made with local honey, dubbed LEO, in support of law enforcement officers.

Into the Wild
There’s more than scarcity that makes Steens Mountain’s beer unique. Roy picks up most of his ingredient and equipment needs at The Brew Shop, a homebrew supply store in Bend. When it comes to the hops, however, the Steens Mountain beers are truly local: most are brewed with heirloom hops Roy has discovered in the wild. Some grow on abandoned homesteads, others on ranches and along people’s fence lines. As far as anyone knows, the hops have always been there. “No one can remember when they first showed up,” says Roy.

Although Roy is secretive about the sources of his wild hop plants, the fenced yard outside of the brewery now boasts nine varieties. Names like “North Fork,” “Homestead,” “Mustang” and “Kiger” reflect their local origins. (The true varieties are long unknown at this point.) The transplanted bines are thriving—having adapted to the Eastern Oregon environment, they grow ample and full.

And there are plenty of hops to be collected from Roy’s hidden spots in the high desert; on a visit to the brewery in the early fall of 2015, fresh, green hop flowers harvested from a secluded canyon location were laid out in a long drying rack just outside the brewery, and more were spread out on a blue plastic tarp in the tasting room.

Roy uses the wild hops in nearly all of his beers. McCoy Creek Scottish Ale and Lone Pine American IPA, flagships brewed year-round with commercial hops, are the exceptions. Another flagship, Harney Valley Ale, is popular at The Pine Room, a local restaurant that dedicates one of its eight taps to the brewery. “Harney Valley Ale always sells out within three days,” says owner Bill Andersen. “It sells like hotcakes year-round.” Keeping a Steens Mountain beer on tap allows Andersen to offer a local brew when tourists dine at the local joint, too.

Despite its small size, Steens Mountain keeps the community well stocked. Besides The Pine Room, its beers can be found at local restaurants and hotels, and bottles are available at Reid’s Country Store and Big Bear Lodge. The brewery has been a central fixture at the annual Burns Brewfest and even ventures to Bend for the occasional beer tasting event. “We had a tasting here down in the pub,” says Jeff Hawes, co-owner of The Brew Shop and its basement bar The Platypus Pub. “It was really well attended and people enjoyed his beers. He’s doing a great job over in Burns.”

Although Steens Mountain can stand up to competition in crowded beer towns, don’t expect to see the beers too far from home. For Roy, the focus is on serving Harney County first and foremost, and bringing the drinkers to Burns rather than sending the beer away.

Buena Vista Mexican Dark Lager: Think Vienna Lager in the Mexican tradition; this is malty and rich with a clean finish and a low, Noble hop profile. 5.0% ABV

Whorehouse Meadows Wheat: A yeasty, unfiltered Wheat Ale more akin to the American style with a nod toward its German heritage, brewed with orange and grapefruit peel. 5.0% ABV

Outhouse Oatmeal Stout: Named for (and brewed with) hops found growing on an ancient outhouse, this Stout leans dry and roasty. 4–5.0% ABV ■ 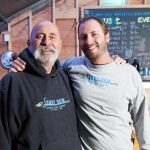 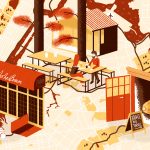