Where to Drink in Queens, New York 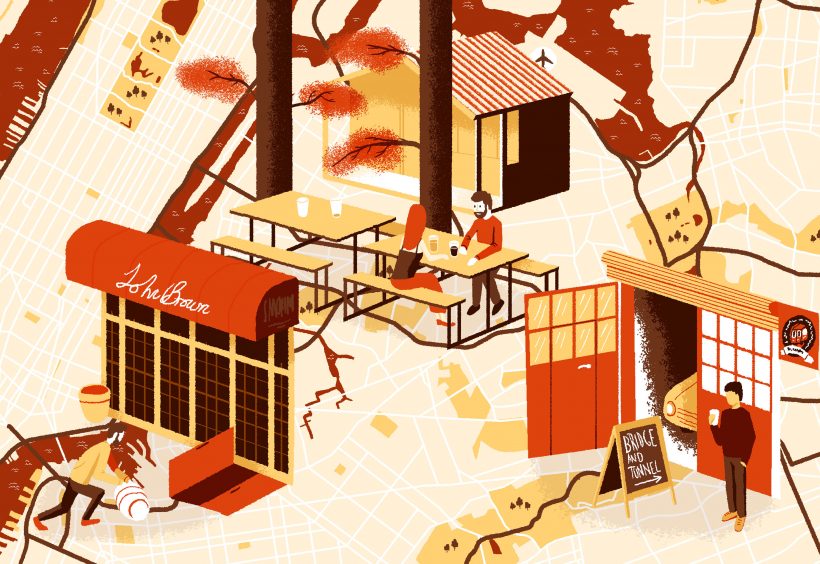 Queens has developed a strong beer scene in recent years, a feat largely propelled by an impressive group of new breweries to open in New York City’s largest borough.

Before this current period of production prosperity, however, the region was defined by what it lacked; Queens had no breweries for over 60 years. The last was E. & J. Burke, Ltd., located in Long Island City. The brewery, also a longtime distributor of Guinness in the US, was eventually acquired by the famous Irish brand and operated until 1954.

But that dark era has emphatically ended, and now one of the world’s most ethnically diverse places—nearly half of the population of more than 2.3 million are foreign-born, representing over 120 countries and speaking more than 135 languages—is home to a community of eight beermakers, each varying in size and style and nearly all featuring busy tasting rooms to visit.

The surge started with Rockaway Brewing Company in the summer of 2012. It has been overwhelmingly welcomed: Since launching their beach town-evoking brewery in Long Island City, Ethan Long and Marcus Burnett have quadrupled production and recently began building a second facility in Far Rockaway, where the surf-loving duo started homebrewing together. (Rockaway’s Black Gold Nitro Stout is a nod to the history of Guinness in Queens.)

There are also others within the borough’s 109 square miles: SingleCut Beersmiths, specializing in lagrrrs!—or lagers, for the uninitiated—as well as other musically themed brews; Bridge and Tunnel Brewery, which launched from a 150-square-foot garage behind the owner and brewmaster’s residence in Maspeth before expanding to Ridgewood; and Finback Brewery, located in a massive 13,000-square-foot warehouse in Glendale, suitable for its burgeoning barrel program and limited packaged releases, from canned IPAs to bottled Imperial Stouts.

Queens has always been a prime place to experience facets of many different cultures, with major attractions like the Unisphere and the Queens Museum serving as two prominent examples. (Last year Lonely Planet named the borough a top tourist destination, too.) Thanks to a diverse and growing collection of brewers and bar owners, Queens is now a destination for beer-thirsty travelers, too. In addition to headquartering SingleCut, Astoria, bounded by the East River in the borough’s northwest, offers the highest concentration of bars and beer-focused restaurants of any neighborhood. Queens Kickshaw ambitiously serves coffee via pour-over and cold-brewed processes, esoteric ciders (the owners also operate Wassail, a Manhattan bar dedicated to the resurging beverage), cocktails and fanciful grilled-cheese sandwiches alongside a thoughtful beer program of four diverse drafts and around 30 bottles. Kickshaw was also the first to sell bottles from ICONYC Brewing Company, Queens’ newest brewery in Long Island City.

Sunswick 35/35, also in Astoria, was one of the area’s first to showcase beer from craft breweries. The no-frills bar hosts weekly trivia and bingo events and the 24 taps represent local favorites like Transmitter and Big Alice.

A revered link to the community’s past that attracts patrons with pitchers of European beers and a vibrant atmosphere, Bohemian Hall and Beer Garden was established as a social center for Czech and Slovak immigrants in 1910. Decorated with flags, the interior’s main bar is a relic seemingly untouched by time, while the walled outdoor beer garden offers a spacious tree-canopied sanctum, where groups sitting at picnic tables hoist steins of Pilsner Urquell, Staropramen and BrouCzech. Don’t miss the menu of traditional Czech and Slovak foods like svíčková, roasted tenderloin slathered in vegetable gravy and served with dumplings.

At the two locations of Astoria Bier & Cheese, a slew of cheeses are sold individually or utilized for a menu of house-made sandwiches (The Spaniard combines serrano ham, manchego, piquillo peppers, sherry vinegar and olive oil on a baguette). More than 300 bottles and cans are available to-go or to consume on-site; and taps labeled with quirky, staff-drawn artwork behind a marble-topped bar pour mostly local beers like Finback’s Double Sess(ion) Wit.

Nearby, a selection that squashes most of the borough’s specialty shops is surprisingly found in a local supermarket. At C-Town, two steel shelving units are stocked to the ceiling with over 500 bottles from the likes of Fantôme, Cascade and Grimm. Its existence raises a difficult question for shoppers: grapefruits or a six-pack of Ballast Point’s Grapefruit Sculpin?

A tiny bar nestled among a row of townhouses, Crescent & Vine is perfect for a nightcap in Astoria. The shoebox-sized space is intimate—candles, a smattering of tiny tables, exposed brick and a restored tin ceiling—and its dozen drafts vary considerably; five-ounce pours of obscure international brews like Bayerischer Bahnhof’s Leipziger Lavandula Juniperus Gose are presented alongside SingleCut’s 19-33 Queens Lagrrr! and other local flagships and seasonals.

And any trip to Long Island City must include Alewife, a bi-level bar offering 28 rotating drafts, Instagram-worthy bottles and stellar events. Nosh on Kansas City-style barbecue lovingly served alongside eight drafts and more than 30 bottles in a down-home setting a few streets away at John Brown Smokehouse.

Ridgewood is home to Bridge and Tunnel’s new facility, as well as two nascent bars, each dedicated to serving the beers of a different European country. In a cozy setting refreshingly absent of televisions, Cafe Monk offers an array of Belgian styles via eight drafts and roughly 30 bottles—plus all pours are served in appropriate glassware. Although Bierleichen translates to “beer corpses,” a lighthearted reference to the paralytic partygoers at Oktoberfest who litter the floor of the festival’s fairgrounds, this Ridgewood bar is a lively spot showcasing German brews to a heavy-metal soundtrack. A menu offers classic beer food like bratwurst and sauerbraten, and there is outdoor seating, though commandeering a communal table within the bare, industrial-style interior is arguably a more fitting way to consume a liter-size pour of Gaffel Kölsch.

Adjacent to the neighborhood’s Long Island Rail Road station, Forest Hills Station House pours 16 rotating taps and, for the adventurous, offers membership to a beer club once 100 different types are consumed. Another adventure: ordering a deep-fried Snickers to pair with an after-dinner Milk Stout.

Those searching for made-in-Queens homeruns in an alternative venue can also visit Citi Field in Flushing, home to Major League Baseball’s New York Mets. The stadium has recently sold beers from Rockaway, LIC Beer Project and Queens Brewery (production for the latter is currently contracted to Olde Saratoga Brewing, though a brewery in Ridgewood is planned) and its local menu—similar to the Mets’ record—seems to improve with every season. ■ 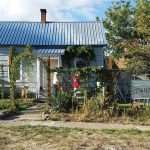 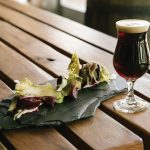