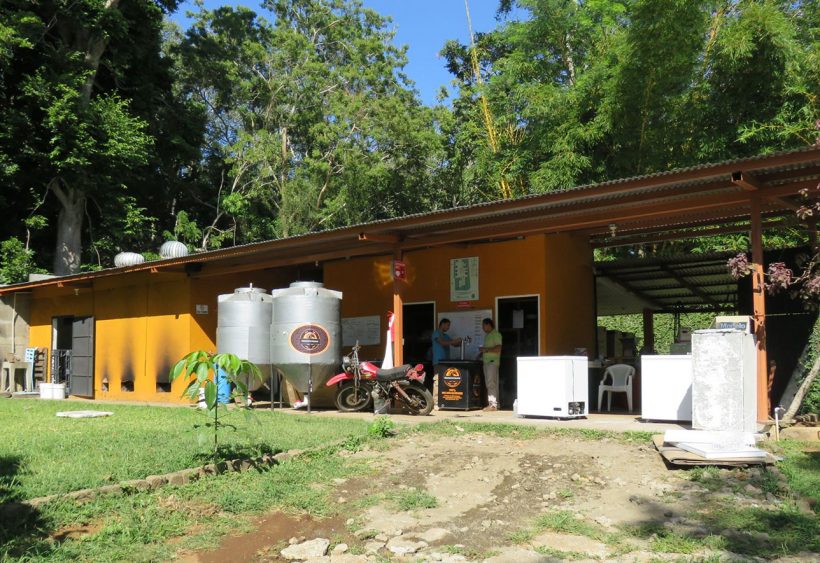 The secret behind the largest craft brewery in Nicaragua is that it’s not really about the beer.

Of course, Compañía Cervecera del Moropotente’s three releases—a Blonde Ale called 19 Días, Lado Oscuro, a Stout and a seasonal Pale Ale called Wanky Yang—are the most drinkable, well-made beers in Nicaragua’s nascent craft brewing scene. They are also the only beers in the entire country available on draft, via two-tap kegerators that the brewery constructs itself and leases to bars. Plus, the brewery is filled with proprietary, small-batch brewing equipment designed and built in-house.

But all of that is almost beside the point for co-founder Jose Marcel Sanchez.

To him, Moropotente is all about creating what he calls bienestar, or wellness. Wellness not just for his owners, suppliers, clients and employees (who along with a salary well above the national average of $30 a month get health insurance, technical training, free school tuition and meals from food grown on the property), but also for the people of his country, which is one of the poorest in Latin America and suffers from a severe lack of opportunities.

“We’re human beings serving human beings,” Sanchez says. “Our company’s story is one of hope and we need to tell it because there is not a lot of hope here.”

Sanchez knows all too well how hard it is, even for those who are skilled and educated, to make a living in Nicaragua. He was a standout scientist while still an undergrad and became the government’s sole choice for a postgraduate fellowship in molecular biology at the University of Washington in Seattle. Upon returning from his studies abroad, however, he struggled to find work in his field, eventually settling for shifts at a call center because he spoke perfect English.

When his father had a heart attack not long after, Sanchez decided it was time to start his own business. Through money he made in the call center, he obtained a loan and opened several medical testing labs in Matagalpa, Managua and Jinotepe. Then, with help from his brother-in-law, Eduardo Mendieta, he turned his homebrewing hobby—inspired by beers he drank in Seattle—into Moropotente, which officially opened in 2014.

“My basic training was as a scientist and the only goal of science is to create bienestar for humans, and I believe that companies should be the same,” Sanchez says now, noting that in the last six months Moropotente has doubled its staff and number of accounts. “I always say, we don’t brew beer, we brew inspiration. We want to transmit the message to other companies in Nicaragua to show them that they can make a difference.”

Moropotente’s Dolores brewery, then, is more than a brewery, it’s a classroom, workshop, laboratory, working farm and more. On staff, Sanchez has electrical technicians, cooling-system experts, construction workers and even out-of-work lawyers, all of whom are learning through weekly training sessions and employer-paid courses to earn certifications and more technical skills.

All of the equipment inside the brewery is custom, designed and built with whatever is on hand to control (with scientific precision) the consistency and quality of Moropotente’s main products. Sanchez is in the process of patenting his progressive technology; in the meantime, to protect the intellectual property, the rare visitor allowed inside isn’t permitted to take photos. “We are the only brewery in Central America that builds its own technology,” Sanchez says, proudly. “We built our own fermentation systems. We built our own bottling line. We built our own kegerators.”

While other Latin American countries with more Western ties have embraced craft brewing with gusto in recent years (see: Mexico, Brazil, Costa Rica and Panama), in Nicaragua, it’s still very new. La Estación, the country’s first dedicated beer bar, located inside a house in the capital city of Managua, only opened its doors last November. Since then, it’s been a magnet for customers craving more flavor than Toña, the national lager.

“It’s a brand new market, craft beer,” says Carlos Macias, co-owner of La Estación. “It’s less than a year old. But it’s not just about selling the beer. It’s about telling the story behind it, who made it, the history behind the name and how the production is done. That’s the important part—that we can give people knowledge about what’s in their glass.”

So far, not many of the beers sold at La Estación are Nicaraguan, but with six breweries in the country and counting (a brewpub in the surfing hub of San Juan del Sur and four small backyard operations with minimal distribution), a movement is slowly beginning to mount. The brewers are talking about forming a guild and beer bars are opening outside of Managua. Even upscale restaurants are frequently advertising their limited offerings of local cerveza artesanal.

“[Countries like] Costa Rica might have a bigger market for craft beer, but for me the innovation is not that we’re brewing beer,” Sanchez says. “The innovation is in the way we are doing it and how on a small budget you can start a brewery in a kitchen and in three years get to where we are now, with a business model that has humans as the center of their interest.” ■ 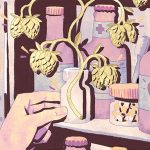 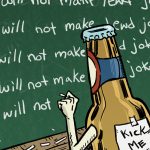