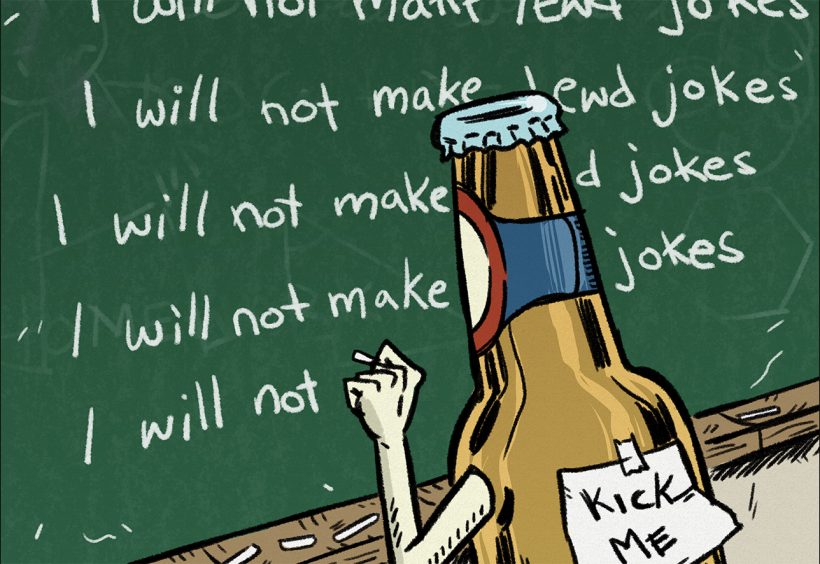 This wasn’t supposed to happen. Led by a ragtag bunch of happy, bearded revolutionaries patching together used dairy equipment in long-vacant industrial garages, small brewers never expected to get so big. Hell, many thought they’d never even be in business more than a few years. And then something weird happened: Americans fell in love with flavorful beer.

Micro is a name rooted in the past but the ethos stuck. While every craft brewer is tiny compared to the macros, their operations no longer resemble those ramshackle operations on the outskirts of town. Despite substantial changes in both the public’s perception of craft brewers and the sizes of their own operations, many small brewers can’t seem to mentally transition in a way that matches the professional development of their circumstances.

Imaging has never been top of mind for small brewers, fighting as they often do to merely survive. In place of thoughtful branding, small brewers instead relied heavily on cheap puns, questionable imagery and salacious appeals. In trying to distinguish themselves from the slick packaging of their corporate competitors, small brewers unintentionally mimicked the macros’ often tasteless ad campaigns.

The craft brewing industry still suffers from a serious cleverness deficiency. Beyond the seemingly endless stream of lame but harmless hop puns or Nut Brown Ale jokes, its male-centric culture tends to favor label and brand appeals that are often borderline offensive and hard to comprehend for products meant to be physically consumed. It isn’t difficult to find dozens of beers waggishly referencing various slang words for male or female body parts. Others go further, roguishly joking about gender, sexual identity, race or national origin.

This isn’t hypersensitivity or political correctness. At its best, craft brewing stands for openness, welcoming anyone interested in flavorful beer. While superficially these label and brand appeals appear fun or were so intended, it takes little effort to uncover their lack of awareness about the perspectives of others. In reality, craft brewing is an insular world. It’s largely rich, white and male. For proof, look no further than any beer festival or meet-up. Or just check out any promotional industry photo released by the Brewers Association.

Despite the clear value in welcoming outsiders and newbies, our behavior and messages often send signals of exclusion. The first way many potentially interested consumers interact with beer brands is through labels, tap handles, and point of sale materials. Slogans, imagery and appeals joking about breasts, dicks, vaginas, crapping, bestiality and ejaculation are awesome if we’re trying to sell beer to seventh-grade boys. But I’d like to think that even the most immature of fan boys, after a quick chuckle, think such attempts are pathetically juvenile.

If craft brewing wants to extend its audience beyond the traditional market of youngish, wealthy dudes, then it should encourage its more adolescent-obsessed elements to grow up a bit. To call out any particular brewery or beer here would only give it greater attention, which is perhaps the point of these efforts. But we all know such brand immaturity is rife in the industry.

Beyond the rampant childishness, sexism and occasional borderline racism, these labels are most often just unfunny, cheap and lazy attempts at humor that would’ve been laughed out of any comedy writers’ room. Small brewers can and should do better. Be clever. Don’t just slap an old, boring Amber, IPA and Stout label on your brands, try and actually take your branding to a new level, hopefully elevating the image, public perception and appeal of craft brewing in the process. ■ 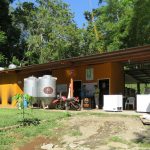 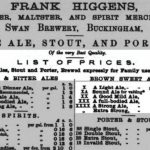