Pure, Not Simple: German Brewers Experiment Inside the Reinheitsgebot’s Boundaries 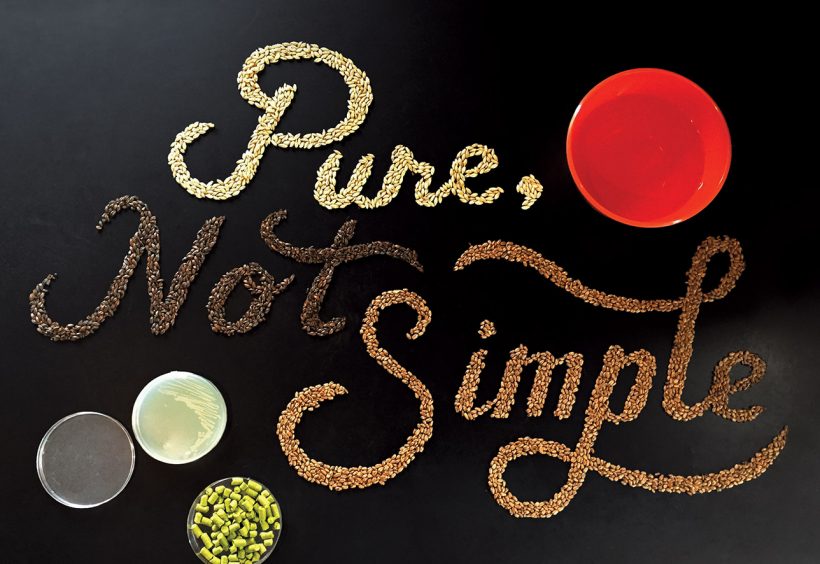 In the US, Andreas Gänstaller’s devotion to his coolship would place him in the brewing avant-garde. In Franconia, Germany, where he lives and brews, it just makes him old-fashioned. Not that he cares. “Before I worked only with a whirlpool [for late-hopping],” he says. “But after two or three batches I fell in love with the coolship. You get a very clear taste, the beer is so smooth. It makes better beer.”

That coolship, a relic of the previous owners of Gänstaller’s brewery in Schnaid, exemplifies his approach to brewing. It brings together tradition and innovation. Like any number of modern brewers, the owner of Gänstaller Bräu loves to experiment—but unlike most of his foreign contemporaries, Gänstaller is committed to the Reinheitsgebot, the 500-year-old German purity law that dictates what ingredients can be used (malt, hops, yeast and water, essentially, although the modern law, updated in 1993, has a number of loopholes).

Gänstaller, 54, is the flag-bearer for a new generation of southern German brewers who are experimenting within the boundaries of the modern beer law, but he isn’t alone. This phenomenon is most obvious in Franconia, Bavaria’s northern third, where there is a strong traditional culture that embraces a greater variety of styles than elsewhere in Germany.

“Franconian brewers have become more experimental over the past few years,” says Norbert Krines, co-author of the recently published Der Craft Beer-Führer Franken (The Franconian Craft Beer Guide). “There’s a generation of brewers who have learned about international beer styles during their studies and who want to brew these new styles at home.”

Some brewers, adds Krines, make beer that flouts the purity law, but many more are committed to making varied beer within its strictures. In the Reinheitsgebot’s heartland—which covers Bavaria and Baden-Württemberg, Germany’s two most southerly states—there is a passion for the law that belies the common perception overseas that it stifles innovation and exists purely as marketing for mediocre industrial products. Few there would agree with the assessment Stone Brewing’s Greg Koch gave the Financial Times earlier this year: “It’s an antiquated, oppressive restriction of freedom and creativity and it has zero to do with quality,” he said.

Among the law’s most noted defenders are brewers like Andreas Dorn of Brauerei Wiethaler, who brewed a “Franconian Witbier” using hops (including Mandarina Bavaria and Huell Melon, both German varieties) to imitate the flavor of orange zest and coriander, and Karl-Heinz Wehrfritz of Staffelberg Bräu, who produces a variety of beers, from simple classics like a pale Bock (made with Pilsner malt and Hallertauer Tradition) to English-style Stouts and American IPAs.

Wehrfritz, 48, got a taste for different styles of beer traveling around Europe, but it’s his former life as a butcher that informs his view on the Reinheitsgebot. “For me, the Reinheitsgebot is not a barrier,” he says. “I used to be a butcher, and you can’t put everything in the sausage. It’s like that. There’s so many things you can do with malt and hops.” His more experimental beers are all sold on site: “Some customers are open to new beers; they ask me what is new, but many people say that it is too much. It’s not that normal [to produce such beers] here.” 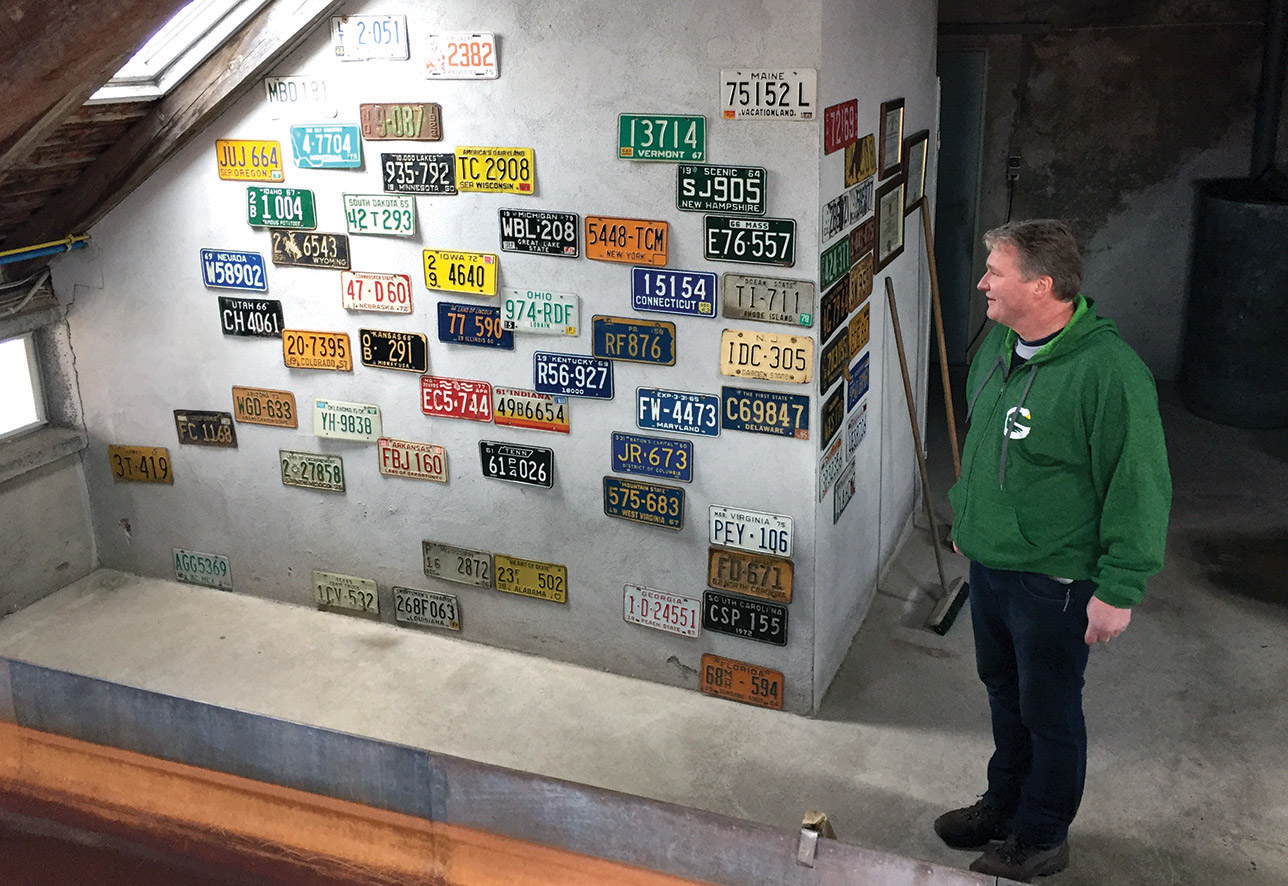 Andreas Gänstaller with his collection of license plates. | Photo by Will Hawkes

A trip inside Staffelberg’s 1970 brewhouse is educational. In the fermentation room, an IPA sits in an open fermentor next to a lagerbier and a Pils. Wehrfritz uses both bottom- and top-fermenting yeast; for a recent Red Ale, he used a combination of three different strains: Biere de Garde, Weizen and a strain from another local brewery. “I made a potpourri,” he says with a smile.

Purity law aside, hops are perhaps the most popular way of demonstrating an open-minded approach to brewing, wherever you are in the world. In southern Germany, Schneider & Sohn blazed a trail in 2007 with a Brooklyn Brewery collaboration called Hopfenweisse, and others have followed. At Greifenklau in Bamberg, Sigmund Brockard—the owner’s 31-year-old son of the same name—runs an annual festival in which 10 kegs of the brewery’s autumn Bock are dry-hopped with 10 varieties from around the world. This year, that included Ella and Vic Secret from Australia, Chinook and Lemondrop from the US and, closer to home, Mandarina Bavaria.

“Our customers love it,” he says. “They wait for it each year. I think we’ve done it now three times, and it is getting more and more well-known. This is my way to show our customers how a change in hops can change a beer.”

Brockard got married earlier this year and produced two beers for the occasion: a traditional Pilsner and an “extreme, sparkling wheat beer with a very thin body like a Champagne” that is made with two different yeasts. Both brewed to the Reinheitsgebot, of course. “I think you can do a lot of things within the law,” he insists. “I love to taste different beers all over the world, which are not in the law. But I only brew in the brewing law. I think you should be able to brew what you want, but the end user has to be absolutely sure about what is in the beer.”

Andreas Gänstaller’s approach to brewing, meanwhile, is clearly influenced by what’s happening on a global scale. He is fascinated by the US; on the wall in the attic containing the coolship, there are license plates from each American state, arranged geographically (so Maine is on the top right and California on the bottom left).

His brewery, though, could not be more Franconian. The equipment comes from Kaspar Schulz, of Bamberg, the malt from Weyermann and Bamberger Malzerei, the city’s competing maltsters. The brewery is on multiple floors, with malt at the top and lagering tanks (repainted from white and yellow to green by daughter Daniela, 26, who recently completed her brewing qualifications: “It’s my favorite color, like hops,” says her father) in the basement. “With old buildings like this, you are always fighting with mold,” he adds, slapping one of the meter-thick outer walls. (It’s a fight he’s clearly winning; the brewery is spotless.)

If the brewery is traditional, though, the beers are not. Perhaps most notable is Affumicator, a 10.2 percent ABV smoked Double Bock, but there’s also a Double Weizenbock—late-hopped with Citra—and “Black Goosestaller,” a Baltic Porter made with nine different malts. “You can brew lots of different beers within the Reinheitsgebot,” says Gänstaller. “The problem with German beer isn’t the purity law, it’s that a lot of brewers just don’t want to experiment.” 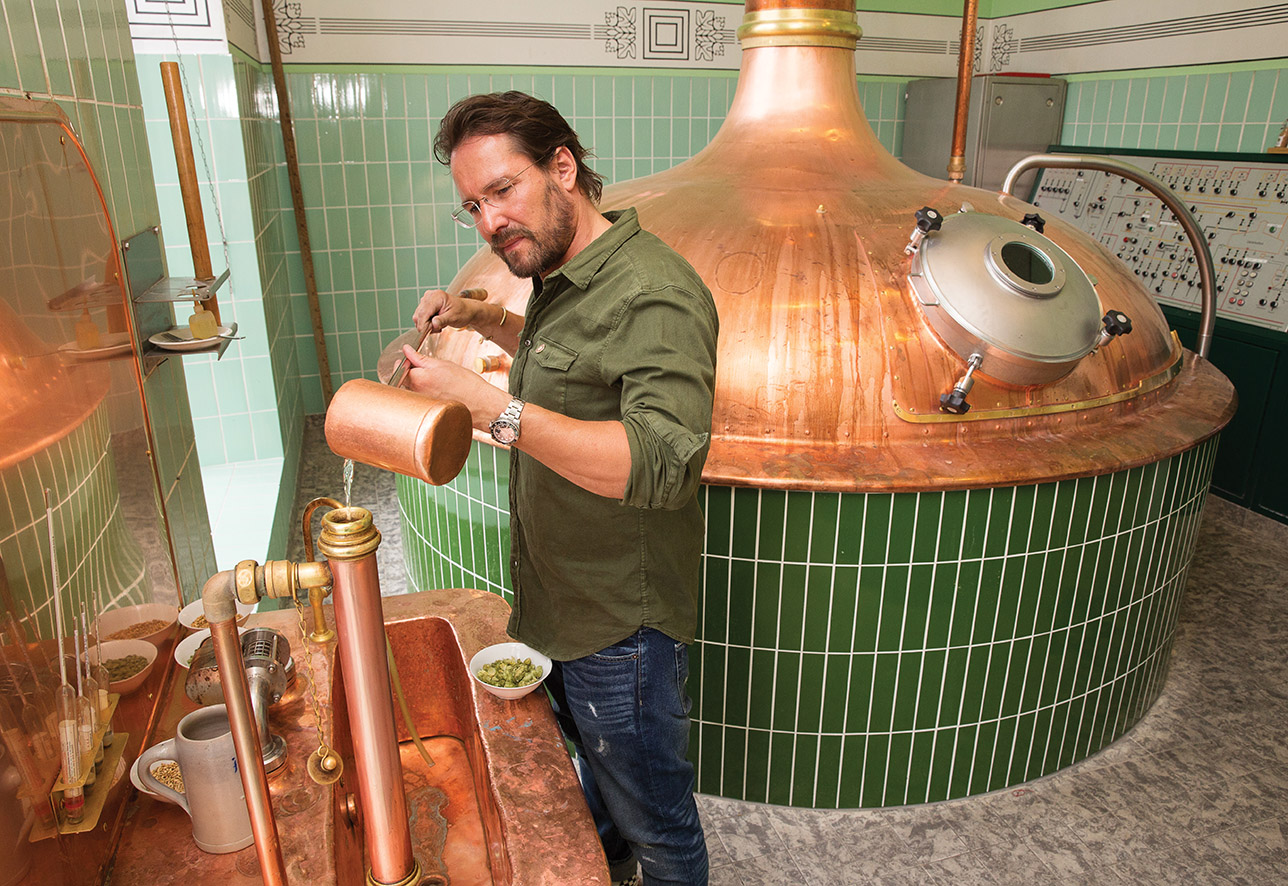 And, it appears, many German drinkers are wary of new things. Gänstaller sends more than 95 percent of his beer overseas, to Italy, Scandinavia and now the US (where it’s imported by Shelton Brothers). One of the few places to stock Gänstaller’s beer in Franconia is Bamberg’s Café Abseits, a humble locals’ bar that boasts one of the most diverse beer lists in the region. “Brewers like to try new things but the customers are resistant,” says manager Gerhard Schoolman. “They’ll try the experimental beer, but then they’re back to the traditional one.”

According to Krines, it’s a matter of taking things slowly. “People try new things here but it has to be somehow traditional,” he says. “If you brew beer with exotic flavors many people are less open minded. They would say: ‘That doesn’t taste like beer!’ People like to try new beer—as long as it is not ‘too different.’ You have to make quiet changes, small steps, you can’t overrun people.”

Things are changing, though, and that includes the Reinheitsgebot itself. One of the most interesting things about visiting southern Germany is you soon begin to realize that foreign perceptions of the purity law—that it’s a monolithic, oppressive thing—aren’t quite right. Many German brewers like the idea of purity, but they’re not sure that the current law is appropriate. Among Franconia’s more experimental brewers, there’s a desire for it to be changed to include “natural” ingredients like fruits, herbs and spices.

And most people believe that change will happen eventually. “They’re going to change it, they’ll make it softer,” says Stephan Michel, owner of Bamberg’s Mahrs Bräu. His use of the word “softer” is interesting; the law and the culture it is part of will remain, Michel suggests, even if the rules change a little bit.

For all his commitment to the law, Gänstaller once—just once—brewed a beer in Schnaid that didn’t conform to the modern regulation (he has brewed some non-compliant beers at friends’ breweries outside Germany). It was made with myrrh, and the compliance officer only agreed to let it go once he discovered it was intended entirely for export to Sweden.

“It would be a good idea if the law was changed so that every brewery was allowed to do, say, 5 percent of other types of beer,” he says. “You could put it on the label, that it’s not brewed to the Reinheitsgebot. If you don’t allow that, then it puts Bavarian brewers at a disadvantage.” ■ 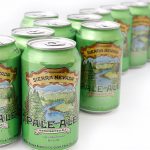 Previous: Beyond the Pale: Is the Pale Ale Passé or Poised for Reinvention? 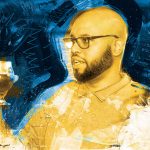