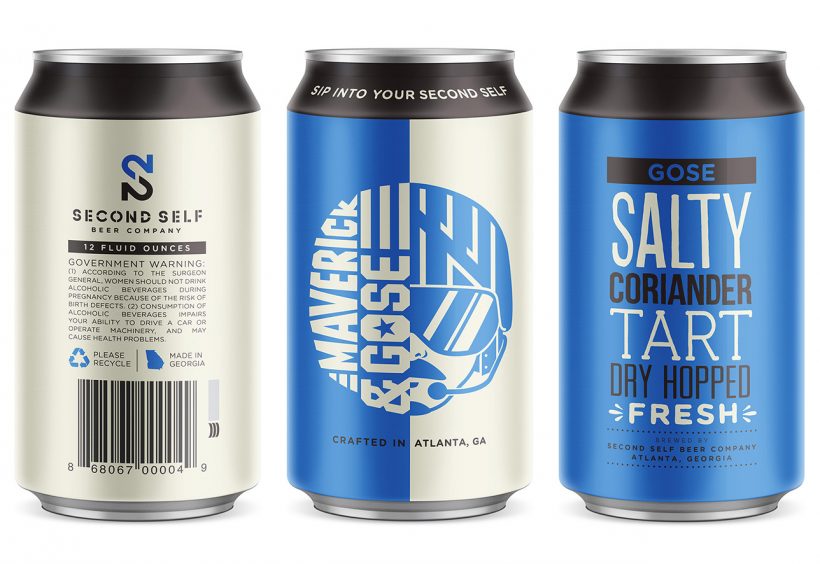 To most people in their mid-30s, the reference “Maverick & Gose” needs no explanation. So when Tex Grubbs shared the name of Second Self Beer Company’s new release with his younger design agency co-workers, he was shocked by their blank expressions.

“I was like, wait, have you ever seen Top Gun?” says Grubb, who designed the image. “It was just crazy for me to think we actually have to explain it. To me, Top Gun is such an iconic movie.”

For those who are a little weak in the ’80s action movie department, Maverick and Goose are the names of the two main characters in the Tom Cruise classic. Their fighter pilot personas are captured in the right half of the beer’s label, while the left half contains the beer name, with some patriotic blue stars and stripes to boot.

“Everything is in twos,” says Jason Santamaria, Second Self’s co-founder and “beer architect.” “Our logo is two twos, our cans are two colors, there’s two sides to the characters on the cans.”

The concept stems from the early days of the Atlanta brewery, when Santamaria and co-founder Chris Doyle held down corporate jobs by day and built their company at night. “We kinda jokingly started calling it our second job, or alter ego, and, eventually, second self.”

Santamaria’s second self could often be found sitting in the aisle of his local bottle shop, comparing sketches of possible flagship designs to what was on shelves. From the bold colors to the “flavor stack” (those five descriptors stamped on each can), “I knew we had the right label when nothing looked like it,” he says.

They had a similar ah-ha moment with the Gose name. While the brewery team was tossing around ideas, Doyle made the Top Gun reference. So they embraced the nostalgia, creating a video spoof of the famous volleyball scene and including movie quotes on the bottoms of cans. 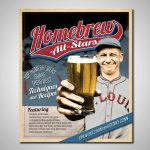 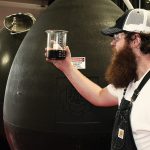